Rumors have been circulating for several months now about an all new LEGO City set, first seen at the LEGO World event in Denmark. The set I’m referring to is a new LEGO City parking-garage (aka. car-park for our UK friends). Below are some pictures taken at LEGO World by Flickr-member Eiker86. (Click on images for larger view.) 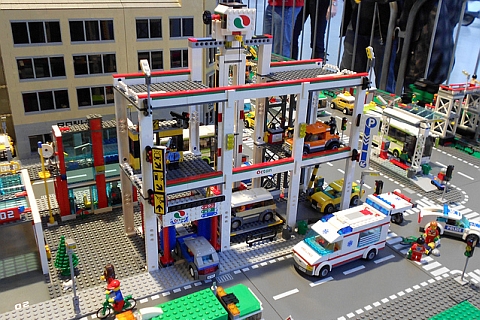 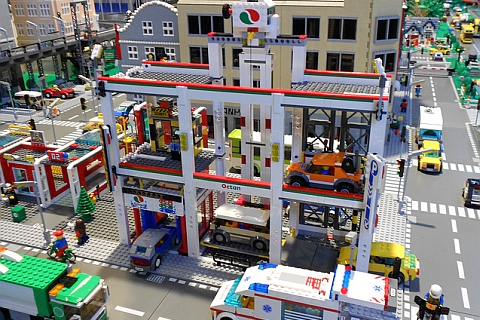 After much discussion on LEGO forums whether this LEGO City set was official or LEGO-fan created, the validity of the set was finally confirmed when the German toys & hobbies website ValueBrick listed them for sale, along with the official LEGO box images seen below: 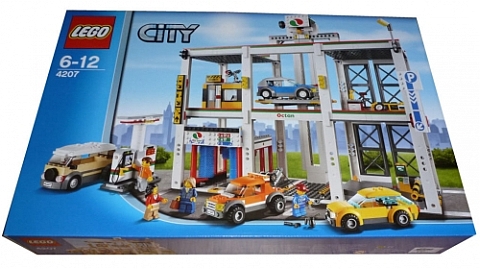 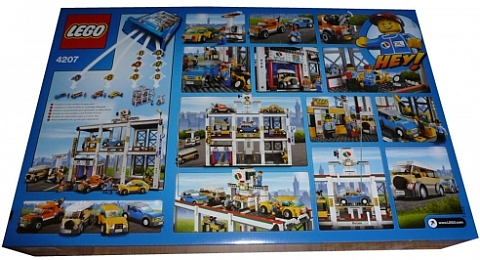 This newest addition of LEGO City is called #4207 LEGO City Car-Park & Garage, and will be available later this year – although if you are in Germany it seems you can get it already. 😉

The #4207 LEGO City Car-Park & Garage set includes an entry-gate with ticket-dispenser, a security guard’s booth, six parking spaces, a mechanic’s area for fixing cars  (which could be converted into another parking space by removing the mechanic’s accessories), a small gas-pump at the back of the parking-garage, and a working elevator that takes cars up and down between the three floors. (It seems that LEGO is putting elevators in quite a few sets lately.)

Four cars are included with the LEGO City Car-Park: a yellow car that seems to be a hatchback version of the car seen in #4435 LEGO City Car & Caravan set, an MPV (Multi-Purpose-Vehicle) which many believe is a LEGO VW Kombi Van, a blue hatchback, and an orange tow-truck (similar to, though smaller, than the #7638 LEGO City Tow-Truck released in 2009). 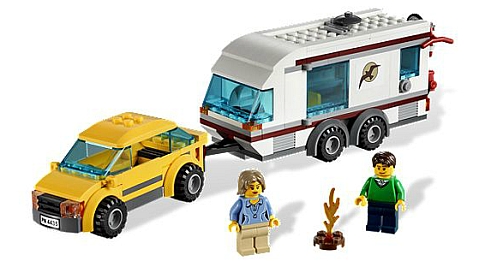 Looking at the pictures it seems that five minifigures are included in this LEGO City set: a female citizen, two male citizens, a security-guard and a mechanic. Here is a great video showing the different features of the LEGO City Car-Park & Garage set by YouTube member MADABOUTLEGO:

I believe the new LEGO City Parking Garage offers a lot of play-value for LEGO City fans, and would also look great in a larger LEGO City display. Parking spaces are pretty tight, but we all know that LEGO minifigures pop off their car-roofs to climb in and out of their vehicles. 😀

Thanks for reading my second review here at theBrickBlogger (you can see my first review here: Limited Edition LEGO Minifigures Olympic Team). Please let me know what you think of the new LEGO City set, and if you have any questions don’t hesitate to ask. Thanks for reading! 🙂

Next post: NINJAGO Season One DVD now for pre-order!