On my last post, LEGO Misprints – Annoying or Unique?, someone made a comment mentioning that the LEGO Star Wars Boba Fett minifigures were being misprinted. I thought maybe the reader saw pictures of the old Boba Fett minifig and thought it was a misprint. I then explained the difference between misprints and variants, and Admin suggested that this would make a good post. So, here it is! First off…

Please note that LEGO minifigure “versions” and “variants” are in fact official terms used by LEGO in books like the LEGO Star Wars Character Encyclopedia. Here is a quote from the Star Wars Encyclopedia:

The book distinguishes between “versions” of minifigures and “variants”. Versions are separate minifigures in their own right – so each version has its own page. Variants are the same version of the minifigure but with modifications. For example, there are ten versions of Luke Skywalker in this book; one of those is X-wing pilot Luke, and that minifigure has been released in five different variations or variants. Like Luke, some minifigures have lots of variants, though, sadly, not all of them can fit in this book.

So as you can see a variant is the same minifigure but with a slight change, such as a minifigure with yellow skin or with a more detailed torso. See below two variants of the LEGO Star Wars Episode III Obi-Wan Kenobi. 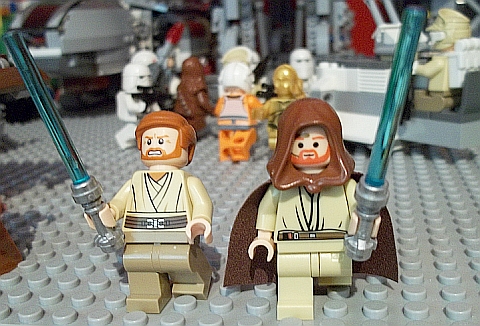 Some minifigure variants are easy to spot, while others are very hard to notice; like a small change to the facial features or a lighter colored hip-joint. Some variants are made to make minifigures more detailed (like in a later release of the same minifigure), and others are exclusives to a particular LEGO set. Take a look at the picture below: the LEGO Star Wars Rebel on the left comes in a battle-pack, while the other one is exclusive to the AT-AT. 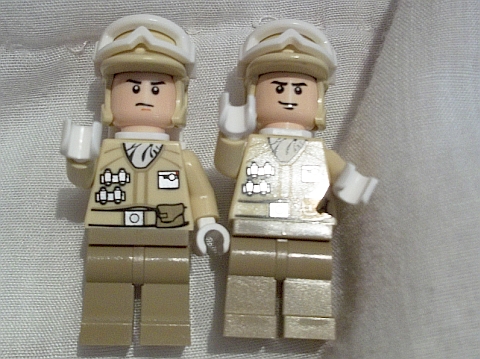 Some variants could easily be mistaken for a misprint, like the difference between the old and new Stormtrooper torso-designs. The original torso compared to the new 2012 design can look somewhat “blurry” or “fuzzy”, even though, in my opinion, the old design is more accurate than the new one. Still these could easily be thought of as a misprint. 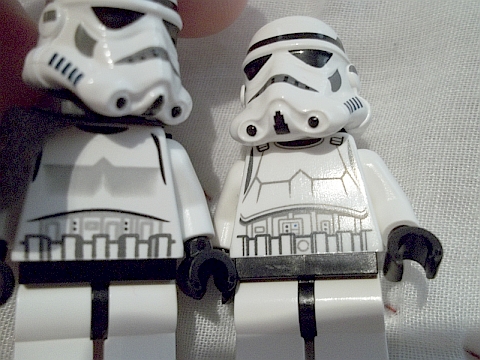 Some variants cannot be noticed unless the LEGO minifigure’s helmet is removed; such as the LEGO Star Wars Scout-Troopers and Tie Pilots. 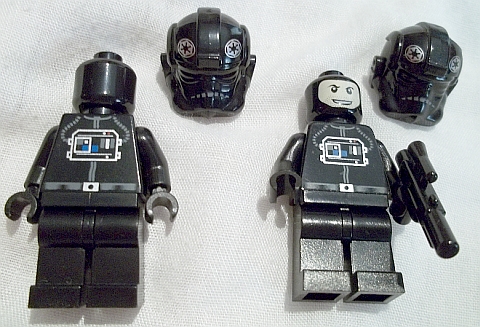 Now that we have discussed LEGO minifigure variants, let’s discuss… 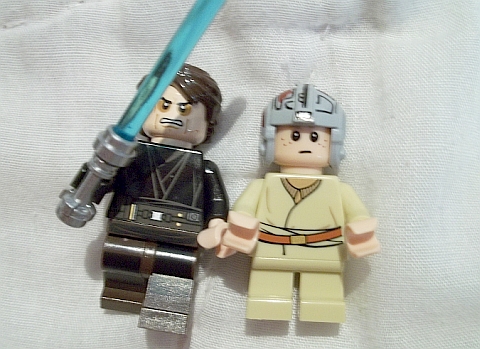 And now the epic conclusion; something entirely different than LEGO minifigure versions and variants, something that not suppose to exist…

Below we have the LEGO Star Wars R2-D2 2008 design on the left, 1999-2007 variant in the middle, and a misprint on the right. A variant or a version is a documented minifigure while a misprint is not. It simply means that the printer was not properly aligned, creating an off-printed minifigure. 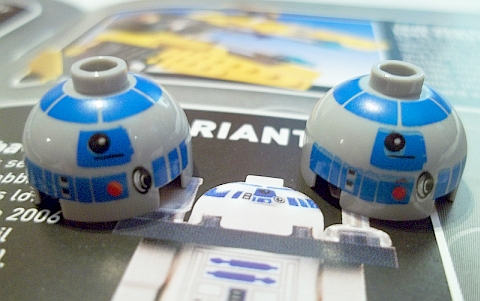 So to conclude; LEGO minifigure misprints are the same shape as the printing on the correctly printed minifigure (with possible deformation), but looks out of place. If the print looks uniform it is most likely a variant. I hope I made clear the differences between LEGO variants, versions and misprints. Let me know what you think and if you have any comments or questions. 🙂

Also, just wanted to let you know that with this last article, I have become an official TFOL (Teen-Fan-of-LEGO) contributor at TBB and got my own Contributors Page. Yay! If you would like to know more about me or just say “Hi”, please visit my page. You can also read my previous articles listed below, and I will post more when I get some new ideas. 😉

Next post: BrickArms will be in Chicago for Brickworld