A new LEGO aircraft is coming soon that would greatly appeal to LEGO model builders and collectors; a second version of the LEGO Sopwith Camel. If you have been around LEGO you know there was a previous version; the #3451 LEGO Sopwith Camel, released in 2001 (see below). 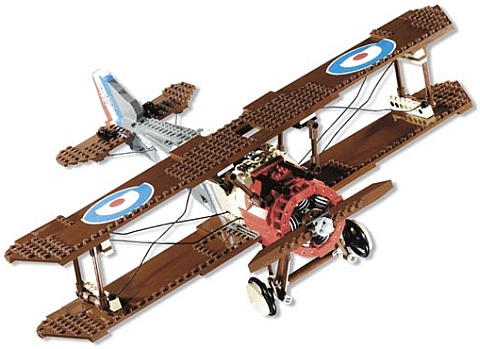 The real Sopwith Camel was a British First World War single-seat biplane fighter introduced in 1917. Manufactured by Sopwith Aviation Company, it had a short-coupled fuselage, heavy, powerful rotary engine, and concentrated fire from twin synchronized machine guns. Though difficult to handle, to an experienced pilot it provided unmatched maneuverability. A superlative fighter, the Camel was credited with shooting down 1,294 enemy aircraft, more than any other Allied fighter of the war. It also served as a ground-attack aircraft, especially near the end of the conflict. You can read more about the Sopwith Camel on Wikipedia. 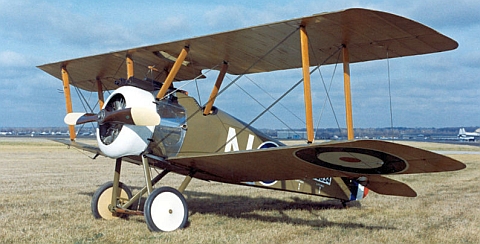 Now, the legendary Sopwith Camel, the aircraft flown by WWI aces and one of the most recognizable British aircraft to take to the skies, has been recreated as a LEGO Exclusive model; the #10226 LEGO Sopwith Camel. 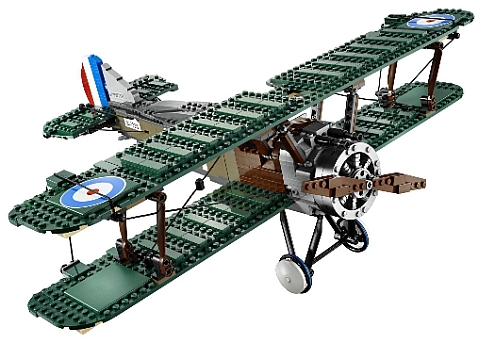 The biplane that took on the Red Baron Manfred von Richthofen and his flying circus has been turned into an authentic LEGO model with moving parts that captures the Sopwith Camel’s classic looks. “Getting to design it was a real treat”, says Jamie Berard, Lead Designer for LEGO Exclusives. “We made a Sopwith Camel in 2001, but that was more of a visual model, beautiful to look at but without any functionality.” Here is a video with Jamie explaining the new LEGO aircraft design:

Here are some of the unique features of this new version of the LEGO aircraft: 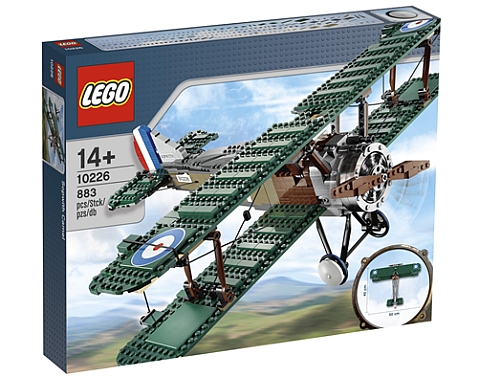 There is also going to be a mini version of the Sopwith Camel available as a freebie in the month of June. 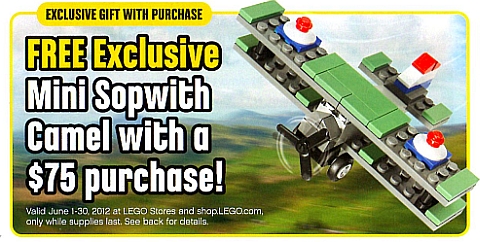 I believe this new LEGO aircraft will appeal not just to LEGO fans but also model builders in general. I know modeling planes is a huge hobby, and this version of the Sopwith Camel seems to give enough realistic details to model builders to satisfy their hunger for realism and a good challenge. What do you think? How do you like this new LEGO aircraft? Share your thought in the comment section below. 😉