When you build LEGO creations sometimes it’s just difficult to build a huge backdrop to finish your layout. Either you’ll start to get bored creating building after building, or you just don’t have enough LEGO pieces. The LEGO building technique I’m going to share with you today is called forced-perspective, that can remedy this problem. 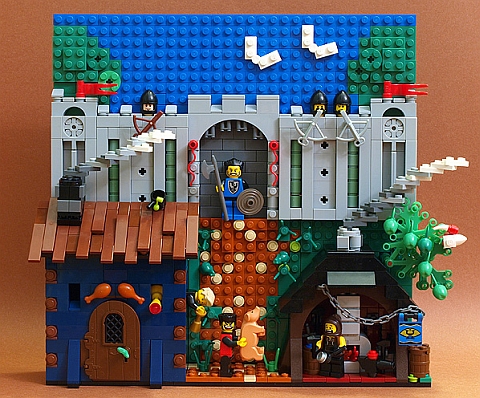 Wikipedia explains that forced-perspective is: “A technique that employs optical illusion to make an object appear farther away, closer, larger or smaller than it actually is. It is used primarily in photography, filmmaking and architecture. It manipulates human visual perception through the use of scaled objects and the correlation between them and the vantage point of the spectator or camera.”

This fun video by Studiocanoe shows how with a little bit of imagination forced-perspective could be used easily in any setting! 🙂

For LEGO fans using the forced-perspective technique in their LEGO creations makes it easier to create backdrops where you want a large layout, but you don’t want to build a whole bunch of large buildings. Using forced-perspective, all you need is strategically placed micro-scale LEGO builds to achieve a beautiful backdrop that looks realistic and gives the illusion of a much larger setting. You just need to set it up right. 😉

Here is a simple, yet profound example of how forced-perspective manipulates the perception of distance and size from Master Shifu Leo: 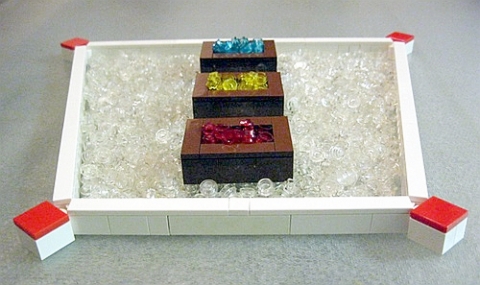 Here is an example of forced-perpective by Master Shifu Leo

Don’t see anything extraordinary? Then check out this behind-the-scene image to show you how forced-perspective just tricked your eyes! 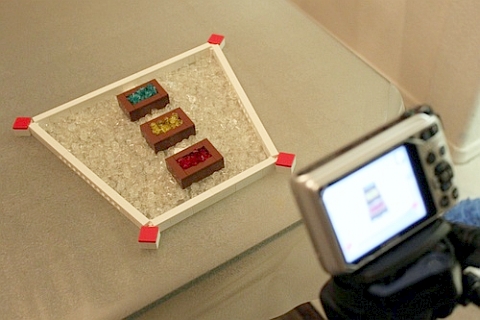 This next LEGO creation is by infomaniac. It depicts the last scene from the Lord of the Rings trilogy when Gandalf, Frodo, Galadriel and Elrond depart Middle Earth. Notice how using the forced-perspective technique the LEGO artist was able to achieve a greatly expanded view reaching all the way into the distant horizon. (Click images for larger view.) 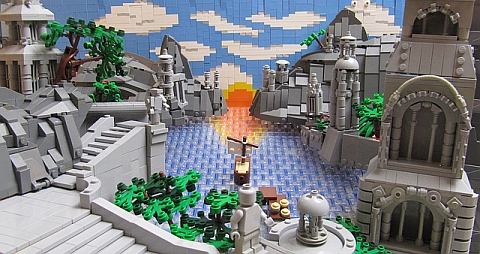 This LEGO vignette by True Dimensions shows how forced-perspective works. The background is actually just micro-scale LEGO builds but with a little forced-perspective effect it looks a lot like normal-scale ships, planes and defense-turrets. 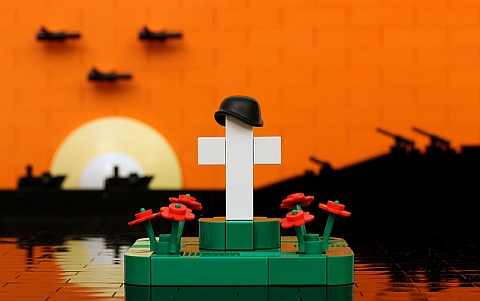 This LEGO castle scene by The Globetrotters is awesome. Forced-perspective in LEGO building is like mixing micro-scale with normal-scale, at the same time making it match and look good! 😀 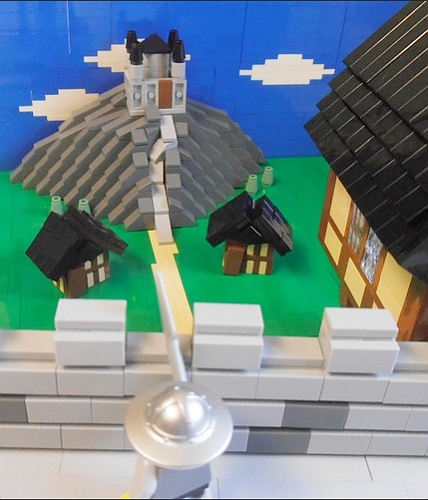 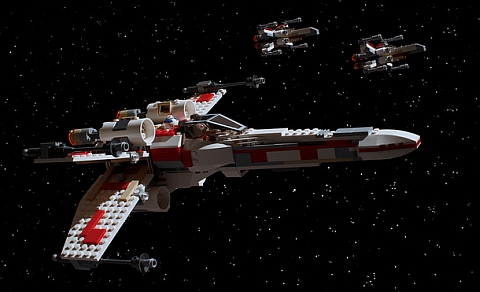 Using forced-perspective in a Star Wars space setting by Blockaderunner

I hope this article gave you an idea of what is forced-perspective and how to use it in LEGO creations to achieve magical effects. I have attempted to give you a good mix of examples, but there is a lot more. You might want to check out the LEGO Forced Perspective Flickr Group for more examples and ideas. 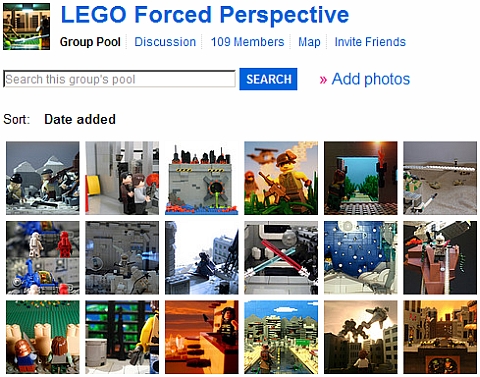 So what do you think? Have you used the forced-perspective technique in your own LEGO creations? Did you have success? Let me know in the comment section below! Also, this is my first post here, and I’m a KFOL (Kid-Fan-of-LEGO). Hope you liked it. Feedback is appreciated! Thanks! 😉