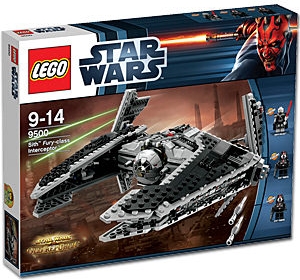 The ship itself is quite all-right with an opening cockpit, folding control panel, folding wings, flick missiles and opening rear hull with space for two minifigs. Here are some images from Brickipedia to show some of the details (click image for larger views on Brickipedia): 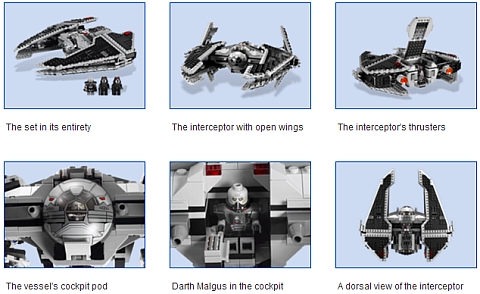 However what is really unique about this LEGO Star Wars set is the minifigures included; Darth Malgus and two Sith Troopers. According to many LEGO fans these are some of the most gorgeous Star Wars minifigures LEGO ever designed. Just take a look:

And here are some detailed pictures of both Darth Malgus, and the Sith Troopers (images by Flickr member ExoBrick):

Darth Malgus, in particular – with printing on both front and back of his torso, legs, and armor-piece – is a real beauty. Even the head-printing is nice, given the fact that Malgus is still an ugly Sith Lord! 🙄

And here is another interesting image from ExoBrick, where he uses various official and custom LEGO heads to match up with the Darth Malgus armor: 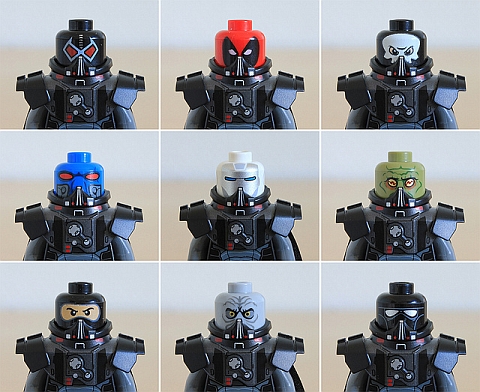 As you can see this LEGO Star Wars armor piece has a lot of usage and looks great with lots of different combos for evil/alien/space characters. Which one is your favorite? Share your thoughts below! 😉

You may also like to check out the LEGO Star Wars section for other posts, or select from some of the latest posts below:

Next post: LEGO Star Wars dioramas on a grand scale!

Previous post: Do you want to sell your retired LEGO sets?