If you are a LEGO Star Wars fan, you have to meet ACPin. His LEGO Star Wars dioramas are legendary for their size, detail and accuracy. Here I will show you some of his work, and also give you links so you can see more. (Click on any of the images for larger view.) 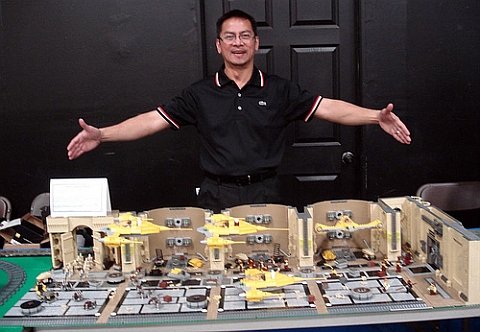 Below are some of the latest LEGO Star Wars dioramas from ACPin. Again; it is hard to display such huge awesomeness in a narrow column like this, so click on the picture to go to ACPin’s flickr page to see a larger version. 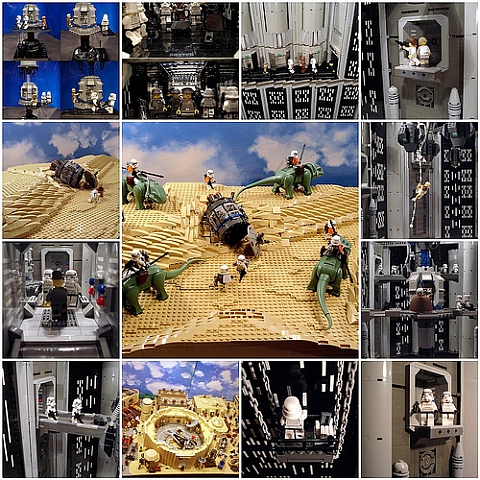 Here are some earlier LEGO Star Wars dioramas by ACPin; scenes from the Death Star that took eight months to complete. Look at all those details! 😛 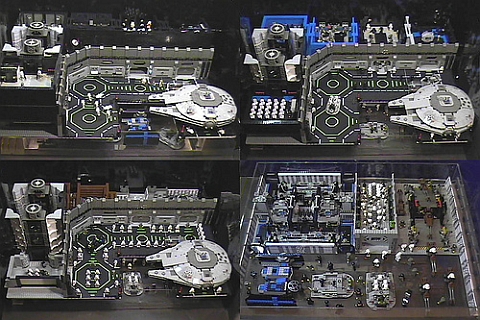 And here is the scene when Queen Amidala and her retinue are escorted from the palace by droid captors taking them into a detention-camp, as they see troops marching and tanks rumbling through the palace-plaza. 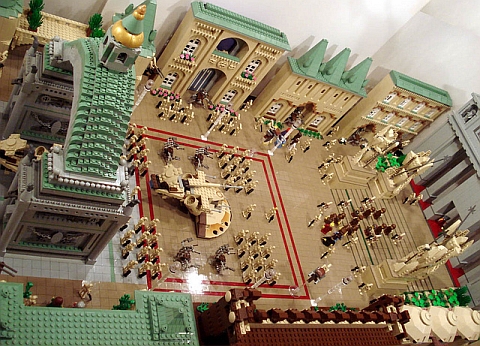 While Luke sets up camp in the gloomy swamps of Dagobah, he senses that there’s something watching his every move. Suddenly he turns and confronts a gnomish green creature that’s been hiding from plain sight… 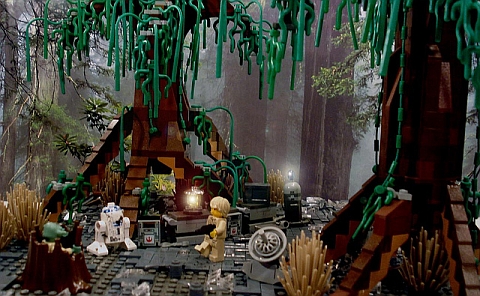 Below, the first in a series of Imperial Transports – built for the efficient deployment of troops – has been given clearance to land on the main landing base. Lord Vader himself awaits their arrival to see the touted performance of the transport and its crew. 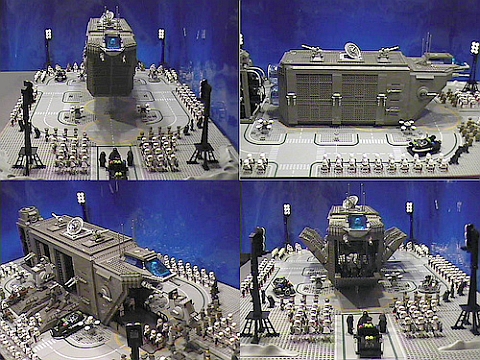 “Oyl, moole, moole, isa maxibig!” Sorry, couldn’t help myself! I just had to add this picture! 🙄 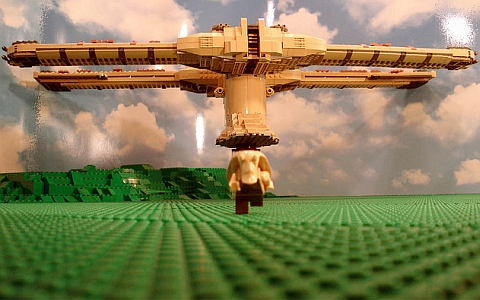 And there is a lot more! I just wanted to give you a taste of ACPin’s LEGO Star Wars dioramas for inspiration and ideas. If you would like to see more you can check out his flickr gallery or his website. ACPin also has several of his LEGO Star Wars projects listed on CUUSOO, so if you want them to be made into actual LEGO sets you can support his projects here: LEGO Star Wars Modular Buildings & Locations by ACPin. What do you think? 😉