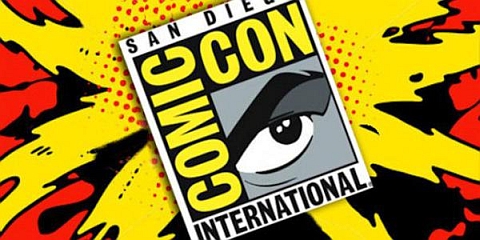 Through the years the convention grew to include a larger range of pop-culture elements, such as horror, animation, anime, manga, toys, collectible card-games, video-games, webcomics, and fantasy novels. Comic-Con is the largest convention of its kind in the Americas and the fourth largest in the world, with about 150,000 attendees each year.

So why is Comic-Con a big deal for LEGO fans? Well, because the LEGO Group participates every year, revealing upcoming LEGO sets, as well as exclusive items only available at the convention. Practically all LEGO forums and blogs try to send their representatives and provide first-hand news, so it is a good idea to keep your ears pressed to the news-wires. 😉 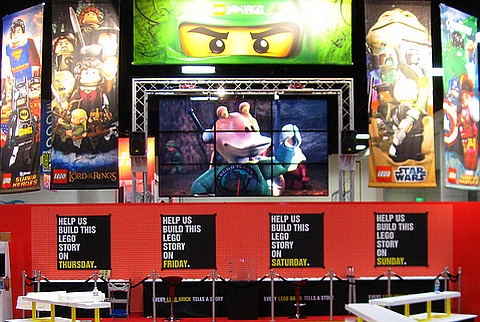 Here I will share with you the official Comic-Con press-release from LEGO, so you get an idea  what’s happening during the convention. 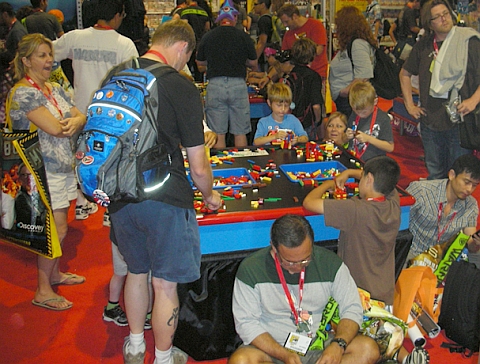 “Each year we’re overwhelmed by the excitement Comic-Con fans show toward the LEGO brand and the new playsets we introduce based on their favorite characters and storylines”, said Michael McNally, brand relations director, LEGO Systems, Inc. “As we celebrate our 80th anniversary this year, we’re pulling out all the stops in San Diego to show fans how the classic LEGO brick continues to build popularity among children and adults of all ages with a rotation of themes and activities for fans of all interests.”

The imaginations of fans attending the show will journey to Middle-Earth when they catch a sneak-peek of the first LEGO The Hobbit set in the upcoming collection, and a preview of short videos for LEGO The Lord of the Rings that are scheduled to air on Cartoon Network. The excitement continues with a hands-on Hobbit-themed scavenger hunt to build Bilbo Baggins in LEGO minifigure form. Attendees may pick up the first piece of Bilbo along with a special Middle-Earth map at the LEGO-booth, which will lead them on a show-floor journey to collect the missing pieces to complete the Bilbo minifigure. The reverse side of the map includes instructions for a LEGO The Lord of the Rings contest that challenges fans to build any scene from The Lord of the Rings trilogy for a chance to win a trip to LEGOLAND California along with a Warner Bros. Studio tour. For those not attending the show, instructions can be found at TheLordoftheRings.LEGO.com. LEGO Systems will also host a raffle to award one lucky winner a custom 5-inch model of Bilbo made completely out of LEGO bricks. 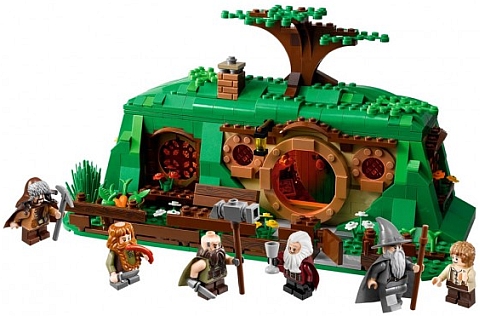 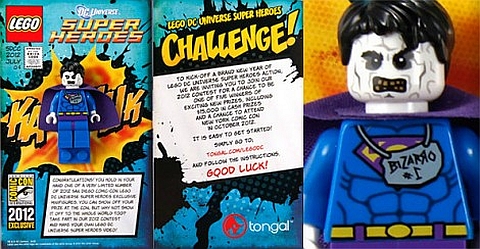 LEGO Super Heroes: MARVEL sets and buildable action-figures bring scenes of great Marvel characters such as the Avengers, Spider-Man and X-Men to life, in addition to new characters unveiled for the first time in their 2013 LEGO MARVEL Super Heroes minifigure form. A life-size model of the Incredible Hulk in LEGO form will dominate the show floor, 2012 construction sets will be displayed and an exclusive 5-inch Spider-Man in LEGO form will be given away to one lucky winner who enters Friday’s raffle. 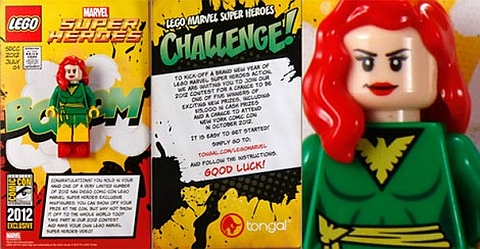 ➡ LEGO Star Wars – Saturday, July 14: May the Force be with San Diego Comic-Con visitors as LEGO Systems unveils the new LEGO Star Wars Rancor Pit construction set, one of 20 new LEGO Star Wars sets launching in 2013 and a sneak-preview of the latest LEGO Star Wars episode slated to air on Cartoon Network. To complete this day’s expedition, a one-of-a-kind 5-inch Luke Skywalker in LEGO form will be given away to one lucky winner who enters the raffle. 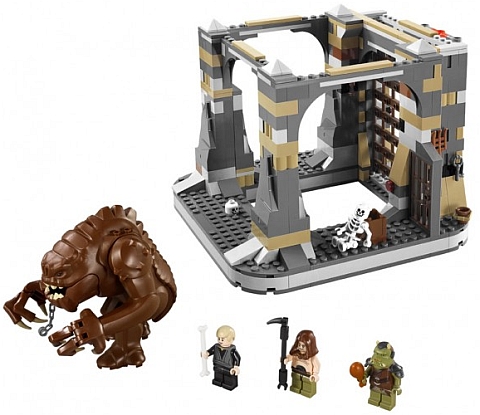 ➡ LEGO NINJAGO – Sunday, July 15: One of the most successful LEGO play-themes ever, NINJAGO introduces a new chapter to a storyline that merges classic construction with social and virtual gaming experiences, anchored by 26 episodes of the NINJAGO: Masters of Spinjitzu animated television series airing on Cartoon Network. Devoted ninja should gather at the LEGO booth at 2 PM PST on Sunday for a special NINJAGO announcement that will further the excitement of this original story. An exclusive panel discussing all things LEGO NINJAGO takes place Sunday morning at 10:30 AM in room #8. A one-of-a-kind 5-inch green LEGO Ninja will be awarded to winner of Sunday’s raffle.

All around exciting news, isn’t it? What do you think? If you would like to keep track of LEGO’s presence at the San Diego Comic Con, I recommend you follow the news by our blogging friends over at FBTB.net as they are present at the convention. I will also keep you posted especially on new LEGO sets once images are released. 🙂