Bricks & HEROES at the MCFC event

(Written by Chris of Yoda Archives)

Have you ever been to a comic-convention like the recent San Diego Comic Con? These are fun events featuring comic books, science-fiction, fantasy, gaming, horror, costuming and other awesomeness to satisfy and dazzle comic fans. And usually they have LEGO too! Below I will tell you about an upcoming convention you might want to check out! 🙂 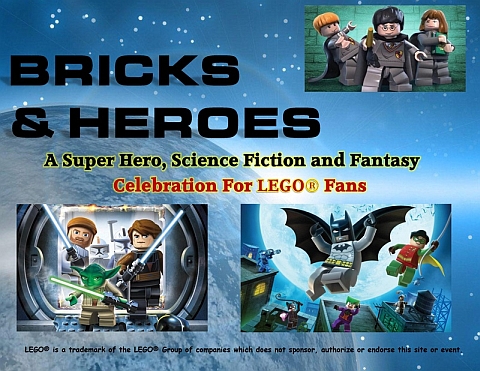 Following in the footsteps of other comic-conventions where the LEGO company is now regularly featured, this November the 3rd Annual Memphis Comic & Fantasy Convention (MCFC) is adding a BRICKS & HEROES LEGO section to celebrate super-heroes, science-fiction, and fantasy themed LEGO. In fact, this is the Mid-South’s first ever LEGO-fan celebration! It will include LEGO MOC-displays, a LEGO stop-motion animation film-festival, LEGO vendors, and LEGO panel discussions.

LEGO related vendors who already confirmed their presence at the Memphis Comic & Fantasy contention include:

I talked with Joe Thordarson, the convention’s director, who said there more vendors will be announced soon. He told me about a couple of them… let’s just say I’m really excited!  Once Joe makes an update on the convention’s website, I will post an update here in the comments section. Here is a short video introducing the event:

Would you like to join the fun? They still have some room for LEGO MOC exhibitors. Your MOC must be family-friendly and they want themes to fit the overall convention theme of super-heroes, science-fiction and fantasy.

For LEGO animated movies the deadline is October 18, 2012. LEGO movies need to be genre-based, featuring super-heroes, science-fiction, or fantasy themes. All movies must be family-friendly. To submit your movie, please copy it onto a DVD, and mail it, and all of your contact information to: BRICKS & HEROES – 925 Colonial Rd. Memphis, TN 38117. Prizes will be awarded for best submissions! 😀 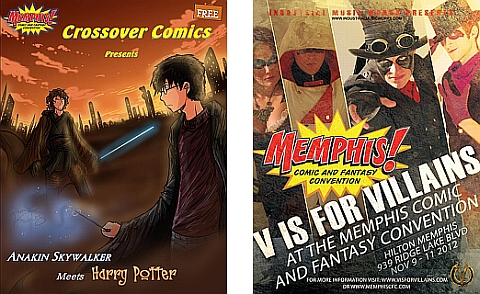 Also note that LEGO is just part of this convention. MCFC will host science-fiction writers, artists, gaming, panel discussions, and costuming. There will be children’s art and short story contests. A costume contest will be held Saturday night. The Convention will have an exhibitor-hall with comics, art, and toys. These cons are great for collecting comics and toys or discussing your favorite movies or shows. This year the convention is at a new location, the Memphis Hilton. 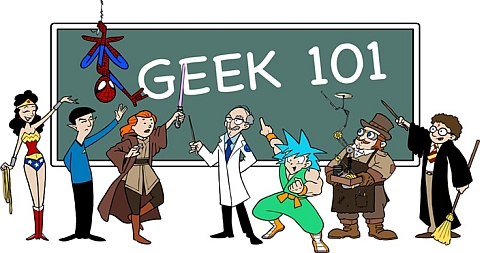 Tom Kenny, the voice of Spongebob Squarepants is going to be the Guest of Honor at the event.  He will be at the con on Friday and Saturday. The first 250 people to buy three-day passes will get a Tom Kenny autograph photo. There will even be a Bikini Bottom MOC to coincide with Tom Kenny’s appearance. 🙄 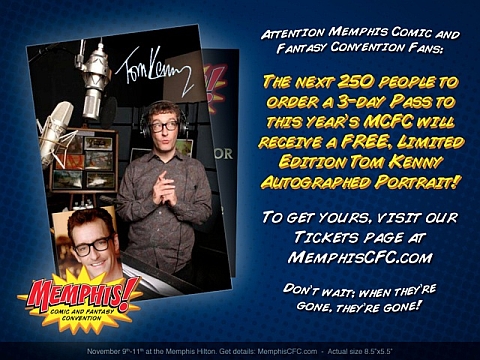 I’ve attended comic conventions before but never a LEGO exhibit. I’m looking forward to this one! I will be there with my toy-photography prints and my wife’s handmade fairy-wings. I won’t be in the LEGO section since my work is not exclusively LEGO. But I will report on the event once I get back. 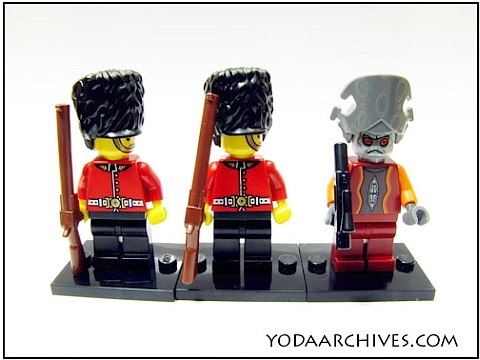 The Memphis Comic & Fantasy Convention will be held November 9-11, 2012 at the Memphis Hilton, in Memphis, TN.  Three-day passes are $35 and single-day passes are $15. Children under the age of six are admitted free. You can purchase tickets here: Buy MCFC Tickets. There is also a link to book your hotel room: MCFC Hotel Booking. 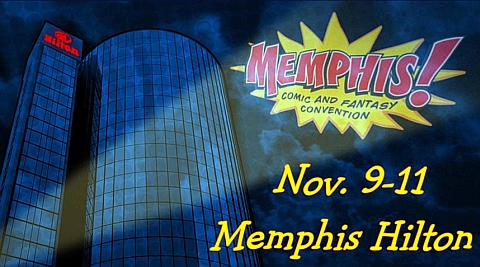 What do you think? Are you planning to be there? Please let me know in the comment section below. I hope to meet some of you guys from TBB there! If you are in the area please attend and come by to say “hi”! 🙂