How much do you know about LEGO?

Just the other day we were celebrating LEGO’s 80th birthday (read here: Wishing Happy 80th Birthday to LEGO!), so I got interested in digging a bit into LEGO’s history. I’m a KFOL (Kid-Fan-of-LEGO), so I thought this would be useful for other kids my age, and adults may find something interesting too. 🙂 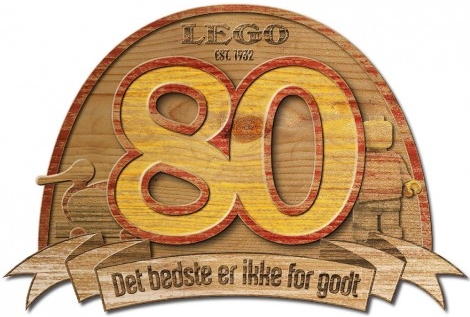 All right, so you got every LEGO set imaginable in your room. You have LEGO minifigures in an orderly fashion on your shelf in a special display-case made of LEGO bricks. Once you get off that school-bus you dump your bag and start playing with your LEGO Star Wars spaceship. Your mom constantly reminds you to empty your pockets full of minifigures because she keeps getting them in the wash. (I lost my favorite minifig at my best friend’s driveway. It got all scratched up.) You want to dress up as a LEGO brick for Halloween… you are obviously a LEGO fan… 🙄

But how much do you know about LEGO’s past? Where did LEGO start? What in the world does LEGO even mean? Well I’m going to let you in on some LEGO facts that you may have not known… 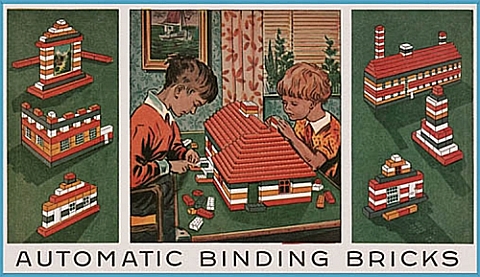 The LEGO Company was started in 1932 by a man named Ole Kirk Christiansen in Billund, Denmark. In 1934 he came up with the LEGO name by combining and abbreviating two Danish words, LEG GODT, which means “play well”. Ole Kirk died in 1958, and the company was handed down to one of his sons, Godtfred. 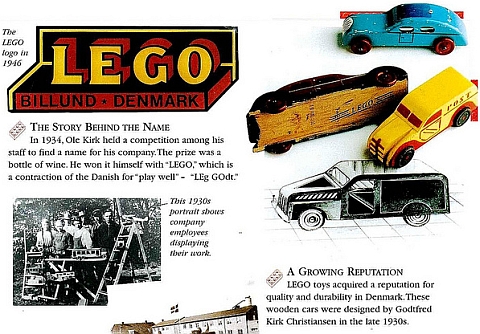 This was also the time the company launched the LEGO bricks as we know them today, with the “clutch-power” for the bricks to cling to each other and separate easily. Really, if it weren’t for that clutch-power LEGO bricks would be all over the place! Did you know that the main character in LEGO: The Adventures of Clutch Powers, is a reference to that? 😎

One amazing thing is that LEGO bricks made in 1958 are still compatible with, and can stick to LEGO bricks made today! Here is a nice video on LEGO’s history and a tour of the LEGO factory in Denmark:

In 1962 LEGO started experimenting with motors, and 4 years later the first LEGO Train is introduced with a 4.5 Volt motor and rails. 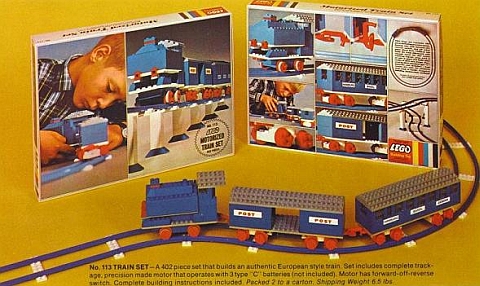 In 1968 the first LEGOLAND is opened in Billund, Denmark. It’s right next to the original LEGO factory. 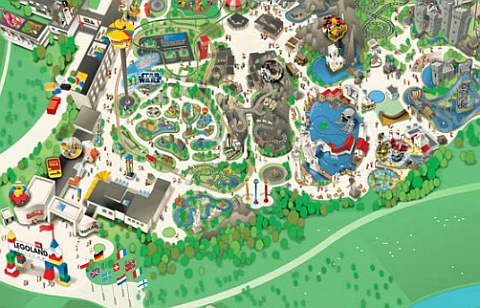 In 1969, LEGO DUPLO is launched. It was made with little kiddies in mind so they made the LEGO bricks bigger.

The first modern LEGO minifigure was released in 1978. In LEGO started giving the first pirate minifigs different facial expressions instead of the usual dot eyes and simple smile. With the Pirates theme also came the first hook-arms and peg-legs. 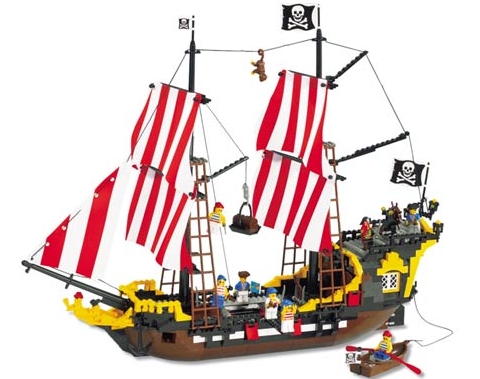 In 1998 the LEGO group made an agreement with Lucasfilm to launch a series of Star Wars sets based on the movies. The agreement was recently extended by another 10 years.

In 2006 the first LEGO League Tournament Finals takes place in Atlanta, Georgia. 80 teams of kids from 30 countries around the world participated in the competition.

In 2009, LEGO introduces buildable board-games to enhance family game nights. They turned out to be quite fun!

In 2011, LEGO chooses Burj Khalifa – the world’s tallest building – as the latest set in the LEGO Architecture series. It’s the first building in the series to represent a building outside of North America. (Which I find sort of funny since LEGO was founded in Denmark, not the USA.)

Here are some other fun facts about LEGO and the company:

That’s the end of our little tour of LEGO’s past and the present. As for the future, my guess is that LEGO will continue being successful, continue making new LEGO themes and people will continue enjoying LEGO well into the future! 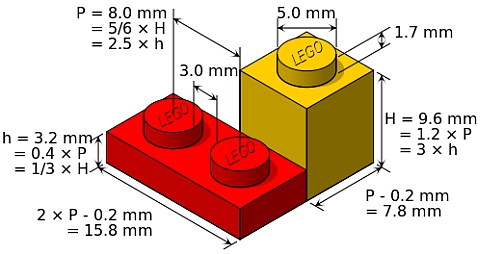 To write this article I mainly used Fact Monster and Wikipedia. Please note that some of the dates did not match on the various sites I used for research, so there might be some discrepancy. Also, I’m a KFOL (Kid-Fan-of-LEGO) and this is my first article at theBrickBlogger. Feedback and comments are appreciated! 😉

So, did you learn anything new or interesting about the history of LEGO? Or are you saying to your computer, “Of course I knew all this stuff!” I learned a lot just by writing this article! Got any more fun facts for me and our readers? Share them below! And you may also like to check out: