A LEGO forest for fairy friends… what more magical could you ask for? Sean and Steph Mayo (a.k.a. Siercon & Coral) created an incredible enchanted LEGO forest touched by the magic of the fairies. Check it out! 😛 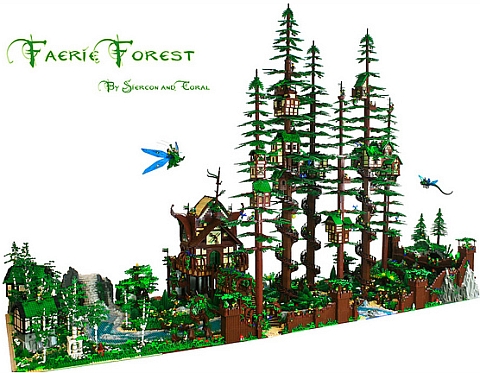 The Fairy Forest is here! Deep in the heart of Avalonia on the Mystic Islands lies a land rich with magic and mystery. Here is the Fairy Forest capitol home to more than 200 forestmen and elves. The world’s most elite archers are found here in its renown Archery Guild. And if you’re looking for an earth-wizard, ent, or fairy dragon-rider, here is the place to find them. One can even see the expanse of the mystic isles from the Redwoods hundreds of feet tall. It is here that Coral and Siercon make their home… 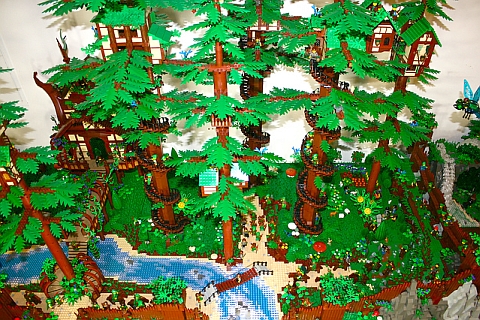 Fairies sit atop the towering Redwoods and forestmen climb long spiraling staircases to reach their homes in the branches… (This picture gives you a good aerial view of the whole forest, although details are harder to see.) 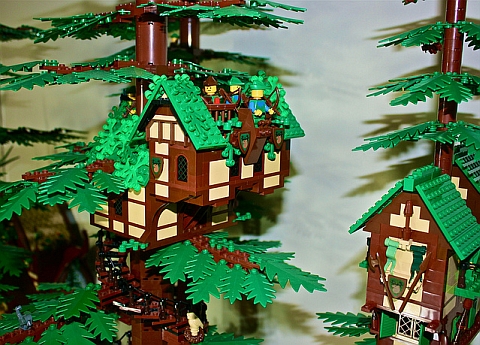 Many of the forestmen dwell over a hundred feet from the forest floor… (Note the nicely done timber-frame on the houses, and the lovely staircase.) 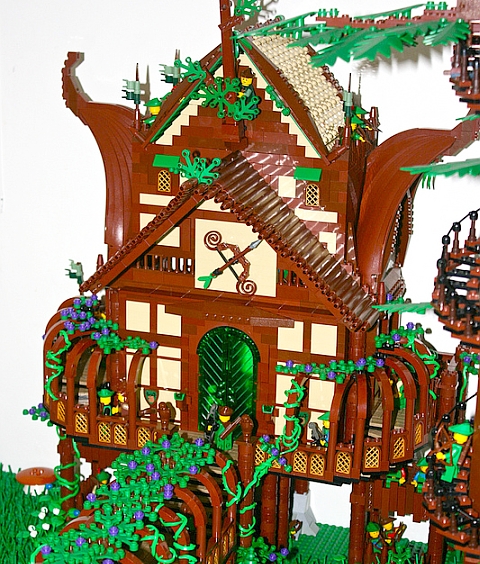 Elves, forestmen, and the occasional recruit come to the Forestmen Guild to train under the finest archers in the world… (Check out the wonderful use of the ship parts as well that gorgeous bow & arrow insignia above the gate!) 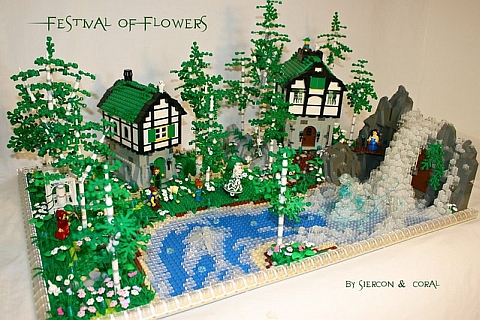 This is the left-side of the Fairy Forest, which was originally a separate diorama called Festival of Flowers. There is a sweet story behind it: Silas looked slowly round at the youthful faces gazing up at him in anticipation. This small journey was their rite of passage, a time of testing as well as instruction. He waited until the forestlings had settled around the warming fire, preparing themselves for a night of lore and adventure. Silas cleared his throat. “Are you ready to listen? To become a Forestman, like your parents and like me, to hear the tales of your ancestors?” He chuckled to himself as he watched the innocent smiles that grew among them. “Good. Our first tale is from long ago, when forestmen first came to this place… (Read the rest of the story here: Festival of Flowers – The Story) 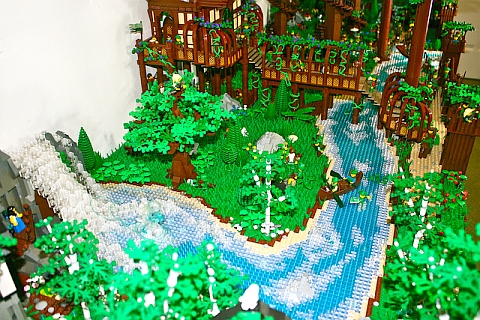 Water-nymphs and goddesses lace the river with magic, causing every form of magic to bloom on the forest floor… (The whole forest is full of cleverly designed flowers and other vegitation from the most unlikely LEGO parts.) 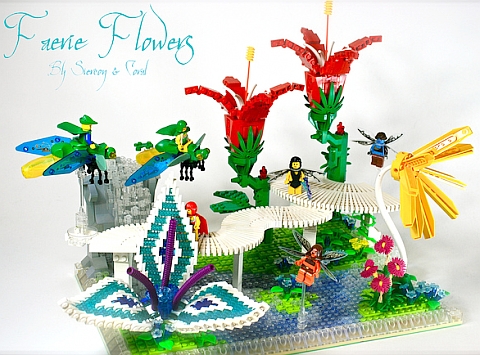 The Fairy Flowers scene here was also originally a separate diorama that was later incorporated into the Fairy Forest. The techniques for making the flowers are especially nice, and of course we have to mention the cute fairies! 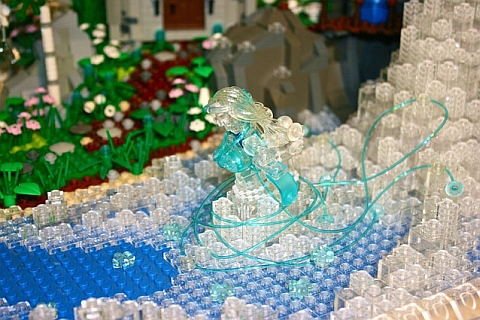 There are many more wonderful details of the LEGO Fairy Forest; more tree houses, a fortress wall and towers, a mystical cave full of jewels and gold, forest-flowers of all colors and shapes, and all kinds of magical creatures (like the Water Nymp above). So I recommend checking out Sian and Steph’s Flickr gallery for more: The LEGO Fairy Forest Gallery

Please note that many of the techniques used in the LEGO Fairy Forest are the same or similar to the ones discussed in the LEGO Medieval Village Tutorial. So, if you are not sure about a technique, you will likely find detailed instructions there.

So what do you think? Are you inspired to build your own LEGO Fairy Forest? Or did you catch some interesting details you would like to add in your own LEGO designs? Share your thoughts and comments below! 😉

Next post: New LEGO book: You Can Build It!