If you have been around the LEGO community for a while you have likely heard of Heather Braaten (a.k.a. LEGOGirl). Heather was the sunshine of the LEGO fan community and a very active participant of LEGO conventions, until her tragic passing earlier this year. I’m planning to feature some of Heather’s lovely LEGO doll-houses and other creations in future post, and today I would like to share with you her LEGO Darlings. 🙂 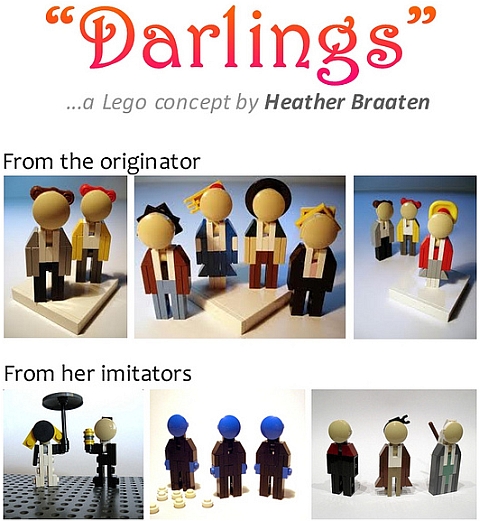 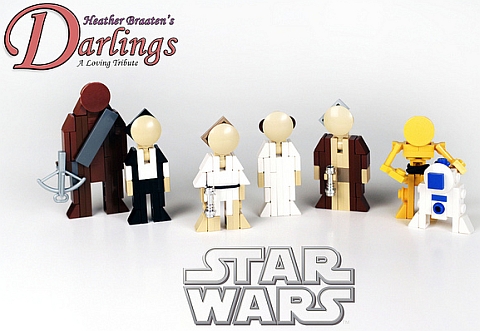 In fact, for the upcoming BrickCon2012 LEGO convention held in Seattle, Washington, a group of LEGO fans are organizing a LEGO Darlings community-display as a tribute to Heather. LEGO fans attending the event are encouraged to bring their own Darlings to share and display.

Darlings are fun little LEGO figures that are easy to build and customize any way you want. If you are planning to attend BrickCon this year I would encourage you to bring your own LEGO Darlings. Or you may just want to play around and build some for fun and a good challenge to stretch your building skills. 😀 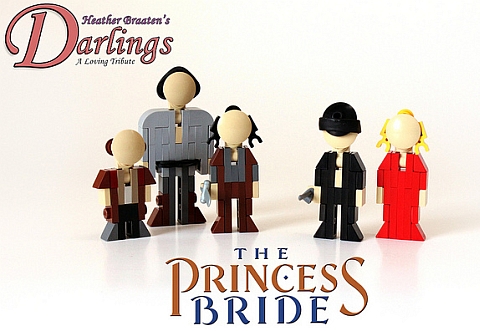 Below are the basic building instructions for Darlings as shared by Iain Heath (Ochre Jelly): There’s no one right way to construct a LEGO Darling, and no strict rules either. But this example of a blank Darling gives you some idea of the basic technique. The distinct look of a Darling comes largely from the boat-stud face and cheese-slope shoulders. Typically, the left and right halves of the body are identical, facing in opposite directions, connected by a 1×1 plate with ring, which also serves as the connection point for the head. Sometimes you’ll find it necessary to build the left and right halves as a single unit, facing one way, with just the remaining shoulder facing the other way. You may find it hard to add detail to a Darling and still keep all the bits connected. But resist the temptation to solve this by just making the whole model 2 studs deep, as this will spoil it’s delicate proportions! A certain amount of trickery at the back is ok, so long as it’s not visible to the casual observer. 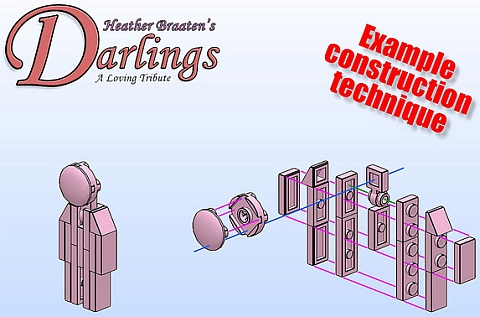