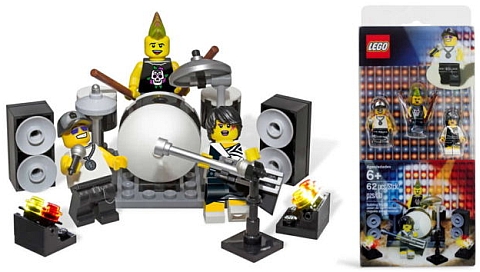 Please note that even though these are the official LEGO pictures for the Rock Band, on the photo above the female singer is shown with the wrong hair-piece. The actual minifigures look like this: 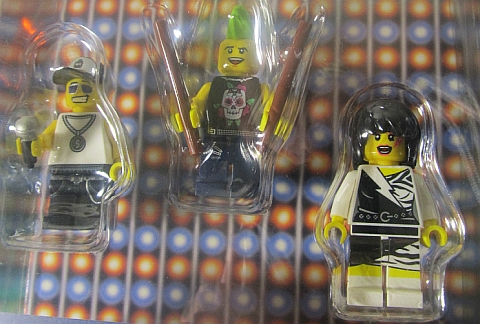 I particularly like the Rapper’s spiky hair and the hair of the Rocker Girl in new colors. I found the previously released pink versions a bit shocking, but these are really nice. One thing I don’t like is the brick-built guitar in the set. I’m not sure why LEGO didn’t include the guitars they already made for the Punk Rocker and Rocker Girl before, but other than that, this is a nice little set to pick up for some unique minifigure parts.

The LEGO Minifigure Rock Band set is available at the Online LEGO Shop for $14.99. You can also check local LEGO retailers for availability. To buy online you can go here: BUY LEGO ROCK BAND