LEGO Halloween Minifigs – Behind the Scenes

by Thita (admin) on October 8, 2012
in Featured LEGO Creations 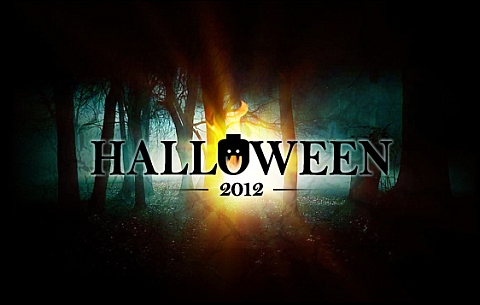 This year, we don’t get a new LEGO Halloween minifigure for every day, due to time-constrains, however there is still a nice line-up of three LEGO Halloween scenes so far, with more to come as the end of the month gets near. As usual each of the scenes comes with an artfully edited background and a little quote or poem to set the mood. 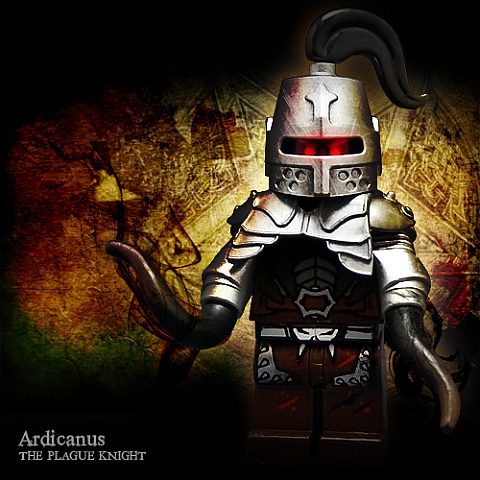 Ardicanus, The Plague Knight – all parts are LEGO except the armor and hands. For the hands some custom horns are used by LEGO customizer BrickWarriors.com. Check out the backdrop and the glowing eyes!

The uttermost catastrophe, surpassing your worst dreams.
Chewing at the insides of vomit-coated cheeks, to prevent your final screams. A hoard of decayed twisted filth, a horrid mass of wormy flesh.
The air fills with the stench of rot, diseased and fetid putrid death.
A thirst for blood the taste of flesh, their only thought the need to eat. – Abramelin 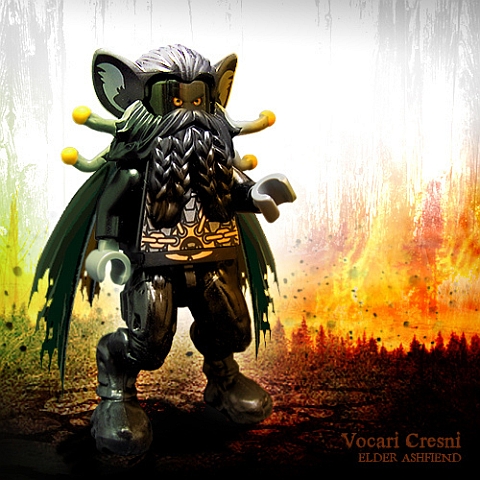 Vocari Cresni, Elder Ashfiend – all parts are LEGO, except for the legs and the cape. Also the LEGO beard is trimmed a bit to fit the hair-piece.

Dark clouds foul the sky as the end is well at hand, the acid rain will fall sweeping death across the land. The poison rivers flow to a helpless dying sea, of the wicked race of man this world will soon be free. – Cirith Ungol 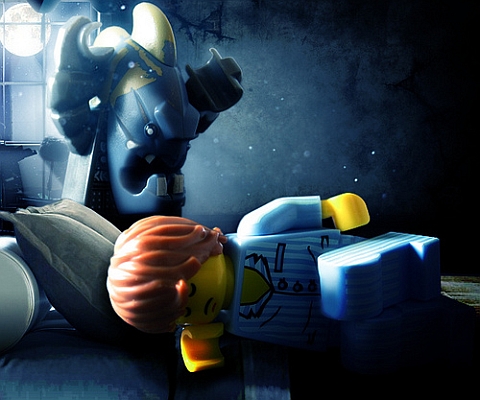 Tonight’s Nightmare – all parts are LEGO. Notice the excellent posing of the sleeping minifigure, and the seamlessly integrated background.

From the darkness, by the closet
Comes a noise, much like a faucet
Makes: a madd’ning drip-drip-dripping sound.
It seems some ill-proportioned beast,
Anticipating me deceased,
Is drooling poison puddles on the ground.

Suddenly a floorboard creak
Announces the bloodsucking freak
Is here to steal my future years away!
A sulf’rous smell now fills the room
Heralding my imm’nent doom!
A fang gleams in the dark and murky gray!  – Bill Watterson

Wonderfully artful LEGO Halloween images, aren’t they? And perhaps the best part is this behind-the-scenes video where Morgan190 reveals his editing and layering method using Photoshop. He says the following about the process:

“The video isn’t really a precise representation of the creative process per se, since in actuality I’m going through a lot of trial-and-error with different images and effects, as well as jumping back and forth between multiple layers during the Photoshopping, rather than it being as straightforward and methodical as is shown here… But the general concept is close enough.”

So what do you think? How do you like these LEGO Halloween creations? Have you ever used a combination of LEGO dioramas and Photoshop? Share your thoughts in the comment section below!

Also, if you would like to check out Morgan190’s other work you can visit his Flickr Gallery, or see his previous Halloween LEGO minifigures here: Spooky LEGO Halloween Minifigs!