by Thita (admin) on November 9, 2012
in Community Articles

Long ago, my Grandpa made me a table that we always called “the LEGO table”. It has a removable top, so when there were no babies crawling around we could put the whole thing on the floor. The surface of the table is covered with eight 32×32 stud LEGO plates to build on. Over the years I’ve build a lot on this LEGO table; an airplane I could actually sit in, countless castles and houses, an airport, football fields, campgrounds – just about anything that occurred to me. Most recently I built a LEGO Botanical Garden, inspired by the Build a University Challenge (in the EuroBricks Guilds of Historica). And what would a University be with out a garden! 🙂 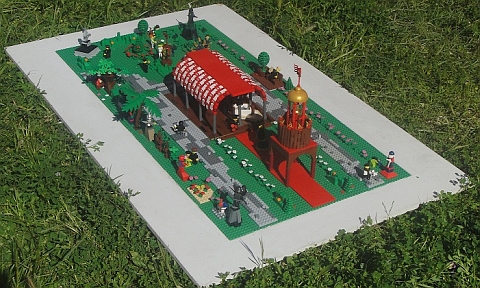 I started off with just a few rows of flowers and several pillars in the middle, plus five statues or so. Then someone suggested a pathway, and I thought that was great since it would be an easy space-filler. My mom came up with the bell-tower, based on her experience at the University of Kansas (go Jayhawks!). And I added more flowers, fountains and other details. I believe in total there are ten students, three professors, two gardeners, and eight statues. The entire University is set in the early-mid Renaissance, so nothing too modern! 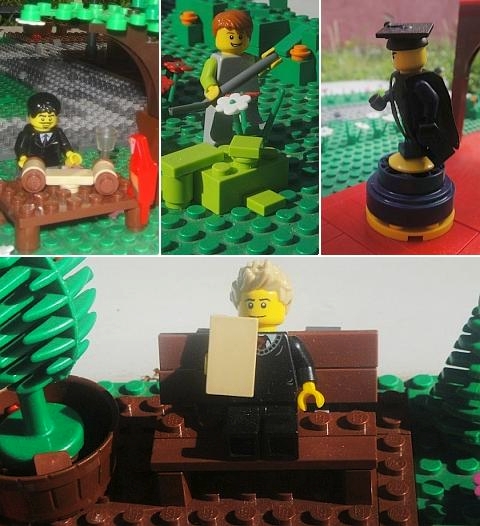 Ring the bells for any graduating students! I think this is the first time I’ve used the round tower and roof technique. I’m pretty sure I actually crammed it into a bit too small of a circle, but I didn’t have much room! And the tower roof is a bit delicate; it can easily get pushed over if not careful.  The bell doesn’t have much room to swing around, but it can move! 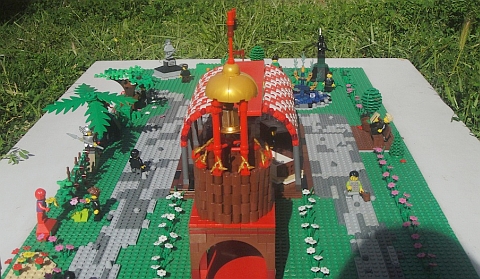 I had just bought 100 transparent red and 100 transparent clear round 1×1 LEGO plates, and my brother had done the same.  (We actually did that before I started building, otherwise we might have chosen different colors.) Between us both, we just managed to finish up the pavilion. By the time it was done I sure was tired of stacking round plates! 🙄 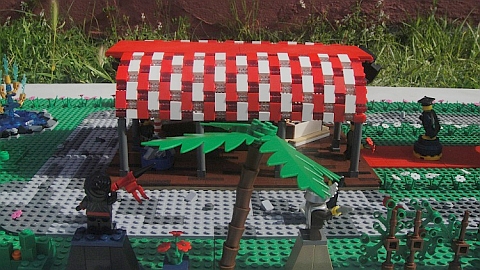 What’s a garden without a pond? This was one of the first details I added. And at the beginning, I had a minifigure (or, more accurately, half of a minifigure) cleaning it out… 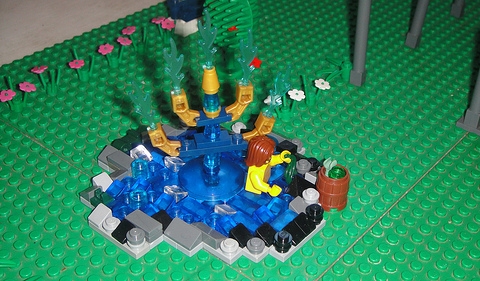 Inside the pavilion or gallery, I built several small displays; a sword in a glass-topped container, a miniature model of a castle, a painting, a mummy in a case, and a miniature light-house model. I had a lot of fun with the painting especially! In general, I really enjoy building in smaller-than-minifigure scale. 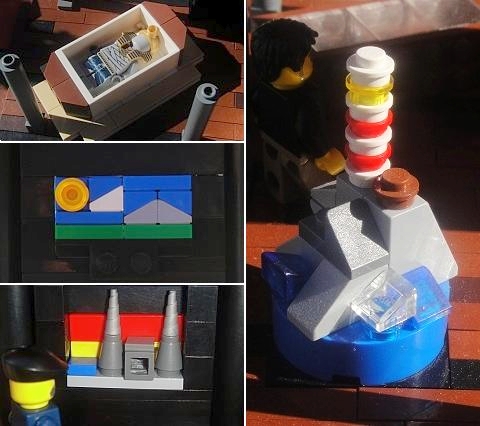 Would you like to take a stroll in a LEGO Botanical Garden like this one? I learned a lot about landscaping from building this, and you’ll probably see me use some of the same techniques in a future LEGO creation. I’m sure I could improve on some things, so feel free to give me any suggestions or ask questions you might have in the comment section below. 😉