LEGO cars of the apocalypse…

by Thita (admin) on November 6, 2012
in Featured LEGO Creations

Today I would like to show you the incredibly creative and beautiful work of Nathan Proudlove; LEGO cars of the apocalypse. Based on the Four Horsemen of the Apocalypse, the four vehicles are white, red, black and pale. Here is an overall shot of all four of the LEGO cars. 🙂

The Four Horsemen of the Apocalypse are described in the last book of the New Testament. The chapter tells of a scroll in God’s right hand that is sealed with seven seals. The Lamb of God opens the first four of the seven seals, which summons four beings that ride out on white, red, black, and pale horses. Although some interpretations differ, in most accounts the four riders are seen as symbolizing Conquest, War, Famine, and Death respectively, bringing on the Last Judgment. 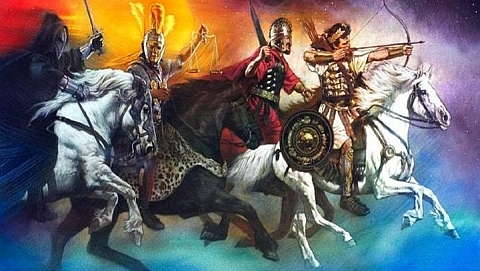 How Nathan came up with the idea of building LEGO cars instead of using horses is beyond me, but he did an excellent job interpreting the characteristics of each of the horses – creating some of the most gorgeous LEGO vehicles I have ever seen, with sleek lines and beautiful curves. Below are close-ups of the four LEGO cars representing the apocalypse, along with the appropriate Bible reference:

I watched as the Lamb opened the first of the seven seals. Then I heard one of the four living creatures say in a voice like thunder, “Come!” I looked, and there before me was a white horse! Its rider held a bow, and he was given a crown, and he rode out as a conqueror bent on conquest. (Revelation 6:1-2) 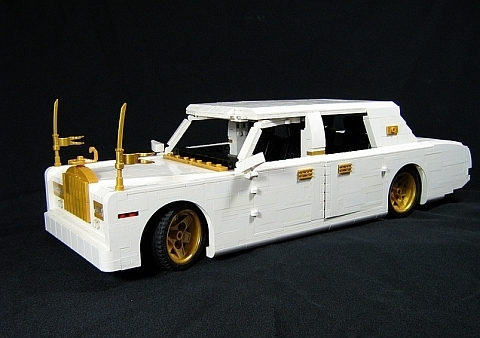 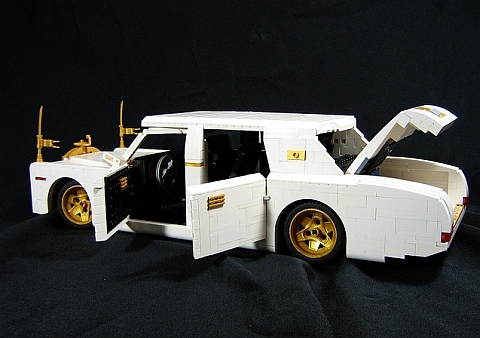 When the Lamb opened the second seal, I heard the second living creature say, “Come!” Then another horse came out, a fiery red one. Its rider was given power to take peace from the earth and to make people kill each other. To him was given a large sword. (Revelation 6:3-4) 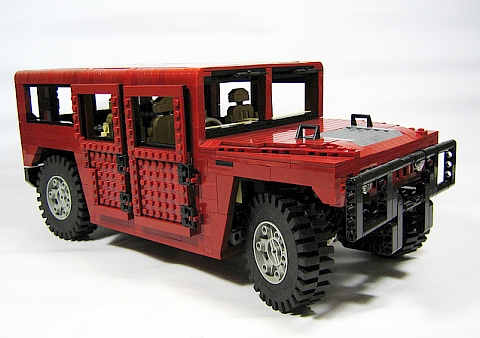 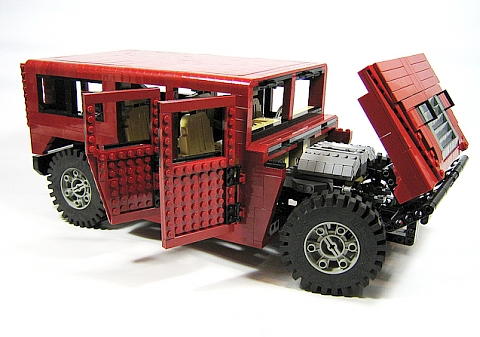 When the Lamb opened the third seal, I heard the third living creature say, “Come!” I looked, and there before me was a black horse! Its rider was holding a pair of scales in his hand. Then I heard what sounded like a voice among the four living creatures, saying, “Two pounds of wheat for a day’s wages, and six pounds of barley for a day’s wages, and do not damage the oil and the wine!” (Revelation 6:5-6) 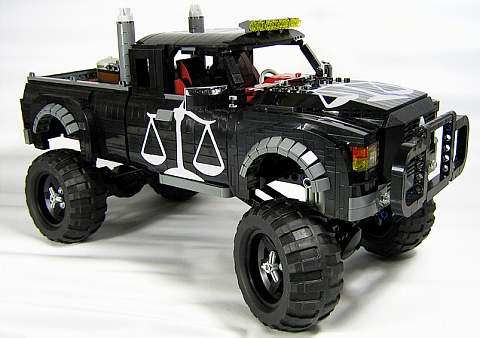 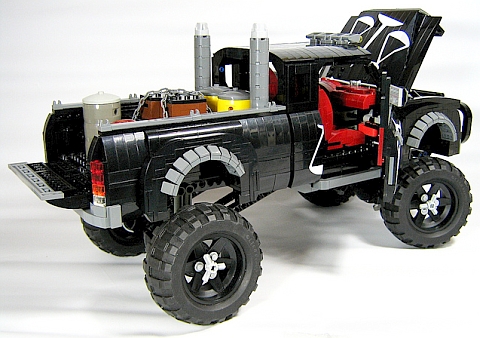 When the Lamb opened the fourth seal, I heard the voice of the fourth living creature say, “Come!” I looked, and there before me was a pale horse! Its rider was named Death, and Hades was following close behind him. They were given power over a fourth of the earth to kill by sword, famine and plague, and by the wild beasts of the earth. (Revelation 6:7-8) 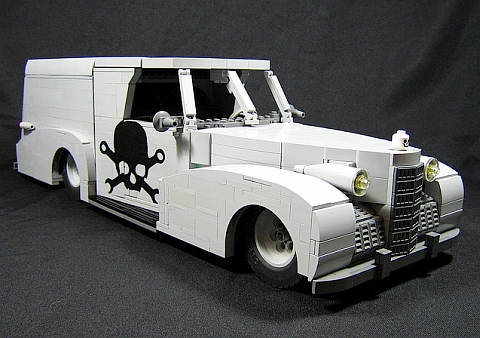 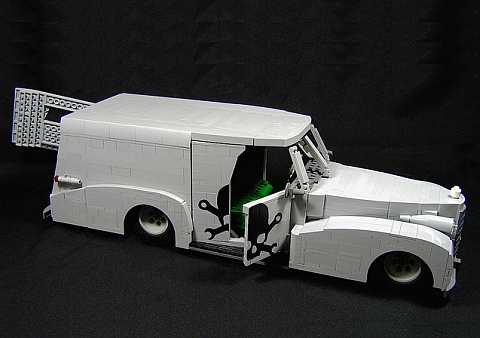 Aren’t they super cool? For more pictures of the four LEGO cars of the apocalypse check out Nathan’s flickr gallery. I have a hard time deciding which one is my favorite – they are all so unique and gorgeous in their own ways! What about you? Which one is your favorite? 😉