LEGO fans have been asking for a new LEGO Western theme for over 10 years now, and LEGO finally decided to respond. Unfortunately this is going to be a licensed theme, tied in with the upcoming Lone Ranger movie directed by Gore Verbinski and distributed by Walt Disney Pictures. The film based on the American Old West character serials of the same name. The film stars Armie Hammer in the lead role and Johnny Depp as Tonto. 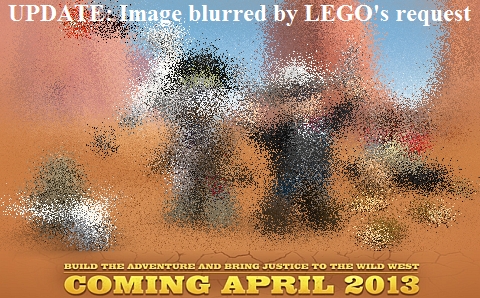 In general I prefer LEGO’s own themes as they can be much more creative with the story and design, and of course cheaper prices are also appreciated. Also, the LEGO sets’ fate is tied with the fate of the movie. (Think of Prince of Persia; the LEGO sets were beautiful, but because the film was not received well, the LEGO sets were pretty much doomed also.)

Lone Ranger has been trouble from the very beginning; delays (the film’s release was already pushed back at least four times), budget concerns, and the poor performance of other recent Western films have made Disney even shelf the project for a while. Anyway, it is resurrected now and is scheduled for release in the summer of 2013. Maybe it will happen, maybe not. You can read more about the movie here: Lone Ranger 2013 Film, and here is the movie-trailer:

Something that is positive for the 2013 LEGO Lone Ranger sets is that the Western theme in general has lots of fans. If LEGO can keep the sets and characters generic enough to fit well with any LEGO Western theme, they could have a winner even if the film flops.

As the title says, the LEGO Lone Ranger microsite is now up. You can reach it directly here: TheLoneRanger.LEGO.com.  There is only one picture uploaded right now (the one at the beginning of this post), so there is not much to see, but still we get a picture of the two main characters as well as some nice new accessories; there is Tonto’s new axe, a longhorn skull, and a new revolver. Also, although it is not completely new (came out with the CMF Santa) I love the bag! 😛 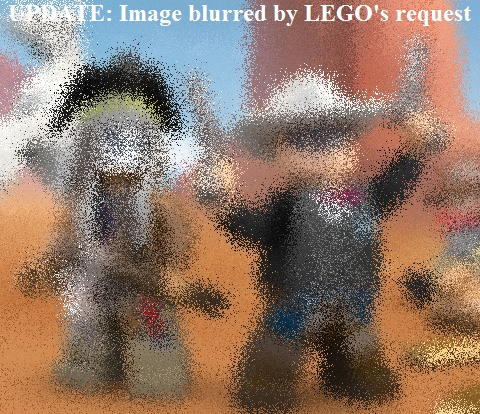 The LEGO Lone Ranger sets scheduled to be released in April of 2013 are listed below. No pictures yet, but you get a good idea of what the sets are going to include; there is a stagecoach, a train, a mine, and what looks like army-builder sets. Sounds good to me! 🙄

What do you think so far of the 2013 LEGO Lone Ranger theme and sets? And what about the movie? I would love to hear your opinion, so feel free to discuss in the comment section below. 🙂