by Thita (admin) on December 31, 2012
in Featured LEGO Creations

Here is a LEGO CUUSOO project I have found recently and thought was a great idea: LEGO Female Minifigure Mini-Sets. After so much requests and bugging LEGO finally started adding more female minifigures to their sets and product lines, but the ratio of male/female minifigures is still way off. I guess LEGO is on the opinion that their toys are more appealing to boys, so they have been hesitant to add more female minifigs. Anyhow, they are doing better in this regard, and this LEGO CUUSOO project can also help to get things right. Check it out below and let me know what you think! 😛 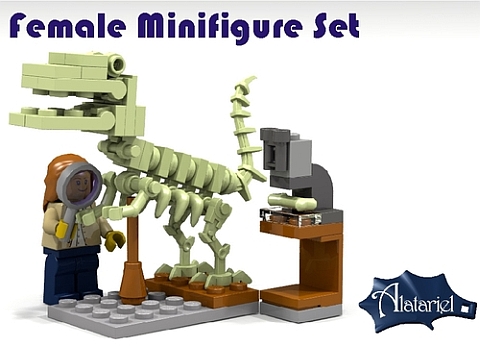 Here is what CUUSOO project creator Alatariel says about her idea: “Although recently LEGO has started to design and add more female figures to their sets, they are still a minority. A small set of minifigures, which LEGO has made in the past for different themes, would provide a great opportunity to add women to our LEGO Town or City communities. I have designed some professional female minifigures that also show that girls can become anything they want, including a firefighter or a paleontologist (main picture). Being a scientist myself (geochemist) the geologist and chemist figures are actually based on me. 🙂

Each figure comes with a 6×4 baseplate and a corresponding setting to enhance the building experience and stimulate creativity. The sets also come with lots of accessories, such as birds, buckets, tools, bones, etc. I have designed 13 sets so far, but I imagine a selection of 3 would make a good box size. If the project would come close to 10,000 supporters perhaps a vote could determine which ones are most popular!”

Below are more of Alatariel’s ideas for the LEGO Female Minifigure sets. In this first picture there is a Falconer with two birds, a Geologist with compass and pick-axe, and an Engineer designing a robot-arm. 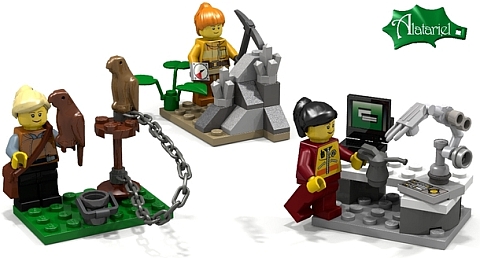 Then, in the second picture you can see an Astronaut in space (I really like the little rockets!), a Judge, and a Scientist working in the laboratory. Note how ingeniously the scientist’s elongated torso combined with short legs create a long lab-coat effect! I would love LEGO to make these! 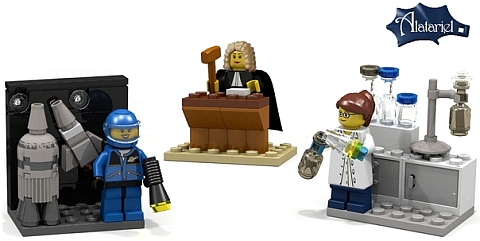 In the third picture we can see a Zookeeper with an awesome brick-built tiger, a Business Woman in her office, and a Mail Carrier with her bicycle. 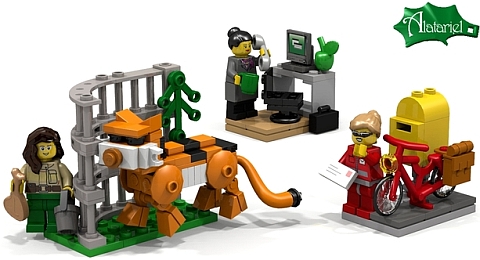 In this last picture there is a female Mechanic, Firefighter, and Construction Worker, all with plenty of tools to do their job. 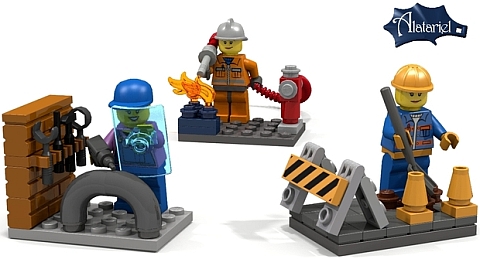 The LEGO Female Minifigures CUUSOO project already gained some momentum with 1,469 supporters as of this writing. That’s a great achievement, but there is still a long way to go to reach 10,000 votes for LEGO to consider production. If you like this project and you think your LEGO minifig collection needs more girl-power, please support this LEGO project here: VOTE FOR LEGO CUUSOO FEMALE MINIFIGURES

So what do you think of this LEGO project? Do you think it is a good idea and would be successful? Would you buy them? Which ones you like the best? And if you don’t like them why not? I would love to hear your opinion, so please feel free to share in the comment section below. 😉

Next post: What is your LEGO New Year’s resolution?