One of the best way to get inspired in the LEGO hobby, learn new techniques, and sharpen your LEGO-building skills, is to follow LEGO contests. Even if you don’t participate in the LEGO contest yourself you can learn a lot and keep your hobby fresh and interesting as you watch contestants stretch their creativity and building methods.

However once you are invited to the Builder’s Lounge based on your previous work and the recommendation of a current member, you can’t just sit on your laurels. To remain a Builder’s Lounge member you have to remain active in the LEGO hobby, churning out awesome LEGO creations on a regular basis, otherwise you will loose your membership. 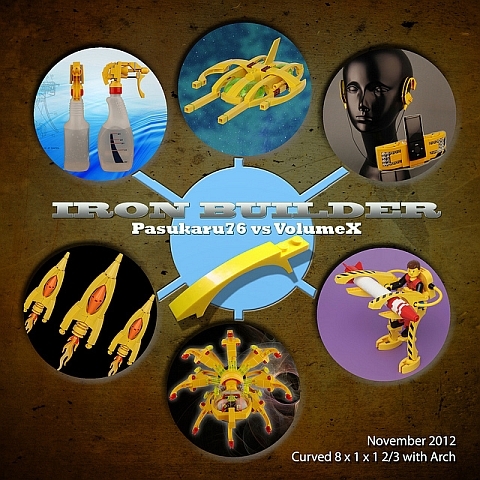 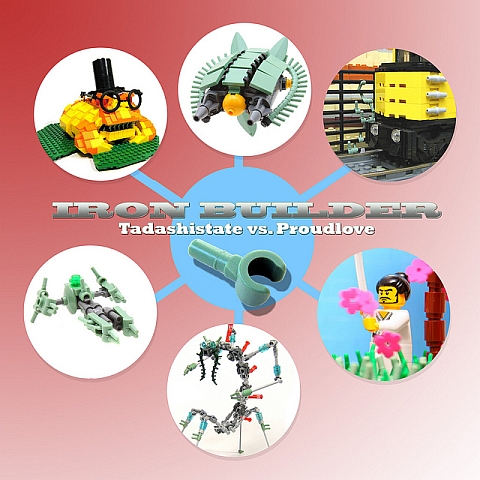 The Iron Builder contest itself is based on a simple idea; take a LEGO element (usually a bizarre, wacky, unusual one that most LEGO fans wouldn’t have any idea what to do with) and use it in the most interesting and creative ways. In Iron Builder terms this element is referred to as the “Secret Ingredient”. For the contest each of the Iron Builder contestants receive a batch of the “Secret Ingredient”, and they have one month to produce as many high-end LEGO models as possible to a panel of judges. 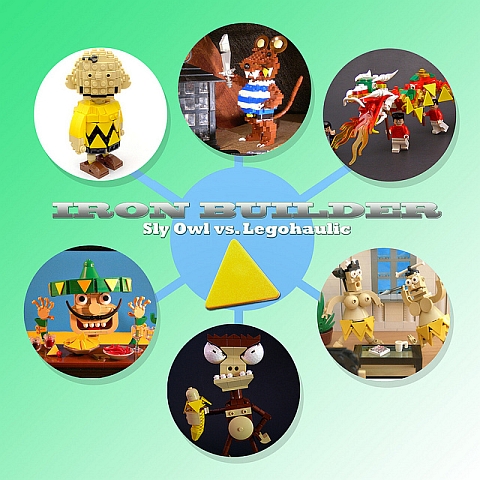 In each Iron Builder LEGO contest there are two participants; a current Iron Builder and a challenger. There are no prizes. What combatants are fighting for is the position of being considered the best of the best. Holding the title of Iron Builder is serious business in the world of LEGO fans; it’s like not just being part of the Olympic team, but also winning medals. Also, the winner is built a trophy by the conquered – a gentlemanly rule. 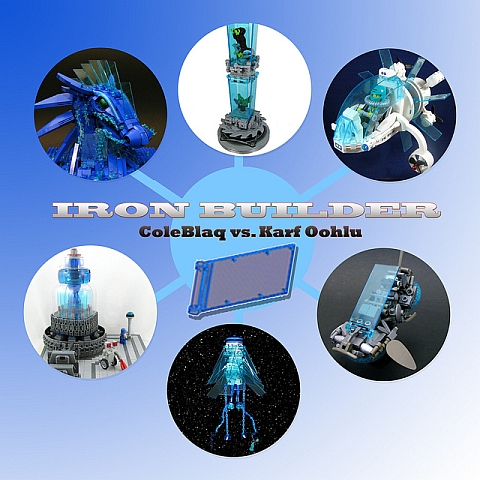 In the past Iron Builder has been a more private contest (although many of the excellent entries have been featured by LEGO fan-sites and blogs). Recently however Builder’s Lounge decided to keep their contests more open for non-members to follow and enjoy. You can check out past Iron Builder contest entries at the Builder’s Lounge Flickr Group. This Flickr group is also invitation only though, so I found the best way to keep tab of new contests and contest entries is to follow V&A Steamworks Flickr Photostream as he always announces them. 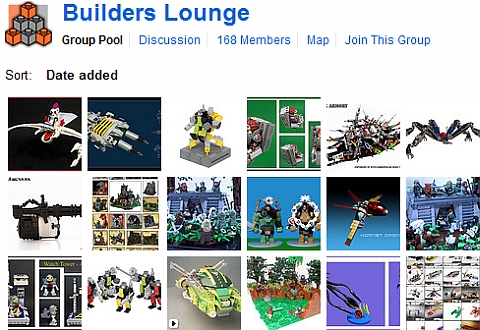 One of the main reasons I like the Iron Builder LEGO contest is because it is not based on a particular theme or topic (build a castle, or spaceship, a robot, etc.), but purely on creativity. It is amazing how many completely different amazing creations participants come up with using the same LEGO element! Following this contest made me appreciate more some of the strangest LEGO elements, allowed me to look at them with fresh eyes, and helped me to improve my building skills. 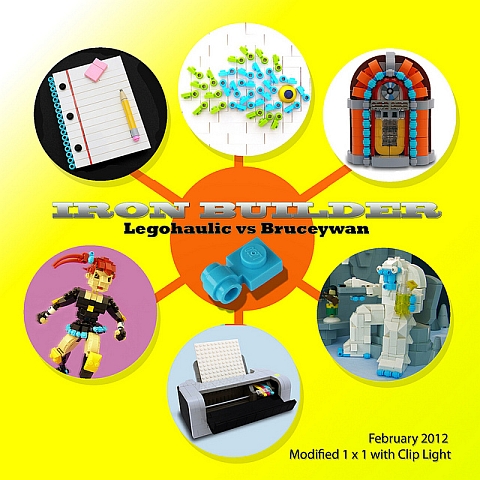 Choosing a LEGO element and trying to figure out different ways to use it can be a fun challenge for yourself, or an interesting contest amongst LEGO fans of all ages. You can do it with your family and friends and see who comes up with the most creative ideas!  What would you build?

What do you think? How do you like the idea of a LEGO contest based on a particular LEGO element? Did you have an element in mind already that you would like to try and see what you can do with? Did any of the LEGO models featured above got you inspired? Feel free to share your thoughts in the comment section below!

Next post: LEGO videos: what does LEGO mean to you?