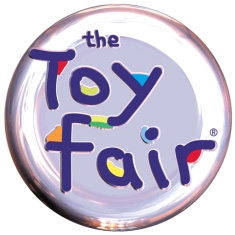 The early part of the year is the traditional time for various toy fairs. Although the target audience is retailers who want to see the upcoming product lines and hot toys for the year, it is also exciting for LEGO fans. Toy fairs are usually the first time to get a glimpse of new LEGO sets scheduled to be released during the year. This week we had the London Toy fair, with the German Toy Fair coming up soon.

The London Toy Fair had a strict policy against taking pictures, however LEGO fans were allowed to look around and take notes. Below I will list the upcoming LEGO sets based on the notes of Brickset’s owner Huw, who lives in the UK and had a chance to go to the London Toy Fair personally. So let’s dive right in so we can discuss! 😀

➡ 2013 LEGO STAR WARS SETS: for the LEGO Star Wars line there is a mixture of sets from the movies, as well as from the newly launched Yoda Chronicles. LEGO has been doing an excellent job with the LEGO Star Wars minifigures, and they will continue this trend in the upcoming sets.

➡ 2013 LEGO NINJAGO SETS: there are no more Ninjago sets for 2013, however LEGO may continue Ninjago in 2014. (See: LEGO Ninjago – Important Announcement!)

➡ 2013 LEGO LEGENDS OF CHIMA SETS: Legends of Chima is currently LEGO’s pet, on a mission to duplicate the success of Ninjago. Lots of sets are already out, including the first wave of the Speedorz game sets, and more sets and Speedorz games are coming throughout the rest of the year. There are also six large buildable characters coming in August. We are definitely going to get inundated with Chima sets! 🙄

➡ 2013 LEGO LORD OF THE RINGS SETS: four new sets are coming in the LEGO Lord of the Rings line. According to the preliminary images I have seen they are all excellent. Lord of the Rings fans should be very happy!

➡ 2013 LEGO LONE RANGER SETS: we talked about these already, so I won’t repeat the details, but I will list the sets again for your convenience. See here for more: LEGO Lone Ranger Sets Pictures!

➡ 2013 LEGO GALAXY SQUAD SETS: I’m a big fan of the first wave of LEGO Galaxy Squad sets, and I’m happy that a second wave will be coming later in the year.

➡ 2013 LEGO FRIENDS SETS: Friends will get six new sets in August, as well as three small sets with more cute animals and an Advent Calendar.

➡ 2013 LEGO CREATOR SETS: all three of the sets listed below are scheduled to be released in August.

➡ 2013 LEGO TECHNIC SETS: there will be four Technic sets released in August. According to Huw, they are all excellent! 🙂

There are also new sets in LEGO Super Heroes, but the set names and minifigs are not yet revealed, only the set numbers. We already talked about the new LEGO Mindstorms set which will be released later this year (See: A New Generation of LEGO Mindstorms!). Also, there are going to be three new games (Chima, Batman and a family-game). Series 10 and 11 of the Collectible Minifigures will be released as well, and also a six DUPLO sets based on the Jake and the Neverland Pirates and the Planes TV series by Disney and Pixar. And for LEGO Hero Factory fans there will be seven new sets.

And that concludes the 2013 LEGO sets scheduled for release later this year. I’m excited about the LEGO Lord of the Rings sets, LEGO Galaxy Squad, the LEGO Lone Ranger sets, and of course the Collectible Minifigures. I’m still not sure about the new LEGO Castle line. I really have to see some good pictures to decide if I like them.  Same with the LEGO Star Wars sets. And since LEGO is pushing it so much, I’m sure I will pick up a LEGO Legends of Chima set here and there to make LEGO happy. 😛

How about you? What do you think of the upcoming 2013 LEGO sets? Which one of the themes are you looking forward to the most? Feel free to share your thoughts in the comment section below! 😉

Next post: LEGO Lord of the Rings Wargs & Wigs video

Previous post: Letters to LEGO – what would you write?