by Thita (admin) on February 6, 2013
in LEGO Modular Buildings

As you know, the LEGO Palace Cinema is the latest addition to the LEGO Modular Building series, and a quite unique one at that. Watch as LEGO designer Astrid from Denmark explains the cool features of this set. 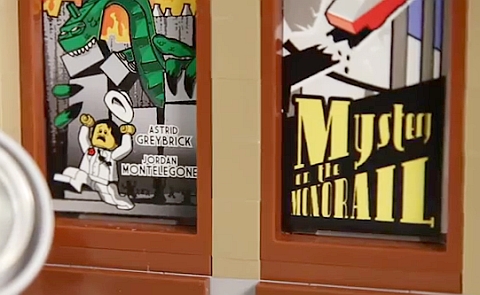 Of course we know that Astrid worked on the LEGO Palace Cinema (also the #10224 LEGO Modular Town Hall) and she is awesome! She is also a personal inspiration to me as a fellow FFOL (Female-Fan-of-LEGO). She is a LEGO designer by day and a dancer and fencer by night. Yeah, go, girl! 😛

However what I didn’t know is that LEGO-intern Jordan Schwartz also worked on this set. Jordan, who goes by the name Sir Nadroj in the LEGO-fan community, is a favorite builder of mine whose work I have been following for several years. 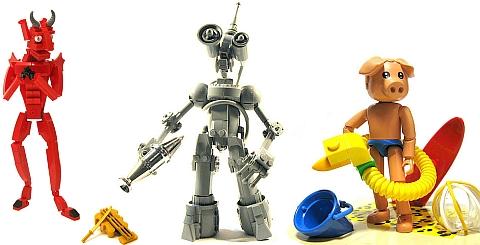 Jordan came to the LEGO fan scene in 2007 as a teen, and I had the pleasure of following his progress. By 2009 he was one of the most well-noted young LEGO builders, and his work has been featured on many LEGO websites and blogs. He was known for his unusual usage of LEGO parts, large brick-built figures, his love for classic cars and anything LEGO Fabuland. Around this time he also started to participate in LEGO-fan events and conventions, propelling his LEGO career further. If I remember correctly it was right after finishing high-school when he was selected to be part of the LEGO internship program. 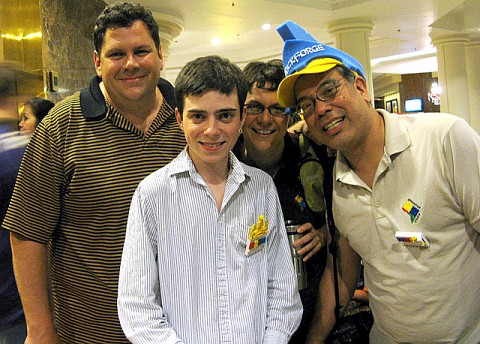 Jordan had to travel to Europe to be part of the LEGO internship, and he haven’t posted much on his flickr gallery since then. So I was happy to see this latest photo he posted just a few days ago. As you see Jordan grew into a handsome young man, with a taste for vintage suits and design. 😎 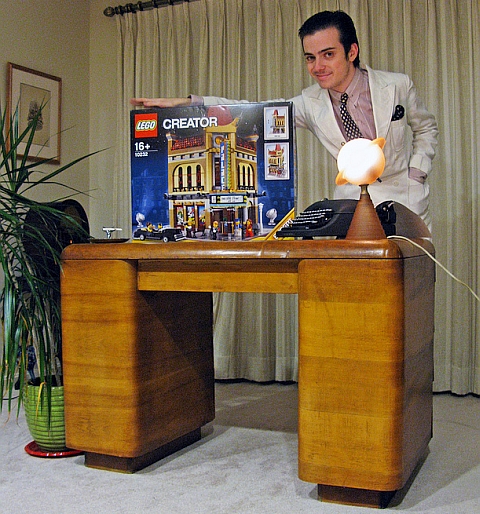 Jordan says the following about this photo: “I had the pleasure of designing this set with designer Astrid G. who you may know from the designer-videos for this set and the LEGO Town Hall modular. I designed the overall aesthetic of the set, channeling the spirit of 1930’s Hollywood. Astrid served as the set’s engineer – the practical one of the two of us – responsible for final design decisions, and engineering some of the more complex assemblies you’ll find in the set. I thought it might be ‘cinematic’ (no pun intended) to photograph this set with other period-authentic objects; like my Paul Goldman streamlined desk from 1946, my 1942 Remington typewriter, a 1939 Saturn Lamp from the N.Y. World’s Fair, and my 1930’s white cotton suit (with pleated pockets and belted back). Pretty much the only thing in this shot that is not from the 1930’s or 1940’s is my pocket square. Hanging on the wall on the left is an original program from December 21, 1937; the world premiere of Snow White and the Seven Dwarfs at the Carthay Circle Theater in Los Angeles (speaking of movies). It hangs over a 1935 Philco Cathedral Radio.”

Just love this kid! He got class and style! I thought this might inspire some of our teen readers who seriously consider working with LEGO in the future. It is always nice to see when someone from the LEGO-fan community makes it to the inside world of LEGO – especially someone so young. What do you think? Would you like to work for LEGO? 🙂

You might also like to check out the LEGO Modular Houses section for more news and discussions, or select from the following recent posts: