LEGO microscale building is quite fun and addictive. It also has several benefits; you can create an extensive LEGO diorama with much less LEGO elements, bringing down significantly the cost and the display-space needed. And smaller doesn’t mean less detailed or complex; LEGO micro-building can be just as intricate and extensive as building in minifig-scale.

LEGO microscale building can also be mixed with regular minifigure-scale; creating backgrounds to a larger diorama, or using forced perspective techniques. I will link a few articles at the end of this post to give you some ideas and inspiration. 🙂

Recently LEGO launched a series of video-tutorials by LEGO designers addressing LEGO micro-building techniques that you can learn a lot from. I will show you some of them here and will also link to all the currently available videos in the series so you can check them out. Although the videos are short and primarily focused on a kiddie audience, the techniques presented are nonetheless advanced LEGO micro-building techniques adult LEGO builders can learn from as well.

Below is the trailer for the LEGO microscale tutorial series called LEGO MICRO SQUARE that was presented back in December of last year, introducing LEGO fans to LEGO designers Pete, Mark and Eric who are sharing LEGO building tips, tricks and building secrets, all in microscale.

➡ LEGO MICRO – SETTING YOUR SCALE: the LEGO designers in this series focus on showing you what is possible on a 48×48 stud baseplate. In this episode Mark explains that LEGO micro-building refers to any scale smaller than LEGO minifigure-scale. Here he establishes the size they were going to use as the micro version of the LEGO minifigure, which also sets the size of micro-size vehicles, buildings, doors, windows, trees, etc. The technique he shows for making micro figures is commonly used, however please note there are other ways you can create smaller versions of LEGO minifigures. For example the micro-figures from the LEGO Games series make excellent residents of your LEGO micro-world. Here is the link to LEGO MICRO EPISODE 2 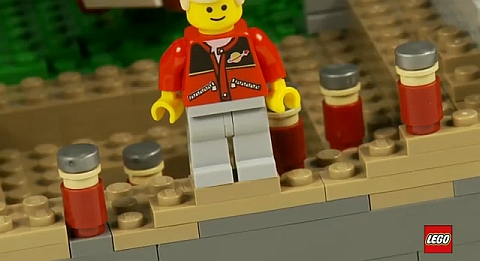 ➡ LEGO MICRO – SEED ELEMENTS: here the focus is to encourage you to look at a single LEGO element in a different way. A minifigure-scale LEGO element could become something completely different in microscale. In fact looking at your LEGO pieces as seed-elements could be the inspiration for a whole LEGO microscale diorama!  Here is the link to LEGO MICRO EPISODE 3 or watch it below.

➡ LEGO MICRO – LANDSCAPING: here are some tips on building LEGO microscale trees, plants, bushes, and grass. It also addresses hills, elevation and even some caves that you can add to your LEGO micro world. Here is the link to LEGO MICRO EPISODE 4

➡ LEGO MICRO – COLOR: color can be a huge part of your LEGO microscale models. The same LEGO bricks can look like a completely different thing if you only change the color. This is especially important in micro-scale, where even the smallest LEGO element can represent something big and the color will show up prominently. So choose your colors wisely! Here is the link to LEGO MICRO EPISODE 5 or watch it below.

➡ LEGO MICRO – VEHICLES: in this session LEGO designers share ways for your LEGO micro-people to get around from boats to modern cars to futuristic spaceships – all in microscale! There are some really great tips here so check them out! Here is the link to LEGO MICRO EPISODE 6

➡ LEGO MICRO – TREES: in this short episode we are back to landscaping your LEGO micro world, specifically focusing on trees. Pete shares the way he builds his cute LEGO micro trees. Here is the link to LEGO MICRO EPISODE 7 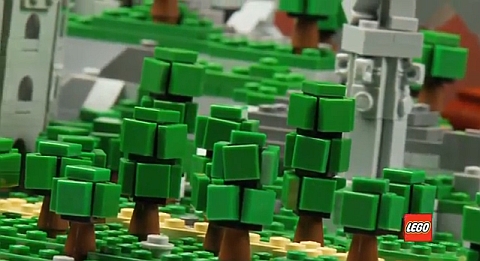 These are the LEGO micro-building tutorials that have been posted so far. It seems like new episodes come out every week or two, so if you are interested you can subscribe to LEGO’s YouTube channel to keep updated on future episodes: LEGO MICRO SQUARE on YouTube

What do you think? How do you like the tutorials so far? Did you learn something new that you are planning to incorporate in your own LEGO building? And do you use LEGO microscale in your own building style? Feel free to share and discuss in the comment section below! 😀