Whether it is about building a LEGO army or needing a specific minifigure to make your model perfect, the LEGO Collectible Minifigure Series is the place to find the minifigs you want. That’s not easy however as the baggies are all the same within each series, so the only way to make sure you get what you are looking for is to feel through the bag and try to indentify which minifigure it contains. 🙂

To help LEGO fans out, here is a guide on the particular LEGO pieces and accessories you should feel for when trying to locate a particular minifig in LEGO Minifigures Series 10. We’ll also cover elements that can get confused with others within the series. The list has been placed in alphabetical order for ease of reference. 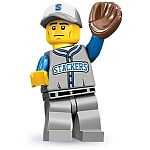 ➡ LEGO Minifigures Series 10 Baseball Fielder: The first piece most will make out is the baseball cap. However, you don’t want to confuse it with the Decorator’s cap with the shorter bill. So you will have to confirm it by finding the torso and see if the hands are different sizes and shapes. The glove is fairly noticeable. 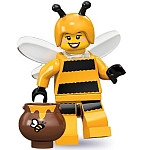 ➡ LEGO Minifigures Series 10 Bumblebee Girl: The honey-pot does stand out as it has a pronounced roundness to it. It could be a bit hard to distinguish it from a minifigure head, or the bucket of the Decorator, and a couple of helmets. If this is the case you’ll need to find the wings. They are fairly rigid and spread wide. 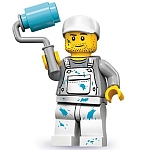 ➡ LEGO Minifigures Series 10 Decorator: This minifigure has many parts that are similar to others in the series. The most distinct piece is the roller handle. It has a light “U” shaped piping with a slightly thicker portion for where it is held. If that doesn’t work, go for the one-by-one round brick. Just make sure it is not a minifigure head. 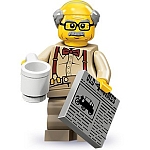 ➡ LEGO Minifigures Series 10 Grandpa: The coffee-mug might be easy to feel, but it is the same as the Librarian’s, so it is the two-by-two tile (representing the newspaper) you want to look for to confirm you got the right minifigure. Grandpa is the only minifigure with this type of tile within the series. 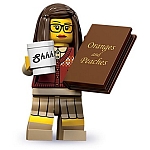 ➡ LEGO Minifigures Series 10 Librarian: You will want to find the coffee-mug first. From there it is separating her from Grandpa. Her long hair is a good candidate to feel for, but I prefer the unique texture of the book. Please note that the book will be already folded and locked in place instead of it being open. 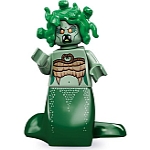 ➡ LEGO Minifigures Series 10 Medusa: Out of all the minifigures in Series 10, she has the largest piece in the form of her long and curved tail. The piece is extremely large and you should be able to feel it through the baggie easily. She is quite rare (only two per box), so the issue of finding her will be the rarity. 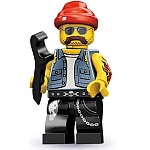 ➡ LEGO Minifigures Series 10 Motorcycle Mechanic: Without a doubt, go for finding the wrench. The head-wrap that goes on his head is also unique within the series, but it feels like a hair-piece with a short ponytail, which is very confusing when you are not able to look at the piece directly. 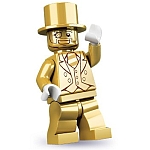 ➡ LEGO Minifigures Series 10 Mr. Gold: Chances are very slim he will be in the minifigures you are looking through. If he is, you will want to find his top hat. Just to make sure you’re feeling it right go for the diamond on his staff. Finding bar of his staff doesn’t work since it feels like the tomahawk. 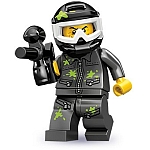 ➡ LEGO Minifigures Series 10 Paintball Player: He is the only minifigure with goggles that attach to his helmet. However, to avoid mixing it up with the bucket-handle of the Decorator, you will want to find his gun. Honestly, it feels like a flat Super Soaker. Also notice the chin-strap on his helmet. 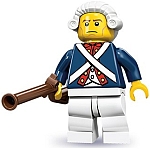 ➡ LEGO Minifigures Series 10 Revolutionary Soldier: Find the rifle and you found the soldier. His hair will feel like an odd long ponytail, but the gun leaves no room for doubt. So confirm by feeling for both. This is one of the more common minifigs in the series with four appearing in a full box. 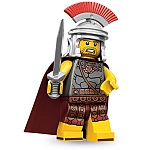 ➡ LEGO Minifigures Series 10 Roman Commander: He is the only minifigure in this series with a sword. However, the sword is on the thin side so you may want to find the piece that goes on his helmet. That piece is very flat and feels like it broke off of something. The closest it is similar to is the hand-fan in previous series. 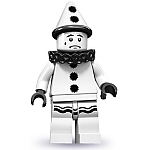 ➡ LEGO Minifigures Series 10 Sad Clown: For those familiar with the neck-ruffles that feel like a doughnut with ridges, it is one of the parts to feel for. However, there is no mistaking the large cone hat that feels like the bottom of an ice cream cone. No other accessories come with this minifigure. 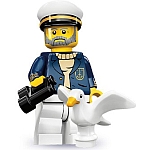 ➡ LEGO Minifigures Series 10 Sea Captain: This is one of the rarer minifigs in the series. His police style cap is fairly distinct, but the binoculars are purely his alone. The problem is the binoculars are small and may take some time to find. The Seagull is a bit too new and rubbery to make it a good piece to feel for. 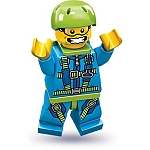 ➡ LEGO Minifigures Series 10 Skydiver: His most unique element is the parachute. It is a simple backpack-style with neck bracket. You’ll probably spend much of your time avoiding him rather than picking him out as he is one of the most common minifigs in the series with six in a full box of minifigures. 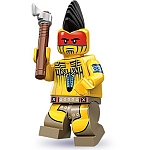 ➡ LEGO Minifigures Series 10 Tomahawk Warrior: Both the tomahawk and Mohawk are easy to feel for. The hair is rubbery so tends to stick in the bag. The weapon feels like a bar with a small notch on one end. The only thing this can be confused with is Mr. Gold’s bar. And I think that’s a mistake you wouldn’t mind. 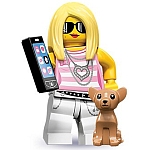 ➡ LEGO Minifigures Series 10 Trendsetter: Since the dog is new and the hair is flexible you could have some trouble identifying them, so just look for the one-by-two tile. It is the only one of its size in the series and can be identified quickly. She is one of the rarest minifigures in the series per full box. 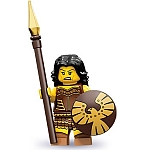 ➡ LEGO Minifigures Series 10 Warrior Woman: The spear is her most prominent feature. The only thing it can be confused with is the Revolutionary Soldier’s rifle and that’s only because of its length. She does have a nice rounded shield to help confirm her presence. She is quite common with four minifigs per full box. 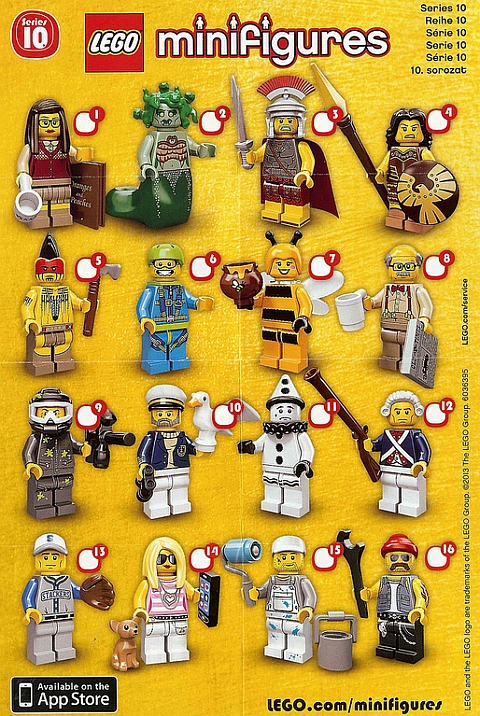 Hope this helps with your LEGO Collectible Minifigure hunting! They have been showing up at Toys’R’Us, Wal-Mart, Target, and other retailers, and will be officially released at LEGO stores at the beginning of May. If you have your own tips and tricks on identifying them feel free to share in the comment section below! 😉

Next post: Fake and Funny LEGO Legends of Chima Sets

Previous post: How to make your own Iron Man minifigures