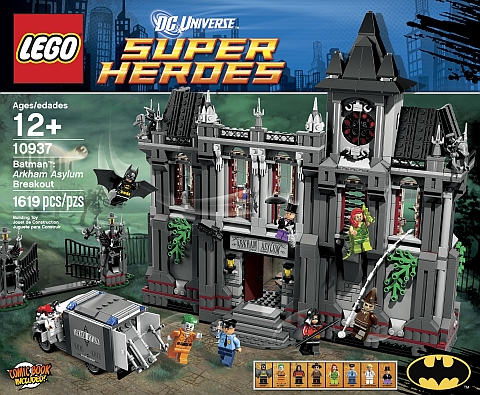 Today we’re taking a close look at the largest LEGO Super Heroes set to date, the #10937 LEGO Super Heroes Arkham Asylum Breakout. There’s nothing quite like a massive LEGO set to really experience some of the most advanced building techniques LEGO has to offer. In fact, there is so much to cover about the LEGO Arkham Asylum that this session needs to be split into two parts just to allow adequate time and space to discuss the elaborate building techniques. So we will cover some today, and some in an upcoming article.

When you consider the Arkham Asylum is in Gotham City, you’d assume the architectural styling is Gothic. After all, there is a pointed roof, pointed spires, creepy statues, and a tall vertical shape to the building. Surprisingly, these are not the characteristics of Gothic architecture. Instead what we have is the style that came before Gothic. This is called Romanesque. The pointed roof, spires, rounded arches, clustered pillars, and vertical stretch of the building all fit in with this earlier style. The confusion comes in due to the fact that most buildings that went to the Gothic style were churches. A popular feature of churches during this time was the use of various statuary. So when we see strange angel statues or gargoyles, we think Gothic. 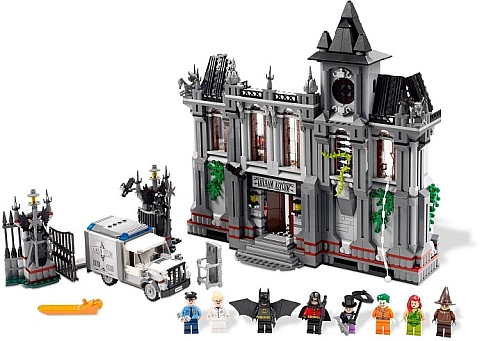 A true Gothic style building includes three elements. First are the flying buttresses. Those are the things that stick out independently from a building like those found in the LEGO Harry Potter Hogwarts Castle designs. They kind of look like horns coming off the roof. Next is a pointed arch. In the LEGO Arkham Asylum all the arches are rounded. The closest example of a pointed arch is in the LEGO Prince of Persia sets. Of course that arch is not exactly the right shape, but it does come to a point. Finally, the last feature of Gothic architecture is ribbed ceilings. This is rarely a feature found in any LEGO set. The Great Hall in the LEGO Harry Potter Hogwarts Castle set does have a little of this feature, but it is not very obvious. 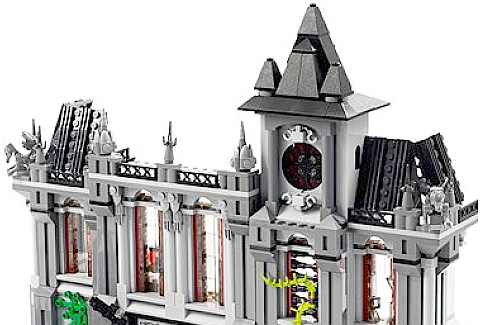 This does not mean Romanesque buildings don’t fit into the Gotham world. In truth, many Gothic buildings have a large portion that is Romanesque since the two ways of building came around the same point in the late Medieval Period. It gets its name from being like traditional Roman architecture. Namely, the bunched pillars and use of arches. The spires and statues are an affectation added on by being mainly found in religious buildings. Where Romanesque differs is its ability to stretch vertically upwards.

Those who have put together a LEGO set of any size may recognize this building technique. It often involves a couple of LEGO Technic pins and pin holes located at the bottom and part way up a structure to connect various sections together. This in itself is not a very hard technique to grasp. However, it is important to point out that the LEGO Arkham Asylum demonstrates some variations on this principle. 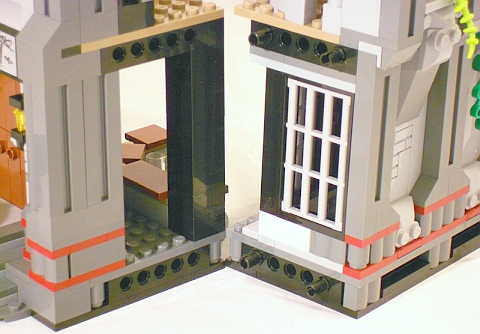 Take for instance the main building. It still uses pin connections, but it spaces them out much farther than a typical use of this technique. The reason for this change is due to the increased depth of the model. Most LEGO sets that use a basic two-pin hook-up don’t exceed six studs deep. Commonly these connections are deal with sections only four studs in depth. The LEGO Arkham Asylum goes beyond eight studs.

The take away from this is that you will try to get as close to the corners of the connecting sections. A good rule-of-thumb is to make your connections no more than two studs away from the outside edge of your models. This will provide a nice measure of stability while still making it possible to be modular. Adding additional pins will strengthen the connection. However, if you try to treat these sections as modular, you will more than likely damage the structure of your LEGO model when taking the sections apart. 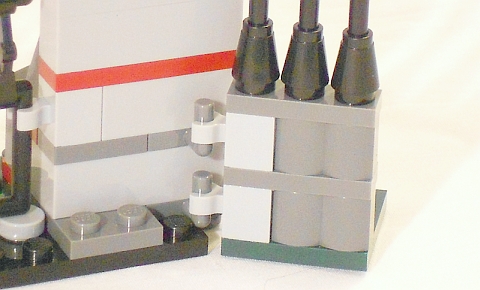 Another use of this same technique is found in the gate of the LEGO Arkham Asylum. The small little fence areas are also attached in a horizontally modular way but they do not use pin connections. Instead they utilize bar and clip connections. It is important to note however that these connections are much more fragile than the typical pin-and-hole variant. This is why the fences are small. The upside is that you can position the connected sections at an angle with ease, making it ideal for small embellishments.

Keep in mind that you are never restricted by an architectural style when playing with LEGO. However if your goal is to recreate something in a similar style than a real building, it may help to figure out the defining qualities of that style. Emphasizing a simple aspect of a building can often go much further than blindly copying a particular design. It gives you a certain sense of freedom that may allow you to have more options in the long run.

When using the horizontal modular technique it is crucial to realize that it is not being done simply to stretch out a LEGO model. Rather, it is done for the sake of mobility. The original LEGO castles that did not use this technique are often hard to move since they are either piled on a baseplate or have so many weak points that it can’t help but fall apart. The technique was developed to allow for transport of your larger LEGO models while still providing a sturdy base to play on once the model was put back together. 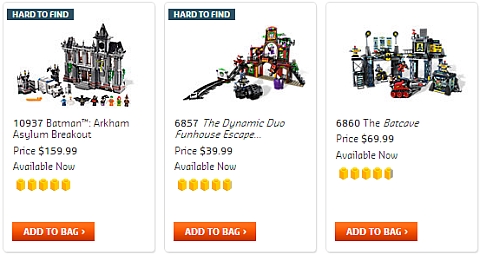