It was just about a month ago when the first reports came in from Hungary that packages of the Collectible LEGO Minifigures Series 10 have been found at a local store. Since then news have been trickling in from other countries – mostly from Europe – and this past week they have also started showing up in the USA and Canada. Retail locations where they have been spotted include, Wal-Mart, Target, Toys’R’Us and Fred Meyers, although the official release is not until May. 🙂 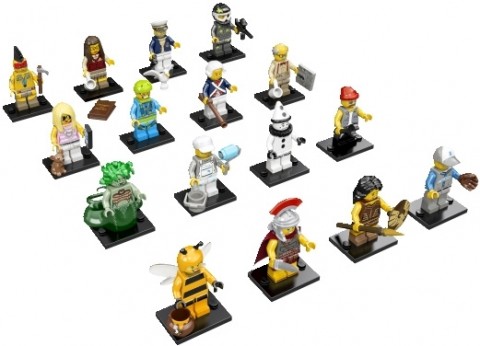 Besides the customary 16 minifigures in the series there is also Mr. Gold – an elusive little guy that was randomly inserted into full boxes of the Collectible Minifigures and only 5,000 of them have been made. Kids and collectors are encouraged to hunt for Mr. Gold – which obviously meant to create extra buzz around the series. 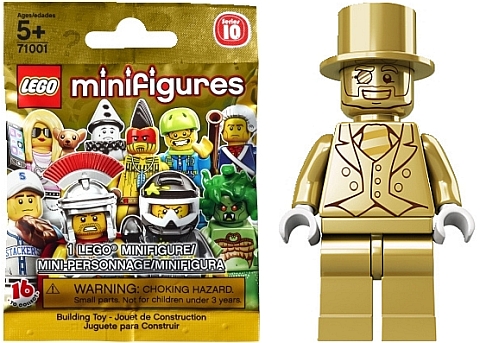 And yes, some Mr. Gold minifigures have been found already! While on the preliminary images and packaging he looks a more muted pearl-gold color, in reality he is actually fully gold-chromed, including his staff,  as you can see on the pictures below (courtesy of eBay sellers). Also, each of the Mr. Gold minifigures are individually numbered. 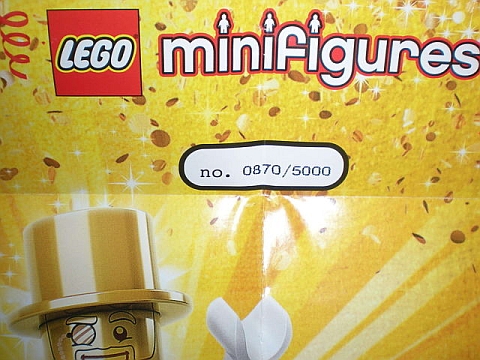 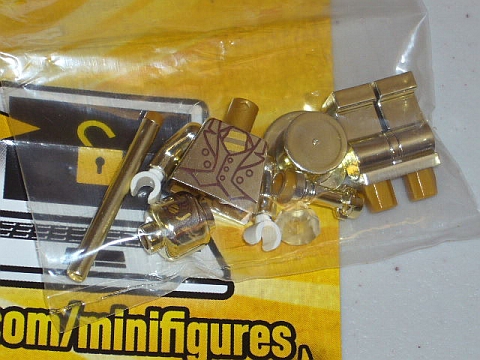 The reaction to Mr. Gold has been quite mixed. Some LEGO fans love the shiny look of the minifigure and are excited about the challenge of finding one. Others are angered that LEGO made the minifigure so rare stating that kids will never have a chance to find him as store-employees and adults in general get a wind that Mr. Gold fetches over $1,000 on the secondary market. Crazy money, if you ask me, for a little piece of plastic – but for some people the thrill of owning such a unique minifigure makes it worth the price. 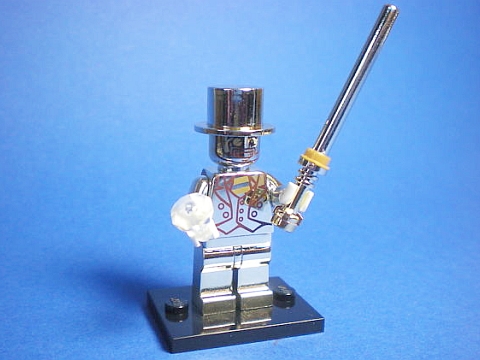 So, if you are interested to collect Series 10 of the LEGO Collectible Minifigures I would recommend to start looking at the above mentioned stores. The packaging is gold, as you can see here, so they should be easy to stop. And who knows? You might even find Mr. Gold! 😎

You can also look out for Mr. Gold (and all the minifigures in Series 10) on the secondary market like eBay and Bricklink. I expect that prices for Mr. Gold will gradually come down to the $300-$500 price-range as more minifigures get found, but then go back up again as they get locked away in the super-secret vaults of collectors. Unless of course LEGO decides to release a second batch – something they have done before.


So how do you like Mr. Gold now that you had a chance to see him? Are you planning to hunt for him? And what would you do if you would find one? Would you keep him or sell him? And what do you think of the price he is selling for? Also, if you do spot Series 10 in your area feel free to share it here so we can track in which areas they are showing up. Thanks! 😉