Remember the good old days when Thursday was always Ninjago day around here? There hasn’t been any Ninjago news for a long-long time, but a couple of days ago Hungarian LEGO fan-site KockaMania revealed some interesting information: seven new Ninjago sets will be released as early as in December of this year. Of course we knew about the return of Ninjago in 2014, as it was announced by LEGO with the following poster. 🙂 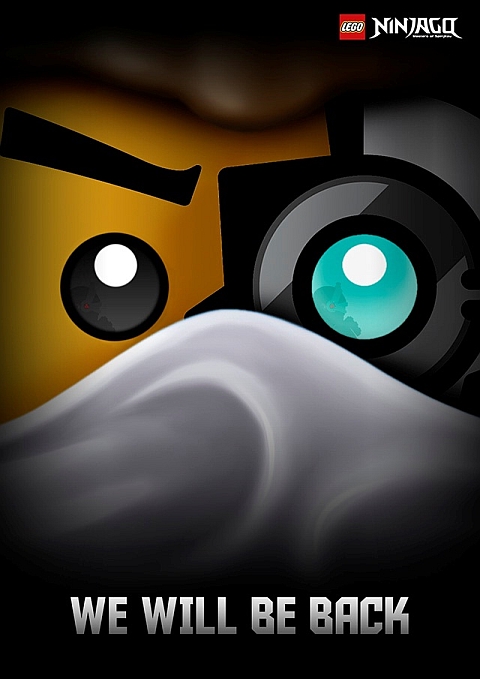 We talked about this Ninjago poster before (see links at the end of this article), however the list of 2014 LEGO Ninjago set names is very new, and very exciting, if I might say so. Check them out!

Both from the Ninjago poster and from the 2014 Ninjago set names it seems that Ninjago is turning more cyborg-ish, mech-ish in the upcoming season, instead of fighting snakes and such. Which I’m actually really excited about, as I love LEGO mechs. Besides mechs being cool, another reason could be is to differentiate Ninjago from the animal-world of LEGO Legends of Chima. Also, Jay Vincent (who writes the music of Ninjago) says the following on his website: “It has now been confirmed that there will be at least 8 new episodes of Ninjago that will premiere in late 2013 and 2014. The writers Hageman are hard at work, and scoring will begin late summer of this year. Look out for more Nindroids, new action, and many, many flutes.” By the way I highly recommend visiting Jay Vincent’s YouTube Channel where you can listen to all the beautiful Ninjago soundtracks (I also added them below for your listening pleasure.)

Also, there is an interesting discussion in the Ninjago TV Show Forum at Eurobricks, discussing the possible new story-line. Not much is known as of yet, but there is this picture where minifigs seems to be auditioning for the position of the ninja on top of a human’s table. That sounds really fun! I love human/minifig interaction stories!

So what do you think about the 2014 LEGO Ninjago sets? How about the more cyborg/mech idea? Do you think it will be a worthy continuation of the previous seasons of Ninjago? Feel free to share your thoughts and discuss in the comment section below! 😉