As you probably know already, May the 4th is traditionally celebrated as Star Wars Day where fans of the galaxy far-far away dress up in Star Wars costumes in honor of the films and do other fun stuff. At some locations this is a huge event. Since the phrase “May the Force be with you” is a famous quote often spoken in the Star Wars films, fans commonly say “May the fourth be with you” on this day. 🙂

LEGO picked up on the popularity of May the 4th a few years ago and since Star Wars is one of their main product lines, they started to offer special sales and promotions on this day. You might remember that last year you could get the super special silver-chromed TC-14 minifigure. This year’s offers are similar, and are listed below: 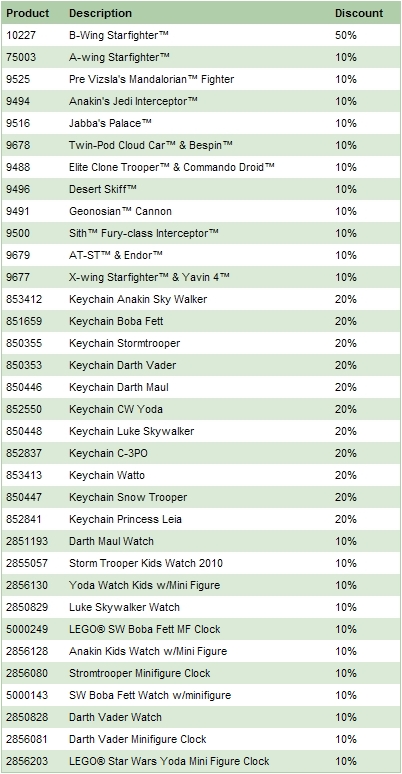 If you are not into Star Wars, you might still consider shopping at this time as the free shipping offer comes with a very low threshold and it is not just for LEGO Star Wars sets. A great opportunity to pick up some smaller sets in other themes. 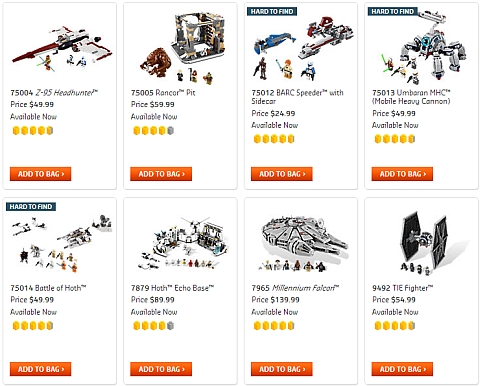 So hope you enjoy Star Wars Day, and let me know what you are getting in the comment section below! Also, if you are going to any Star Wars events feel free to share! And “May the fourth be with you!” 😉

And you might also like to check out the LEGO Star Wars section, or select from the following related posts:

Next post: See where LEGO minifigure Mr. Gold is found!