We haven’t talked about LEGO CUUSOO for quite some time, so I thought I should give you an update. As you might know, CUUSOO is a platform where LEGO fans can submit their ideas for future LEGO sets and have others vote on them. Once a project reaches 10,000 votes LEGO will consider it for production (see link with further info at the bottom of this post). One of the reasons for the lack of news is the extremely long time the CUUSOO team has been taking to decide on projects that have been under the review process. Take a look at this helpful chart the LEGO CUUSOO team put together to remind us what’s under review: 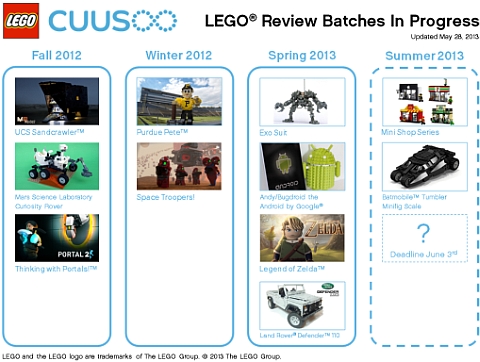 Since this chart was posted the LEGO CUUSOO team did finally announce their decision for the Fall 2012 batch, which included the Mars Science Laboratory Curiosity Rover by Perijove, the UCS Star Wars Sandcrawler by mb_bricks, and the Thinking with Portals! project by Team Jigsaw. See the official announcement in the video below. You can also read more about each project on CUUSOO’s official blog: Fall 2012 LEGO Review

The LEGO CUUSOO team also posted some clarification on why the review process has been taking so long: “Since we began quarterly review batches last year, we’ve been learning that it’s difficult to give definite timeframes to expect results. Our posts on the review process present a nice framework for how we consider a project for production–but it is by no means an easy process. Ultimately, the products we release must fit our brand and strategy, have a strong business case, and a final model must fit our design, buildability, and playability standards. These factors are compounded when working with license partners, each of whom has their own terms and standards.” The LEGO review process goes through four distinct stages; Brand Fit Analysis, Business Case Development (including License Agreements if applicable), Model Design, and then a Final Review, where the findings of all prior stages are reviewed together. Also remember that CUUSOO is still in Beta, meaning the LEGO team is figuring out what’s the best way to manage the concept as they go along and gain more experience. You can read more on CUUSOO’s official blog: LEGO CUUSOO Review Process.

The bottom line is that the LEGO CUUSOO review process takes a long-long time – much longer than many fans anticipated, and even when a project is approved it seems that actual production takes even longer. The upside is that LEGO is doing their job to make sure the project will actually be successful as an official LEGO product. On the other hand taking so much time to release a project kind of knocks the steam out of it. There is still no official word on when the Back to the Future DeLorean Time Machine by m.togami will be released, although there are some rumors it might be before the end of this year. This is a CUUSOO project that was approved way back in December of last year. 😕

There is also a new batch of LEGO CUUSOO projects that just reached 10,000 votes under the 2013 Summer Review. These include the Mini Shop Series by Pekko we featured here before (see link at the end of this post), the Minifig Scale Batmobile Tumbler by Brent Waller, and the League of Legends of LEGO – The Raid on Baron Nashor by Addam. All three projects will now go through the same review steps as discussed above. I would expect we won’t hear about the result until the spring of 2014. 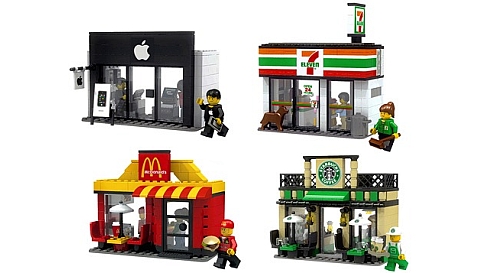 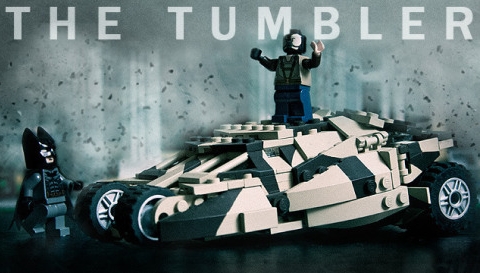 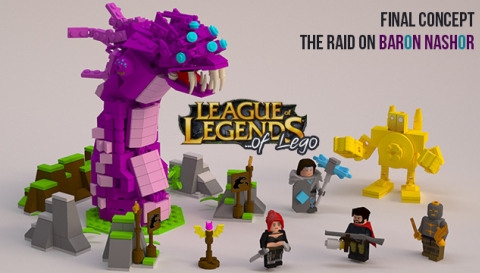 From all of these LEGO CUUSOO projects the one I like the most is the Mini Shop Series. It would fit really well into any LEGO City layout. Also, the Space Troopers would be great as the news LEGO Space theme. I know Legend of Zelda has many fans, and this is the second time a Zelda project made it to the top. The previous one was rejected, so likely it will be the fate of this one as well. I can’t really relate to any of the other projects, but they obviously have fans based on the votes they received. Also, here are some CUUSOO projects that are currently very close to achieving the required 10,000 supporters. You can find them at the LEGO CUUSOO Homepage. 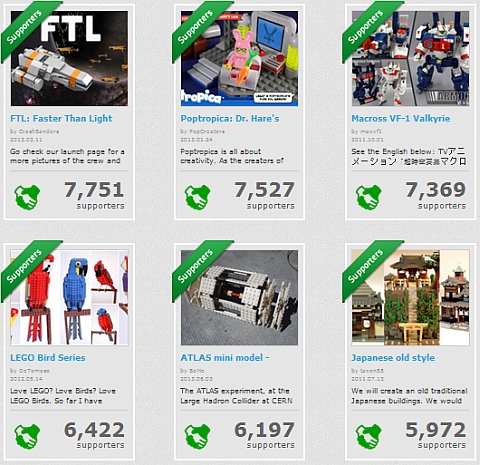 And for currently available LEGO CUUSOO products you can check out the Online LEGO Shop. There are rumors that the LEGO Minecraft set might have two more sets added and make it a series. 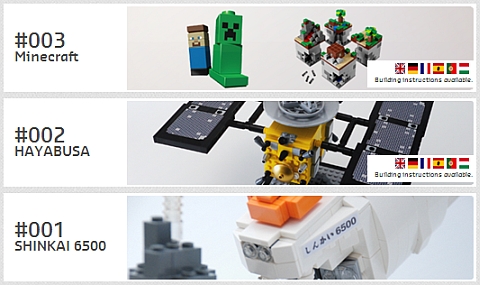 What do you think? How do you like the Mars Rover that has been selected, and which of the other projects under review do you like? Is there a project you are currently supporting and hope will make it to the review stage? Feel free to share and discuss in the comment section below. 😉

Next post: The LEGO Movie – coming to theatres soon!