Just a bit of an update to let you know that LEGO just added a bunch of sets to their retiring soon list. This means that no more of these sets will be made and once the current stock is out they will be gone. Of course you can still pick them up on the secondary market for higher prices. So if you have any interest in the following LEGO sets I suggest you pick them up before they run out. Below is a sample on what’s new on the retiring soon list, and you can also see the full list here: LEGO Sets Retiring Soon at the Online LEGO Shop. Oh, and shipping is now free every day! 🙂 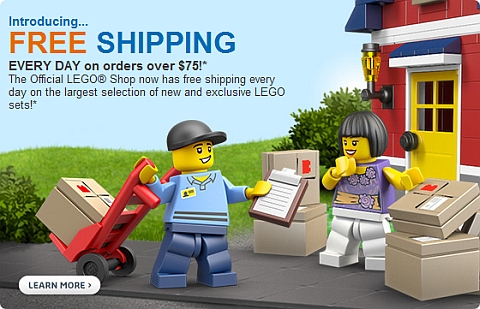 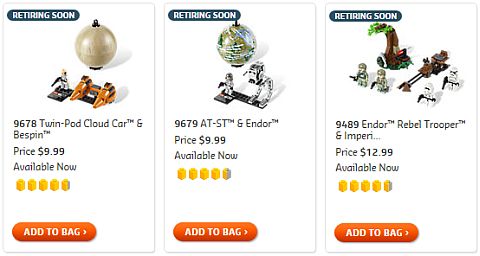 ➡ LEGO LORD OF THE RINGS SETS RETIRING SOON – two sets are currently listed as retiring soon; the LEGO Lord of the Rings Gandalf Arrives (an iconic set from the first wave of LEGO Lord of the Rings sets) and the hard-to-find LEGO Lord of the Rings Orc Forge. The Orc Forge is a great set if you are looking for brown LEGO elements, and it also has the printed Orc helmets and armor with the white hand of Saruman symbol – these sell really well on the secondary market due to their rarity. 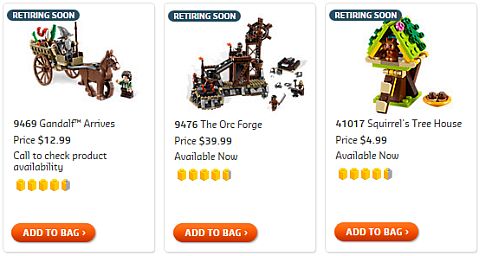 ➡ LEGO LEGENDS OF CHIMA SETS RETIRING SOON – LEGO’s handling of Chima still baffles me. After all the initial build-up and claims that it will be better than Ninjago, all I see is dismal sales at retailers and with still no Chima TV Show. In fact LEGO has been including free Chima starter-sets with online orders… I guess they are trying to get rid of them. Anyway, whether you are a Chima fan or not, the line does include some very nice sets and beautifully designed minifigures. Several of them are in the retiring soon section, and they are also on sale! 🙄 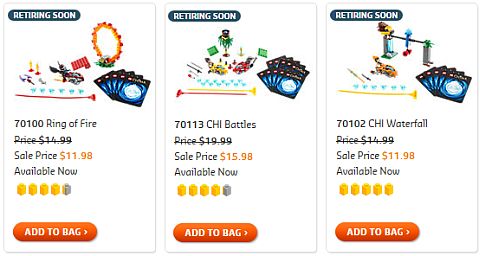 ➡ LEGO FRIENDS SETS RETIRING SOON – unlike Chima, LEGO Friends seems to be doing great. The sets are beautiful and offer a great variety to both young girls and collectors. There is a new wave coming out soon, so a few of the sets from the previous waves are getting retired. See some below, and more at the retiring soon list! 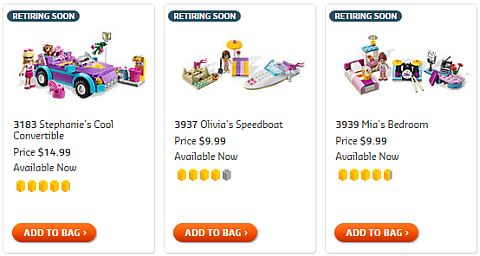 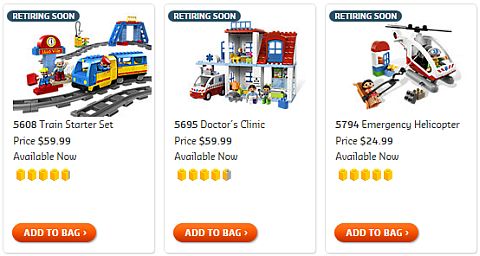 ➡ OTHER LEGO SETS RETIRING SOON – there are some other LEGO sets on the list that are worthy to pay attention to. The LEGO Creator Apple Tree House has been a very popular set and it is very nice. LEGO Minifigures Series 9 is retiring, so if you want to get them for yourself or for resale this is your last chance. Also, the LEGO Super Heroes Captain America Avenging Cycle is getting retired. 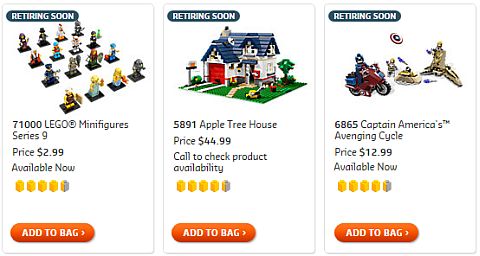 There are some other odds and ends on the list, and as I mentioned you can check them all out at: LEGO Sets Retiring Soon at the Online LEGO Shop. I don’t always write a full post when sets make it to this list, but I have added a link at the right-hand side-bar for your convenience. It is worth checking on it once a week or so.

Are you planning to pick up any the retiring soon LEGO sets either for yourself or for resale? Which do you think would hold best its value for long term investment? Feel free to share your thoughts and discuss in the comment section below! 😉

And you migh also like to check out the following related posts:

Next post: How to make LEGO guns – The BrickGun Book

Previous post: LEGO Back to the Future DeLorean coming!