Starting out with LEGO robotics

Did you ever want to bring your LEGO creations to life? Well, LEGO robotics allows you to add movement and power to your LEGO creations. There are several options available to you to make LEGO robots. (Technically, by the definition of robot, which is “any machine or mechanical device that operates automatically with humanlike skill”, there is only one way to do this, however manually controlled ones are generally considered robots as well.) So let’s see what we need to make a LEGO robot! 🙂 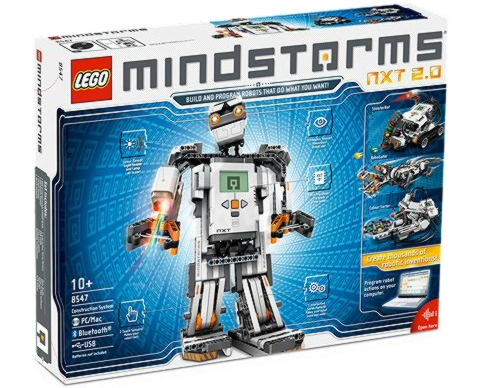 ➡ The first option to create LEGO robots is with LEGO Mindstorms. This is probably the most popular option, but it is also the most expensive. The current version of LEGO Mindstorms, NXT 2.0, sells at the Online LEGO Shop for $279.99. (As of this writing it is sold out – this is probably because of the upcoming new version of LEGO Mindstorms called EV3.) NXT 2.0 includes the intelligence-brick, three servo-motors, an ultrasonic-sensor, two-touch sensors, a color-sensor, 612 pieces, and the software to program it. With these parts you can make many different LEGO robots; including ones which walk, shoot balls, and even sort your LEGO for you! The next LEGO Mindstorms kit, EV3, will be released later this year. Below is the official description and you can also read more about it at: LEGO Mindstorms EV3 Press Release 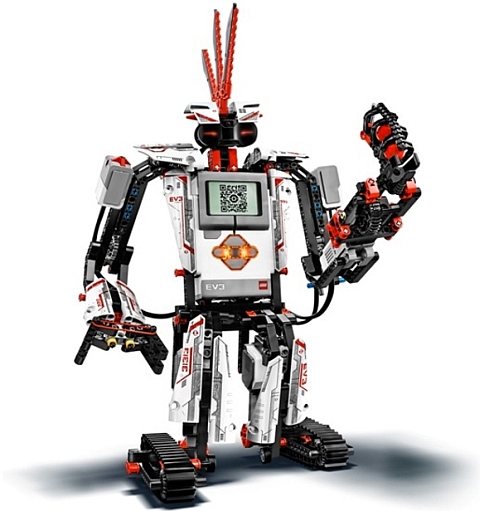 Coming Fall 2013: LEGO MINDSTORMS EV3 – Create and command robots that do what you want. With LEGO MINDSTORMS EV3 you can turn your LEGO creations into live robots that follow your every command. The new LEGO MINDSTORMS EV3 set includes everything you need – motors, sensors, programmable brick, 550+ LEGO Technic elements, remote control – to create and command robots of even your wildest imagination, including 5 cool robot characters. Download the 3D building instructions and the app to command your robot via your smart device. Then program your robots to walk, talk, move and do whatever you want them to do to via the intuitive software program, the programmable brick or your smart device. If you can think it, LEGO MINDSTORMS EV3 lets you create it. 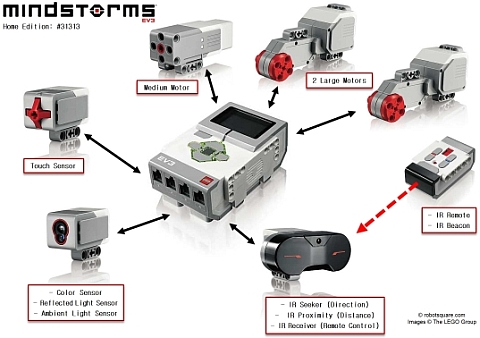 ➡ The other option for making LEGO robots is with LEGO Power Functions. These cannot be used to make actual robots because you can’t program them. They therefore cannot react to their environment without the user flipping switches, etc. But they are still really cool, not as bulky as LEGO Mindstorms, and are easier to implement into smaller LEGO creations.

This is the LEGO Power Functions Accessories Box. It contains all the basic elements you need to add power to your LEGO models. It includes one medium motor, one switch, one set of lights, three gears, two LEGO Technic pieces, and the all-important battery-box. Here is a link to the Power Functions products: Buy LEGO Power Functions. A few LEGO sets such as the LEGO Mars Mission Claw Tank Ambush and the LEGO Star Wars AT-AT have special hook-ups built into them so you can attach motors. 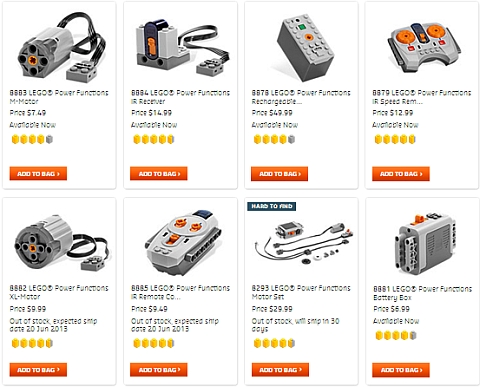 Perhaps the most important elements for creating LEGO robots are LEGO Technic elements. LEGO Technic is the heart of most moveable functions in LEGO sets, as it includes all the specialty elements like pins, axles, and gears. You can check out currently available LEGO Technic sets at the following link. Some of them already come with Power Function elements: Buy LEGO Technic Sets Here 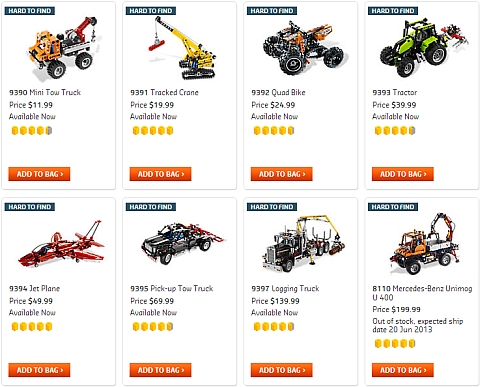 I hope you enjoyed this article and it helped you to get started with LEGO robotics. I am a TFOL (Teen-Fan-of-LEGO) and this is my second article for theBrickBlogger. Comments, questions and feedback are welcome. Also, if you know of any other methods to build LEGO robots I may have forgotten, feel free to share them in the comment section below! 😉