This year LEGO continued the tradition with four more exclusive LEGO Super Heroes minifigs. Two Marvel Super Heroes were given out the first and second day of the convention – 200 of each: an alternate suit Spider-Man and Spider-Woman. And on the third and last day of Comic-Con two DC Universe minifigures were given away – 350 each: Green Arrow and Black Suit Superman. Look at all the awesome detailing! 🙂 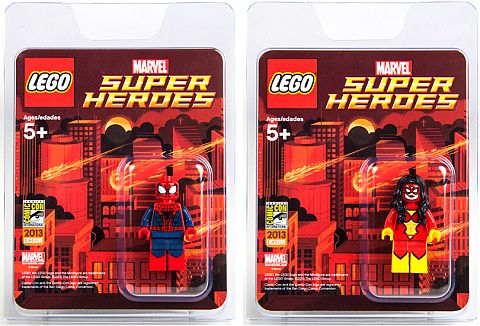 Here you can see the exclusive LEGO Super Heroes Spider-Man and Spider-Woman in their really nice packaging. LEGO has made previous versions of Spider-Man (including the Comic-Con exclusive from last year: Black Suit Spider-Man), but this is the first time we get Spider-Woman! 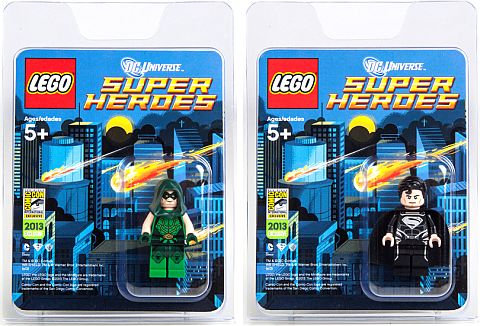 And here are the exclusive LEGO Super Heroes Green Arrow and Black Suit Superman. This is the first time we get a Green Arrow minifig – hopefully he will also appear in a regular LEGO set in the future.

As you can imagine the LEGO Comic-Con Super Heroes minifigures are highly collectible. With such small numbers released collectors are willing to shell out quite a bit money. If you would like to get them for your collection, eBay is your best friend. The minifigs are going for about $500 each, but you may luck out and able to get them for less! Here are the eBay links:

So what do you think of the Comic-Con LEGO Super Heroes exclusives? And which one is your favorite? Are you planning to get them? Or got them already? Share your thoughts and comments below! 😉