I just got the July/August issue of the LEGO Club Magazine, which includes quite a few pages of information on the new LEGO Legends of Chima sets, as well as a separate insert with even more Chima goodness. One of the biggest news is that the LEGO Legends of Chima TV series weekly episodes are finally coming! As you may remember the first two episodes aired on Cartoon Network all the way back in January (The Legend of Chima & The Great Story), then they were replayed in March with a third episode added (The Warrior Within). According to the LEGO Club Magazine weekly episodes will being on Cartoon Network starting on July 10th! 🙂 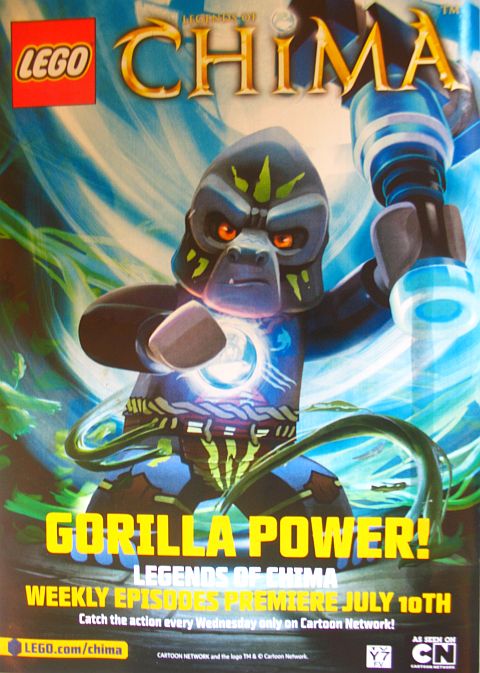 I assume that Cartoon Network will start out by replaying the first three episodes of Legends of Chima, as they aired so long ago probably nobody remembers them. Then continue with new episodes every Wednesday. I’m actually really looking forward to this series. The first three episodes were quite disappointing, but they did have a spark of potential for improvement, so I hope that’s what we are going to see. 😀 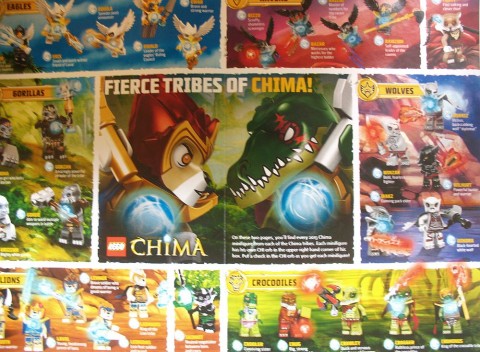 The LEGO Club Magazine also has some other interesting details about the world of Chima. For example the page above lists all the Chima animal tribes; the Eagles (Ewald, Eglor, Eris, Equila and Ewar), the Ravens (Rawzom, Rizzo, Razcal and Razar), the Gorillas (Gorzan, G’Loona, Gordo and Grizzam), the Wolves (Worriz, Winzar, Wakz, Wilhurt and Windra), the Lions (Lagravis, Lennox, Longtooth, Laval and Leonidas), the Crocodiles (Crominus, Cragger, Crawley, Crug, and Crooler), and even Skinnit the Skunk, and Furty the Fox. (Click image for larger view.) 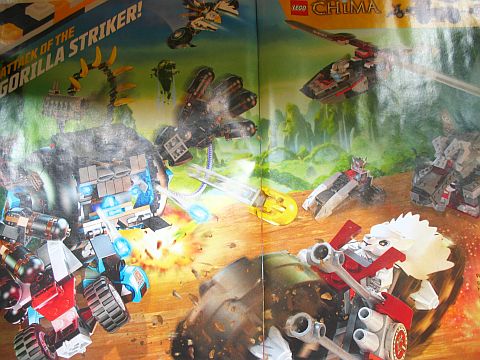 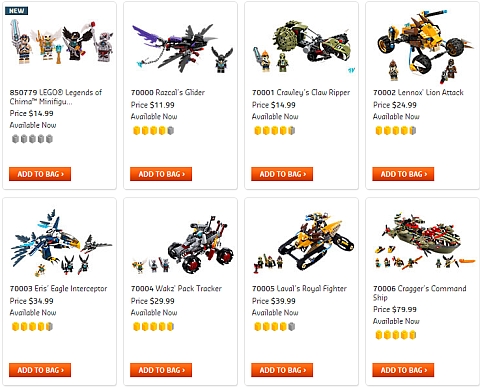 One of the most interesting sections of the LEGO Club Magazine is on Chima technology. For example, did you know that a Speedor will travel fastest and strongest in lush jungles, grassy hills and canyons – wherever there is life, as the wheels of a Speedor draw its energy from nature – however they will not run in deserts? 🙄 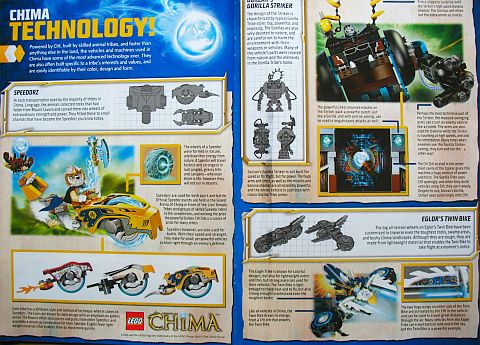 So mark the 10th of July on your calendar, and let me know what you think! Are you excited that the Legends of Chima TV show is finally starting up with weekly episodes? Are you planning to watch them? Feel free to share in the comment section below! 😉