There are a lot of hidden gems on LEGO’s website you might not be aware of unless you spend time poking around. Recently I have found a really interesting section on the LEGO Creator site; the bios of LEGO designers who work on LEGO Creator sets. 🙂 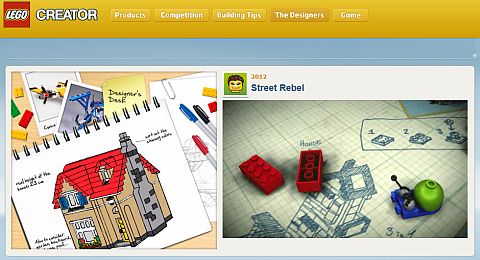 LEGO has been getting better at letting LEGO fans meet and learn about LEGO designers through their magazines, website and designer-videos. Knowing who designed a particular LEGO set or theme is actually quite interesting, and if you pay attention you might realize that you tend to be drawn to sets designed by the same person(s). It also creates a more personal relationship with the company to know who is behind the sets.

On the LEGO designer bios section of the LEGO Creator site you have a chance to meet LEGO designers; learn about their likes, dislikes, hobbies, interests, and which LEGO sets they have worked on. And – this is my favorite part – video tutorials with LEGO tips and techniques shared by the LEGO designers themselves. To give you a taste of what you can find on the bios section, here is a little about the designers featured and links to their full bio, videos, blog posts, etc. 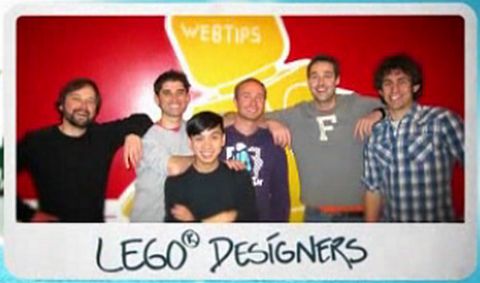 ➡ LEGO Designer Mike – Mike (not sure on the last name) is from the USA, and started working at LEGO in 2012, but have been building and playing with LEGO since he was six. He also likes to play basketball. He loves chrome LEGO parts, red bricks, and building dinosaurs. He once made a large Brachiosaurus using all of his dark-gray LEGO bricks. Mike shares a nice video-tutorial on making eyes for LEGO creatures. More here.

➡ LEGO Designer Morten R. – Morten is Danish, and used to be an architect, but found working for LEGO way more fun. When he doesn’t build with LEGO he listens to strange music that none of his family can relate to. His favorite LEGO set is the #4483 LEGO Star Wars AT-AT his wife gave him as a wedding gift. (She is awesome!) Morten shares a couple of videos featuring some of the LEGO Creator houses. More here.

➡ LEGO Designer Jamie Berard – you most likely know Jamie already as he is regularly featured on LEGO designer videos for the LEGO Modular Houses series and other sets. Jamie is from the USA, and is very popular with LEGO fans as he is fun, friendly, and cute (sorry, Jamie, for embarrassing you!). Jamie is also involved with the LEGO MBA Program, regularly blogs on the LEGO Creator site, and shares tons of very useful video-tutorials on advanced LEGO building-techniques. More here.

➡ LEGO Designer Lami Phan – Lami is Norwegian, can’t work without cake, and besides being interested in LEGO and design, he also likes stinky food, bright-colored boots, and taking an afternoon nap. I told you LEGO designers were interesting people! He also shares a good number of video tutorials with tips and tricks. More here.

➡ LEGO Designer Simon Kent – Simon is British, and has worked on most LEGO Creator products since 2005. He is also regularly featured on LEGO designer videos. When he is not working he plays football (I assume that means soccer for us Americans), or spends time falling off his mountain bike and falling over snowboarding. I guess he just likes falling. His advise; don’t use your teeth on LEGO! More here.

➡ LEGO Designer Morten G. – Morten is from Norway, and have been working as a LEGO designer since 2006. Growing up LEGO was his favorite toy and spent hours playing along with his brothers. In his spare time he likes to go biking, or in the winter snowboarding in the mountains with his friends. He shares some fun videos on making LEGO animals. More here.

➡ LEGO Designer Andy Sheenan – Andy is British, and can’t work without coffee. He loves designing LEGO vehicles, play football (again; that’s soccer for us over this side of the pond), falling over snowboarding, and being noisy with his trombone. He has been designing toys for LEGO since 2007 and joined the LEGO Creator department in 2011. More here.

Pretty cool to see the faces behind LEGO sets, isn’t it? What do you think? Also, if you would like to check out what LEGO Creator sets are currently available you can visit the Online LEGO Shop. 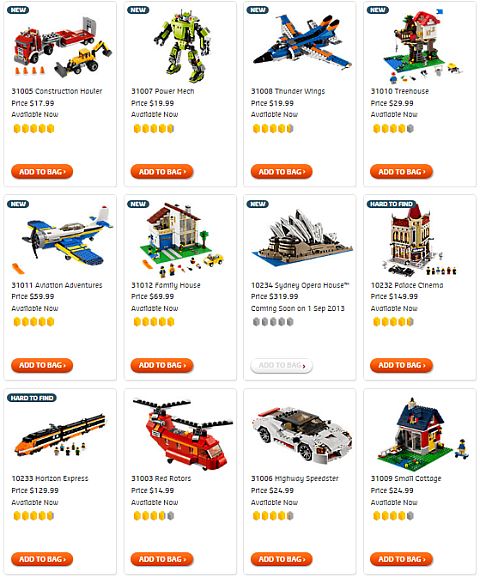 Do you have a favorite LEGO designer? Have you noticed that you tend to like sets by the same designer? Did you ever meet a LEGO designer in person, or would you like to meet one? What would you ask them? Feel free to share and discuss in the comment section below! 😉

Next post: Looking for LEGO super-fans for TV show!