One of the most exciting events for LEGO fans is happening this weekend: the International Comic-Con in San Diego, California. The largest convention of its kind in the world, and also the largest convention held in San Diego, with around 150,000 people attending each year for the four-day event. Originally showcasing comic books, science fiction/fantasy and film/television, and related popular arts, the convention now includes a larger range of pop culture elements, such as horror, animation, anime, manga, toys, collectible card games, video games, webcomics, and fantasy novels. And, yes, LEGO has a huge presence as well; giving away exclusive minifigures, and revealing upcoming sets. 🙂

The big news this year is related to The LEGO Movie coming out next year. We talked about The LEGO Movie before (see: The LEGO Movie – Coming to Theatres Soon!) and LEGO just released a press-release (see original in LEGO’s News Room), discussing 17 upcoming LEGO sets, 16 Collectible Minifigures, a new video-game, and a whole bunch of other merchandise, all tied in with the movie! Read press-release below: 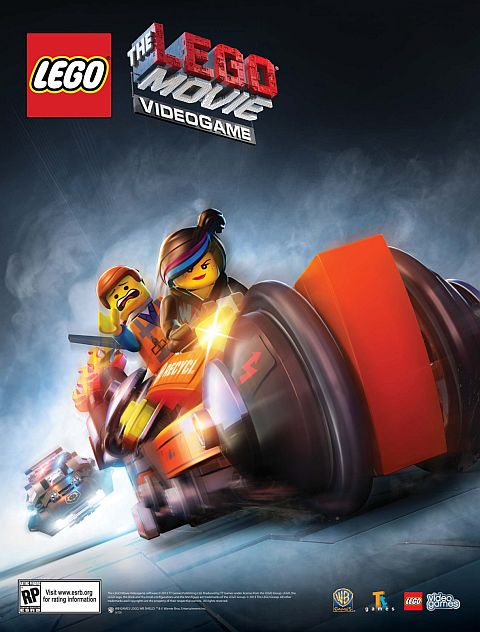 (July 16, 2013) – The LEGO Group today announced at the international Comic-Con convention in San Diego that it will produce a collection of movie-inspired building sets celebrating the brand’s premiere as a theatrical film. The company has also recruited an impressive roster of global partners to a broad, multi-category licensing program to support the much anticipated animated adventure film from Warner Bros. Pictures and Village Roadshow Pictures. Directed by Phil Lord and Christopher Miller and produced by Dan Lin and Roy Lee, The LEGO Movie is rapidly building buzz following its first released trailer and assembles on the big screen starting in February 2014.

“The LEGO brand has been a vehicle for creative storytelling around the world for decades, so it’s no surprise that there is such growing enthusiasm for the first LEGO theatrical film”, said Jill Wilfert, Vice President Licensing and Entertainment for the LEGO Group. “We are thrilled to collaborate with our valued partners to build a varied and compelling portfolio of products through which fans of all ages can celebrate this LEGO brand milestone.”

➡ THE LEGO MOVIE Building Sets – Inspired by pivotal scenes in the film and starring key LEGO minifigure characters, a collection of 17 LEGO building sets will deliver all of The LEGO Movie action to the playroom. Fans will delight in highly detailed and functional vehicles and structures that reflect the creative versatility of the movie’s many LEGO themed backdrops, such as City, Wild West, and Space. Attendees at the Comic-Con International event in San Diego, California will see the first The LEGO Movie building set unveiled at the LEGO booth on Saturday, July 20. 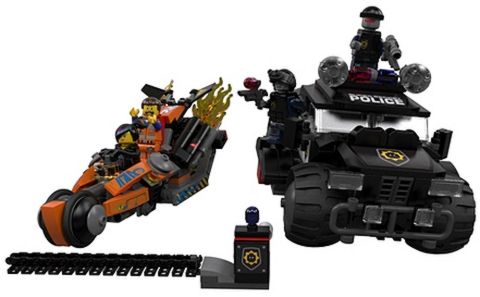 Additionally, the company’s line of Collectible LEGO Minifigures will receive its first Hollywood makeover with a series inspired by The LEGO Movie cast of 16 new and “new-again” LEGO characters.

➡ THE LEGO MOVIE Videogame – In related news, Warner Bros. Interactive Entertainment today announced that the chart-topping and award-winning LEGO videogames franchise from TT Games will include an epic gaming experience based on the film across all major console and handheld gaming systems. With more than 90 playable characters inspired by the film and 15 exciting levels, kids will be able to build an adventure like never before. 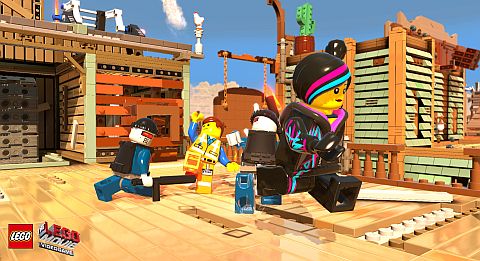 ➡ THE LEGO MOVIE Feature Film – The LEGO Movie opens in some global markets the first week of February, 2014. The 3D computer animated adventure tells the story of Emmet, an ordinary, rules-following, perfectly average LEGO minifigure who is mistakenly identified as the most extraordinary person and the key to saving the world. He is drafted into a fellowship of strangers on an epic quest to stop an evil tyrant, a journey for which Emmet is hopelessly and hilariously underprepared.

The English language version of The LEGO Movie stars Chris Pratt, Will Ferrell, Elizabeth Banks, Will Arnett, Nick Offerman, Alison Brie and Charlie Day, with Liam Neeson and Morgan Freeman, as the voices of the animated characters. The film is directed by Phil Lord & Christopher Miller (21 Jump Street, Cloudy with a Chance of Meatballs) from their original screenplay, story by Dan Hageman, Kevin Hageman, Phil Lord and Christopher Miller, based on LEGO construction toys. It will incorporate some of the LEGO world’s most popular figures while introducing several new characters, inviting fans who have enjoyed the brand’s innovative toys and hugely popular video games for generations to experience their visually unique LEGO world as never seen before. The film is produced by Dan Lin (Sherlock Holmes, Sherlock Holmes: A Game of Shadows) and Roy Lee (The Departed, How to Train Your Dragon). The LEGO Movie will be distributed by Warner Bros. Pictures, a Warner Bros. Entertainment Company, and in select territories by Village Roadshow Pictures.

So, what do you think? Are you excited about The LEGO Movie, the sets (with Wild West, and Space! Yay!), the minifigs and the game? Feel free to share your thoughts and discuss in the comment section below! 🙂