Here is the description: The magical world of Chima is still in trouble. Cragger is now the King of the Crocodiles, controlled by his cunning sister. He commands his forces to conquer all the powerful CHI. Will Laval the Lion,  Eris the Eagle, Gorzan the Gorilla, and their allies be able to stop him? Witness the courage, competition, combat, comedy, craziness, coolness, and… skunk clouds… as Legends of Chima continue…

Okay, so what new LEGO Legends of Chima characters did you find? One of my favorites is the Peacock, who appears to be some kind of Master of Ceremonies. It would be really awesome to get the Peacock as a minifig! Also in the background you can see a Rhino and a Bear. We have seen them before, but it would be great if LEGO would put them in future Chima sets. The Rhinos are my personal favorites! 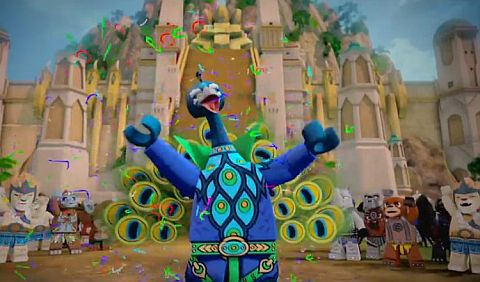 Then there is this super-cool Chima character; I have no idea what it is or who it is at this point. Some kind of magical creature? I guess we will just have to wait and see future episodes to find out! 🙄 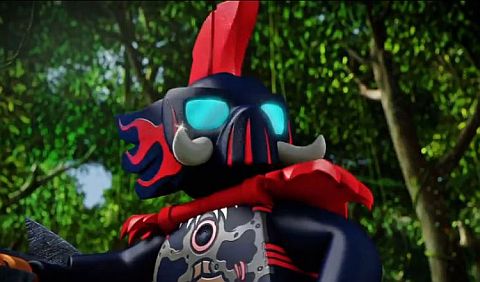 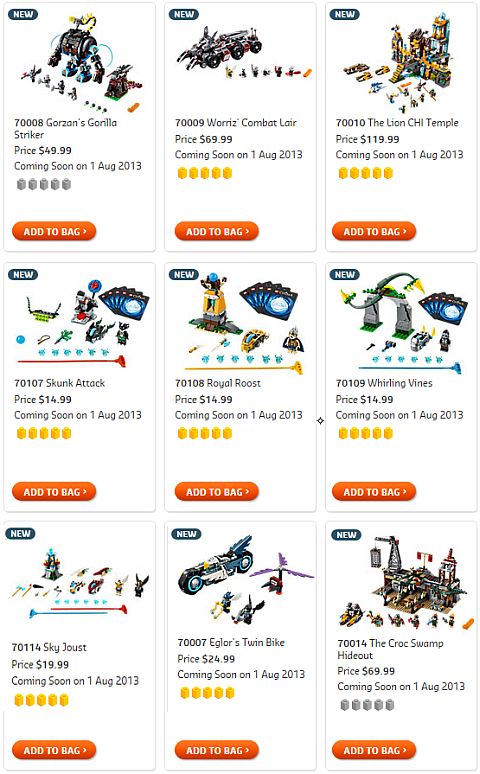 So what do you think? Which is your favorite LEGO Legends of Chima character? And how do you like the new characters? What about the new Chima sets and Speedorz? Did you get any of them yet? Feel free to share your thoughts and discuss in the comment section below! 😉