We have covered the exclusive LEGO minifigures that were only available at the recent San Diego Comic-Con (see links at the end of this post), but there were also a couple of unique sets that we haven’t yet talked about. These sets were not giveaways like the minifigures, but were available for purchase in limited quantities (1000 of each). So let’s take a look! 🙂

➡ LEGO STAR WARS JEK-14 MINI STEALTH STARFIGHTER: a cute, small version of the recently released #75018 LEGO Star Wars Jek-14 Stealth Starfighter, this set includes 105 pieces and a Jek-14 minifigure (same as in the larger set), and was retailing at Comic-Con for $40. The box has the Comic-Con logo, so make sure you don’t throw away the box if you have this set already, as it will keep its value significantly better! 😀 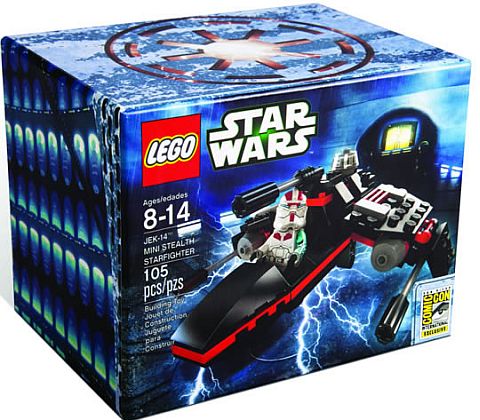 Flickr member Allen Tran kindly shared some detailed pictures of the San Diego Comic-Con exclusive LEGO Star Wars set. I will show you some of them below, and you can also check out Allen’s flickr gallery for more. 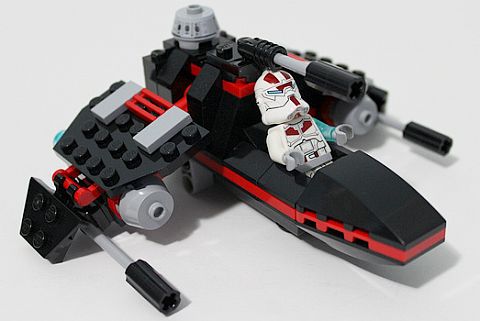 If you would like the LEGO Star Wars Jek-14 Mini Stealth Starfighter, you can find this set, along with other Comic-Con exclusives, on eBay. The going price is somewhere between $50-$100. Not too bad for such a rare and exclusive LEGO set: SEE ON EBAY

➡ LEGO THE HOBBIT MICRO SCALE BAG END: this is another really nice set that was available at the San Diego Comic-Con. It’s a small version of Bag End from the #79003 LEGO The Hobbit Unexpected Gathering set. It includes 130 pieces and a Bilbo minifigure (same as in the #79000 LEGO The Hobbit Riddles for the Ring), and was also retailing for $40. The box has the Comic-Con logo, commemorating the special event. Again; if you have this set, don’t throw away the box! The set will keep it’s value, and unique place in LEGO’s history. 🙄 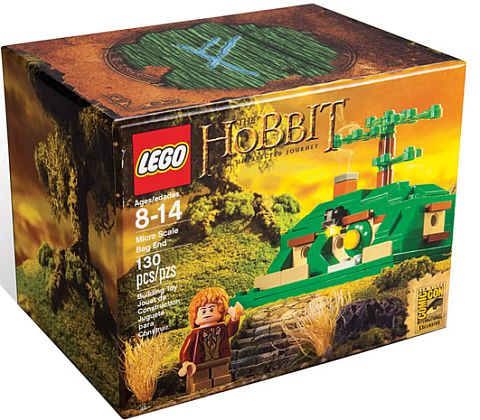 Allen took pictures of the LEGO Micro Scale Bag End set as well. Below are a couple of his pictures, and you can check his flickr gallery for more. 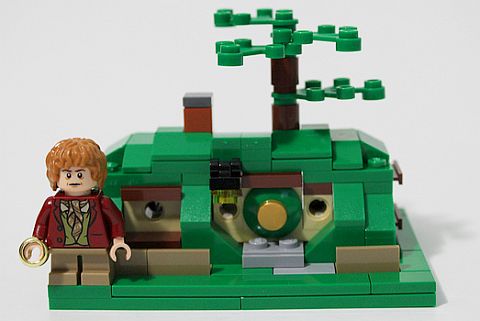 Again, if you would like to get one of the LEGO Micro Scale Bag End sets, eBay is your friend. This also goes for somewhere between $50-$100. You can check the listings here: SEE ON EBAY

So what do you think? How do you like the SDCC LEGO exclusives? Did you get either of them already? Or would you like to? Feel free to share your thoughts in the comment section below! 😉