As you probably know, in LEGO-language MOC stands for “My-Own-Creation”, meaning; LEGO models that you design on your own. The other day I decided to give myself a challenge; building some custom LEGO characters out of LEGO Hero Factory parts and a few LEGO Bionicle elements from sets I didn’t mind to take apart. I had an hour and some music, and eventually came up with some figures I thought to share with you. I think they turned out pretty well – if I might say so. 🙂

First, we have this LEGO Hero Factory Stringer-inspired character that I named Shadow. He is a mysterious person who is neither good nor bad. He wields a flame-sword and a blaster, and has a mystical blade mounted on his back as a possible third weapon. 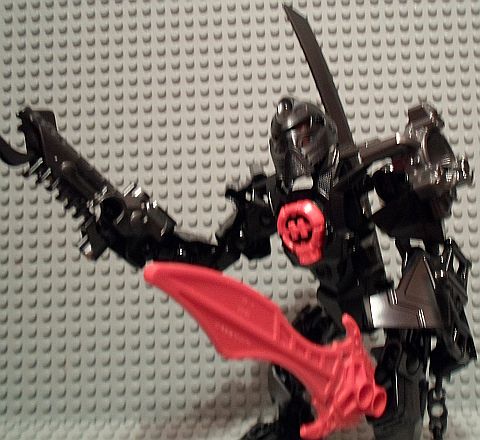 Second, we got a hero I call White Knight. He is a veteran hero that not a lot of people remember. At one point he worked with the LEGO Hero Factory character Stormer, and they became good friends. He wields an extremely strong sword made out of an advanced material that has no name. He also carries a shield. 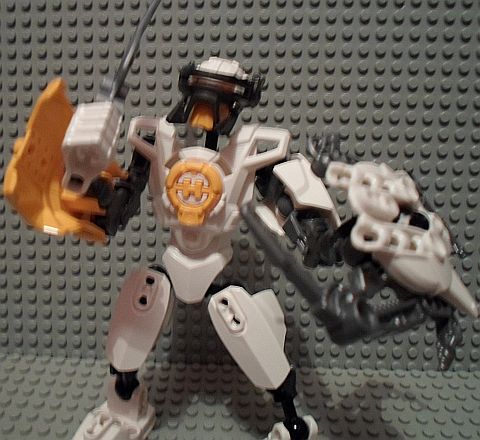 Next, we have a figure I have not yet named. You can let me know in the comment section below what he should be called. He is taller than most heroes and had to make do with the odd colored parts due to his size. Despite the clashing colors his armor has proved its worth during his lifetime. He carries a short-sword and a heavily armored blaster. 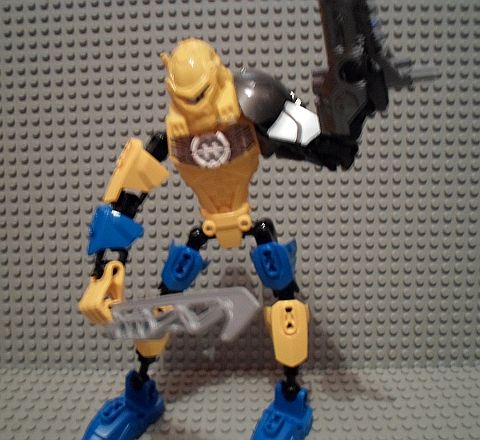 Penultimately (you may have to look that up in the dictionary), we have a LEGO Hero Factory Surge-inspired character that I named Bolt. He is highly ranked, and is respected among his friends. His blue armor is almost always sparkling, and he makes sure he is always prepared. He wields an electric-blade, and a blaster that shoots lightning. The shoulder pieces of his armor are heavily plated. 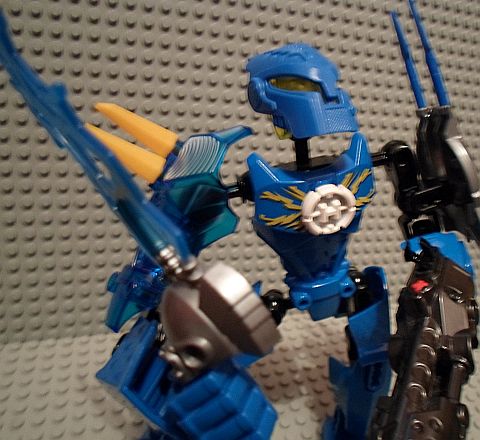 Finally, we have the beast. Its name is simply the Beast. It does not speak but reeks havoc wherever it goes. Whether it be from its swiping tail, humongous paws, or its razor-sharp blades protruding from its sides, destruction will follow it. You may be surprised to discover this is actually a hero. Despite its bulkiness and tough exterior it has a soft spot; its belly. 😀 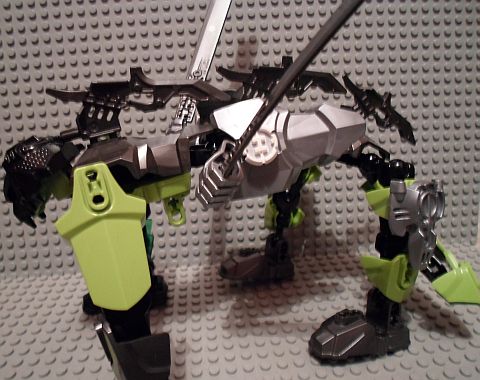 Overall, I’m quite pleased with the outcome of these characters. It did take me an hour to make them, due to taking pictures and trying to perfect the models. If you would like to build your own custom LEGO Hero Factory characters you can check out the Online LEGO Shop for currently available Hero Factory sets. 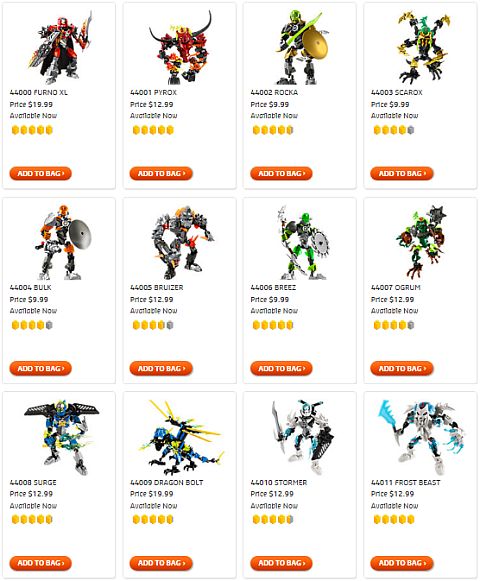 So what do you think? How do you like the LEGO challenge idea and my custom hero figures? Would you like to try the challenge yourself? What would you build? Let me know in the comment section below! Also, I’m a TFOL (Teen-Fan-of-LEGO) and this is my second article here. (You can read my first post here: LEGO Legends of Chima Gorzan’s Gorilla Striker Review.) Thanks for reading, and look out for Part 2 coming soon! 😉