If you keep up with LEGO news here and other LEGO fan-sites, you know that LEGO Ninjago is going to continue in 2014. Although there hasn’t been much news lately, as we get closer to the end of the year/beginning of next year, we can expect more and more news to trickle in. The latest is that the first LEGO Ninjago 2014 minifigure has been spotted on eBay, plust the following image appeared on the official LEGO Ninjago Facebook Page showing the same minifigs! 🙂 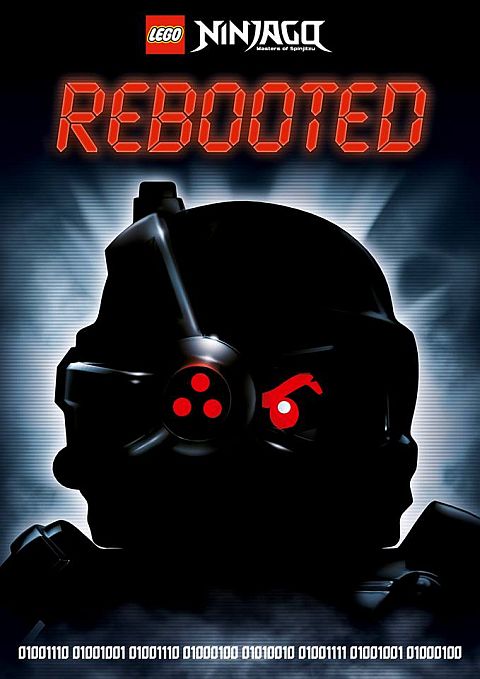 A couple of days ago there was an auction on eBay for a LEGO Ninjago minifigure named “General Cryptor” – a half ninja/half cyborg character that likely escaped from the LEGO factory in Mexico. (We have seen this same trend before with the previous Ninjago waves, as well as LEGO Legends of Chima, and LEGO Super Heroes – eBay is a strange place, but that’s another topic.)

Going back to General Cryptor, we can only assume he is a badguy in Ninjago based on his creepy name, black outfit and evil-ish facial expression. He comes with a ninja-hood with an attached cyborg eye-piece. His shoulder armor is also a new piece, and I like it much better than the previously released Ninjago armor that looked like little wings.

Also notice the silver cyborg right arm! The head and torso are printed on both the front and back, and the legs are printed on the front. The armor piece can hold two katanas, like the previous Ninjago armor. 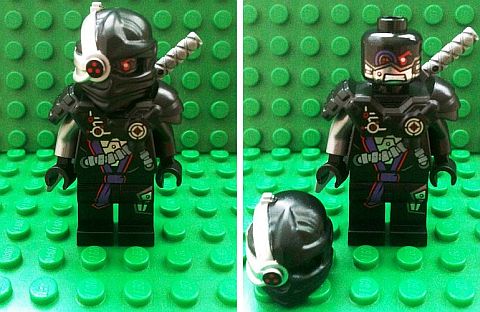 General Cryptor will appear in at least two new LEGO Ninjago sets (according to the eBay seller mentioned above); #70721 LEGO Ninjago Fighter Kai and #70724 LEGO Ninjago NinjaCopter. For your reference here are the upcoming LEGO Ninjago 2014 sets we know about:

Although the auction for General Cryptor is now over (I actually bid on this auction, but it went way above what I was willing to pay), I’m sure more will pop up in the near future. If you are interested to see what LEGO Ninjago minifigures are coming, I highly recommend to keep an eye on this seller’s auctions

, as well as on other LEGO sellers from Texas, right across the border from Mexico. 😉


So what do you think? How do you like General Cryptor and the whole idea of Ninjago turning more cyborg-ish? Feel free to share your thoughts and discuss in the comment section below! 🙂