As predicted, as we get closer to the new year and the reboot of LEGO Ninjago, more and more news start pouring in. We just talked about General Cryptor a couple of days ago, and now there is more awesome news! Kmart revealed three of the upcoming 2014 LEGO Ninjago sets on their website! Of course they are not available yet, and they are likely listed by mistake, but we can at least see detailed pictures and read the description of the three Ninjago sets. So without further delay, let’s see what we got! 🙂

➡ #70721 LEGO NINJAGO KAI FIGHTER – Put the heat on General Cryptor and grab the Techno-Blade with Kai Fighter with 2 flick missiles, jet engines and speed mode wings. Kai has taken over a civilian vehicle and used his Techno-Blade to turn it into an awesome red and gold Ninja Fighter! Take off and weave between the skyscrapers of New Ninjago City with Kai in the cockpit. Shoot the gold-tipped flick missiles into the path of the evil General Cryptor and evade blasts from his ground-to-air laser rocket launcher. Defeat General Cryptor then flip the wings back to engage speed mode and zoom away. Includes 2 minifigures with weapons and an accessory: Kai and General Cryptor. 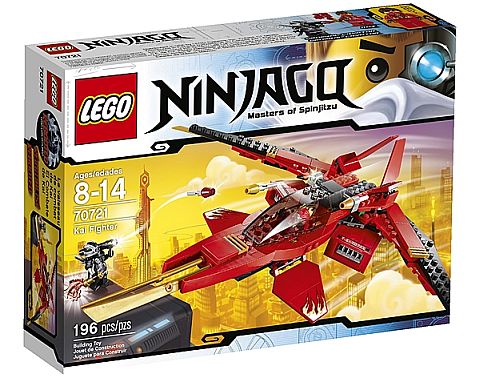 Fire the gold-tipped flick missiles. Flip the wings into speed mode to accelerate away from Nindroid attacks. Grab the red Techno-Blade from General Cryptor and save New Ninjago City. 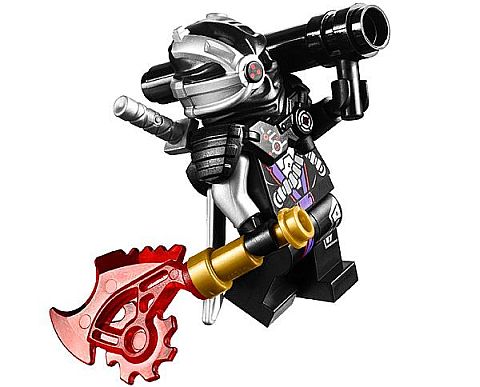 ➡ #70722 LEGO NINJAGO OVERBORG ATTACK – Escape on the Green Ninja cycle in OverBorg Attack with all-terrain tank bike, mech chair, spinning saw blades, jump ramp and 2 minifigures. Cyrus Borg has been transformed by technology into OverBorg, and is on a mission to control New Ninjago City and capture the Green Ninja. Help the Green Ninja escape to safety on his super-slick cycle with golden blades. The OverBorg has powered up in his mech chair and is giving chase on his all-terrain tank bike, churning up the road with the two fast-spinning, slicing circular saw blades. Evade the tank bike’s lasers then accelerate onto the ramp and soar over OverBorg’s fearsome machine! Includes 2 minifigures with weapons and accessories: OverBorg and Lloyd. 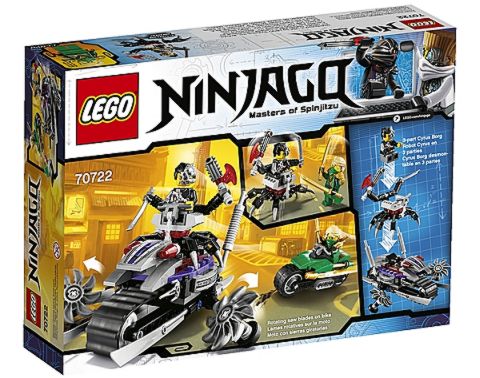 Attach the OverBorg mech chair to the tank bike. Slice up the road with the fast-spinning front saw blades. Leap over OverBorg’s tank bike with the Green Ninja’s jump ramp. 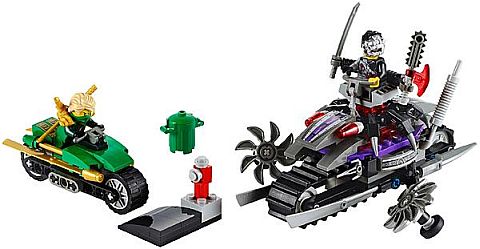 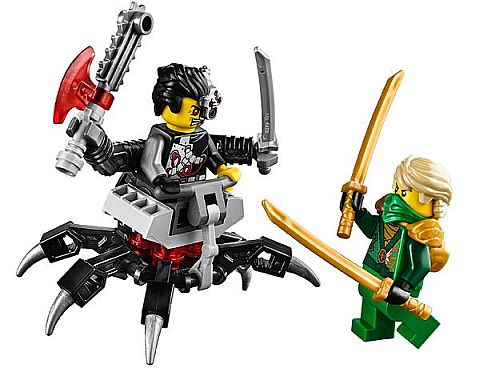 ➡ #70723 LEGO NINJAGO THUNDER RAIDER – Battle the Nindroids with Jay’s Thunder Raider featuring attack/speed modes, hidden flick missiles plus Cole’s Earth Mech and Techno-Blade. Team up Cole and Jay against the Nindroids with Thunder Raider, a versatile Ninja vehicle full of hidden surprises. Attach Cole’s Earth Mech to the back of Jay’s lightning off-roader. Engage speed mode and power effortlessly over rough terrain with the high-grip front tank treads and huge rear wheels. When the Nindroid attacks with its double laser cannon, detach Cole’s Earth Mech and fight back using the golden sword blasters. Transform the awesome Thunder Raider into attack mode to shoot hidden missiles and reload until the Ninjas are victorious! Includes 3 minifigures with weapons: Cole, Jay and Nindroid. 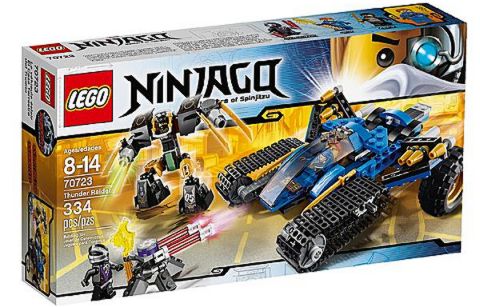 Transform into attack mode and fire the hidden missiles. Match up Cole in his Earth Mech against the Nindroid. Backflip onto the back of the Thunder Raider with Cole’s Earth Mech. Revert to speed mode to power through the city. 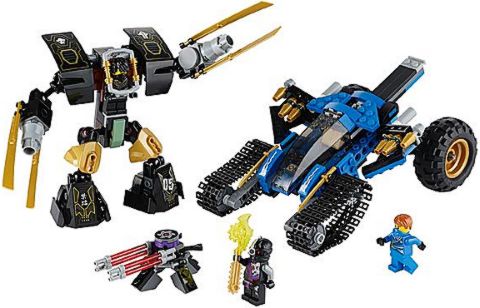 Exciting, isn’t it? We are finally getting hair-pieces for all the ninja, and of course new ninja uniforms and weapons as well. Of course there will be more sets coming out too. For your convenience, here is a list of 2014 LEGO Ninjago sets we know about:

So what do you think of the 2014 LEGO Ninjago sets? And how about the minifigures and the story? Feel free to share your thoughts and discuss in the comment section below! 😉