An interesting piece of news for LEGO Star Wars fans is that the latest in the LEGO Star Wars Planets Series (also referred to as LEGO Star Wars Buildable Galaxy Collection) will not be available in the USA. We are talking about Series 4 here. Apparently sales of the previous series have been slow, so it makes sense for LEGO not to take up valuable shelf-space at retail stores with sets that aren’t moving. However Series 4 is going to be (or have already been) released in other countries. 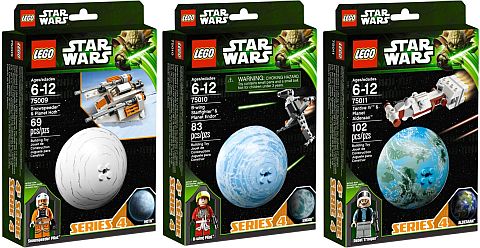 In either case, LEGO Star Wars Planets Series 4 will be the last one in the series. They will be replaced by the upcoming LEGO Star Wars Microfighters Recruitment line we have talked about before (see: 2014 LEGO Sets News & Rumors…). These sets will still include a minifig, along with a minified vehicle/ship that is large enough for a minifigure to navigate. They will be similar to the exclusive sets released at various Toy Fairs. 🙂 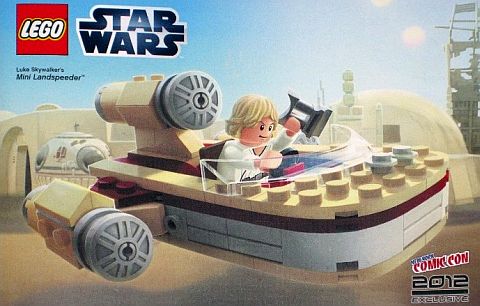 Like with many other small and limited series, I believe the LEGO Star Wars Planets will have excellent resale value in the future. People just like to collect things, especially miniatures. And since there are only 3 sets per series (12 in total) it is not an impossible dream to get them all, nor do they take up a lot of display/storage space. And they are quite cute with some nice (although not unique) minifigs, mini space-crafts, and globes (the planets) with printing that can be useful for various LEGO creations. If you are interested in investing in LEGO, you might consider stocking up on LEGO Star Wars Planets sets before they are completely sold out. For your convenience, below is a list with pictures of all of the LEGO Star Wars Planets so you can see which you have already and which ones you are still missing from your collection (from the Brickset database): 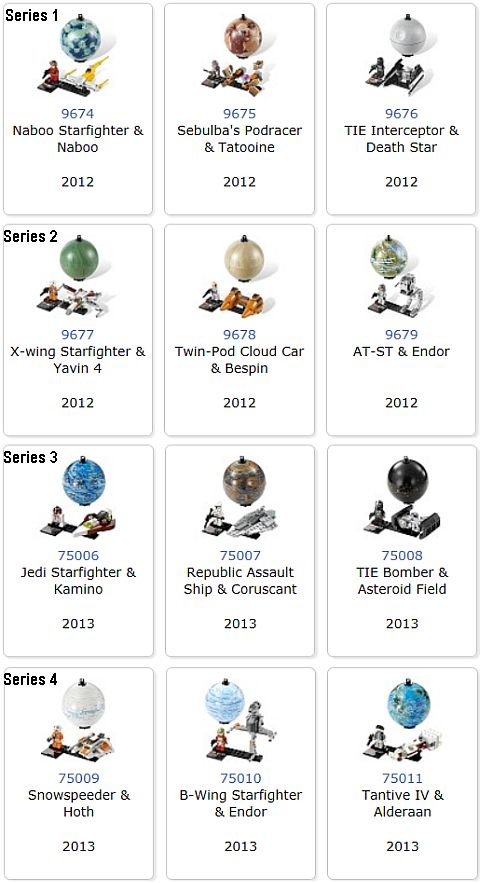 . And if you would like to get Series 4, BrickLink sellers from Europe and Asia can provide them for you. 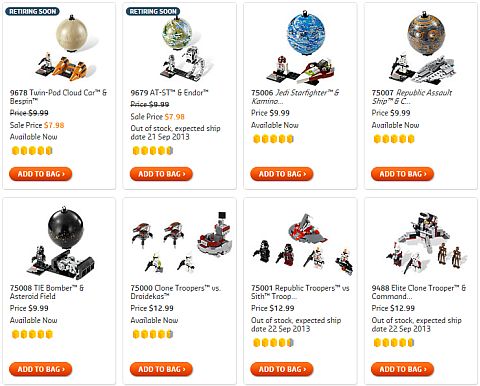