by Thita (admin) on September 26, 2013
in Community Articles

Welcome to Part 3 of the little series I’m doing where I share an experiment of giving myself a LEGO building challenge. If you haven’t read the previous posts, you can find them here: The LEGO MOC Challenge – Part 1 and The LEGO MOC Challenge – Part 2. This time I used normal LEGO bricks instead of LEGO Hero Factory and Bionicle elements, and unlike in the previous two challenges I didn’t give myself a time limit; I have made these LEGO creations in the span of a few days. So here is what I got! 🙂

Let’s start with the largest of all, a LEGO mech, that I purposely made a bit rough around the edges, as it suppose to be a junk robot. The top of the legs use ball-joints for mobility, but they look a bit off in my opinion. For the arms I used the same techniques found in the Rock King from the now retired LEGO Power Miners series. Finally, there is a feature that you wouldn’t notice unless I tell you about it; part of the mech’s torso pulls out to reveal the pilot. The section locks in place with a clip at the waist, and the Star Wars separatists symbol is the handle to pull it out of its slot. 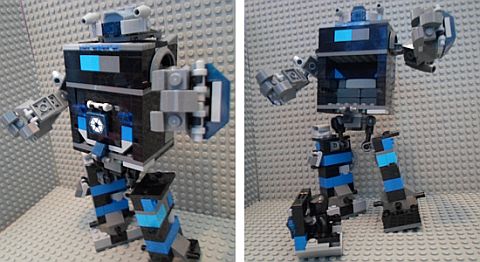 Next, we have a LEGO starfighter that has an auto-leveling cockpit that rotates to stay level with the ground, but only has 180 degrees of movement. The rotation can also be controlled via a handle at the back. 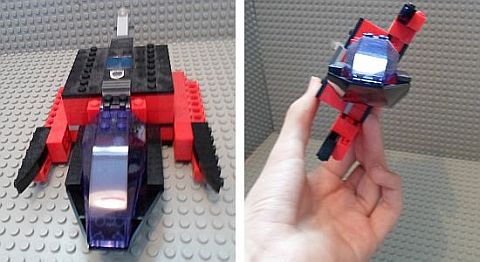 Then comes my pride and joy; a small LEGO battle mech! It is not much taller than a regular LEGO minifigure, and came together when I was just messing around with some parts and unusual building techniques. I’m very happy with this little guy. 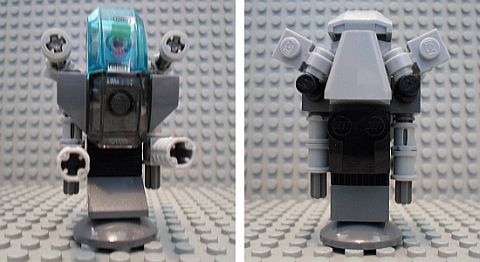 The next LEGO MOC I was working on is a mining area. This came about after reading Geneva’s post Building With LEGO: Beautiful Landscaping. It is basically a bunch of gray LEGO pieces placed together in a way that makes them look almost like a real random rock formation, but what you don’t know is that I included an explosion feature that fires part of the rocks across half a room! No flick is needed, it’s just a push mechanism. This model is now taken apart and the parts are used in my Lord of the Rings Orcs’ hangout MOC that includes the exact same firing mechanism, as it worked so well the first time. 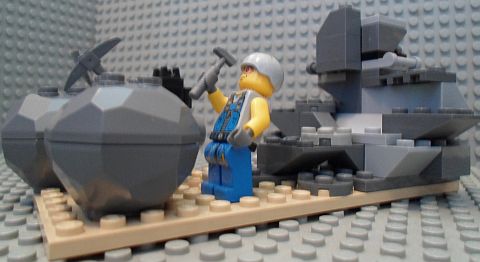 Then we have a pirate’s tree. This LEGO MOC is also now dismantled, and the parts have been re-used in my aforementioned Orcs’ hangout and another Lord of the Rings creation based on the Gandalf arrives scene. The tree has a chair-like place on top for the pirate to look around, and the branch sticking out at the side is for the pirate to be able to swing into battle. The tree doesn’t have much greenery left as it has been modified and improved upon many times to make the perfect hideout place. 🙄 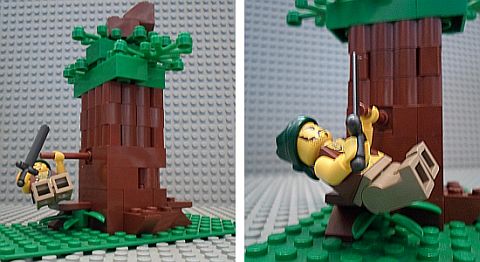 Lastly, we have a LEGO sewer. But this isn’t just any sewer – it is radioactive! Hence the zombie swimming towards my custom Hazmat guy (I couldn’t find my Collectible Minifigs Series 4 Hazmat Guy) The sewer has a control panel and protective screen on one side, and on the other side the sewage flow made with multicolored pieces to make it look radioactive. 😈 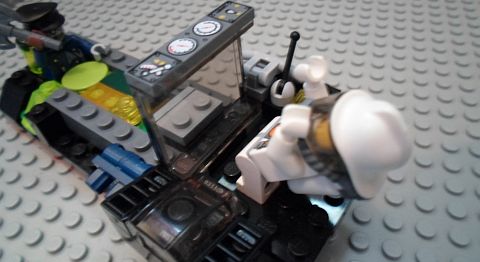 So, what do you think? How do you like the LEGO creations I shared with you? Which one do you like the best? Any ideas or suggestions for improvement? Have you been giving yourself MOC challenges? And would you like me to continue this series? Feel free to share your thoughts in the comment section below! Also, if you would like me to share my Orcs’ hangout and Gandalf arrives MOCs, let me know! I’m a TFOL (Teen-Fan-of-LEGO) and this is my fifth article here. You can check out my previous posts below. Thanks for reading! 😉