Get the LEGO Legends of Chima soundtrack!

Although LEGO Legends of Chima is geared towards a very young television audience, the music by Danish composer Anthony Lledo (Screamfest Award winner for his Frostbitten score, released by MovieScore Media in 2006) is very much grown up. Written in the tradition of big orchestral fantasy-film scores and championing strong melodic content and colorful orchestrations, Legends of Chima is a mature symphonic score worthy of any epic story – and certainly a perfect accompaniment to the magical word of Chima. 🙂 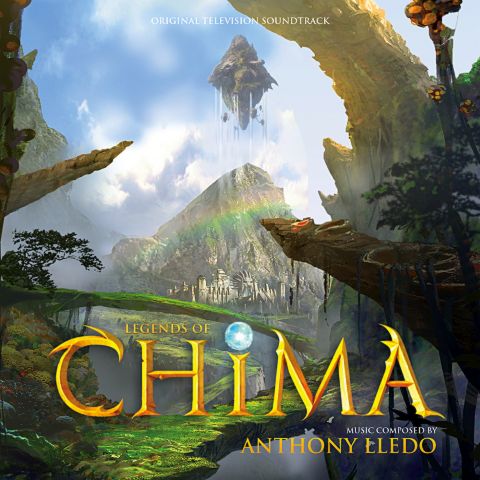 For the Legends of Chima soundtrack album the composer has compiled the best music from the TV show creating a varied and exciting collection, expertly mastered by engineering veteran John Rodd (Elysium). Below is a bit of info from the official press-release:

“Legends of Chima is a direct continuation of the composer’s long-time association with LEGO, M2 Film and director Peder Pedersen for whom he adapted classic John Williams themes for LEGO Indiana Jones: Raiders of the Lost Brick (2008), LEGO Star Wars: The Quest for R2-D2 (2009) and Star Wars: Bombad Bounty (2010) – all directed by Legends of Chima co-director Pedersen. Anthony Lledo’s work on Legends of Chima is an exciting, colorful and impressively epic score that plays an important role in expanding the world of Chima. The music benefits from the great support coming from live musicians: strings and brass are recorded by the F.A.M.E.’s orchestra is Skopje, Macedonia while woodwinds are recorded in Los Angeles. Highlights include the whimsical Playful Tribes, the majestic Chi and the epic The Great Story which features a guest performance by Anthony’s son, Elliot. The 13 tracks contain the most memorable moments from Legends of Chima.”

The total length of the Legends of Chima album is little over half an hour long. Below is the track-list from the album:

I have listened to the whole album, and I’m confident that LEGO Legends of Chima fans would love it. Also, even if you are not such a big Chima fan, but if you like epic film-scores you will enjoy this collection. The Legends of Chima soundtrack album is available for digital download at iTUNES, AMAZON

, eMUSIC. There is also a CD version, but it is currently only available in the UK and Europe at the following places: KRONOS RECORDS, AMAZON.CO.UK. You can listen to sample music from the soundtrack at these location as well. 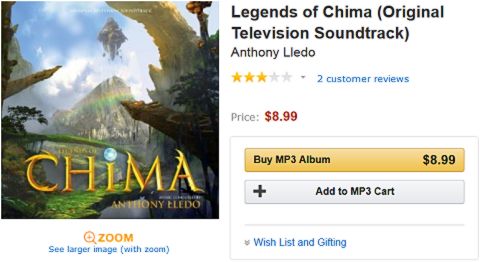 What do you think? How do you like the soundtrack of the LEGO Legends of Chima TV show? Are you considering buying the soundtrack? Or have you done it already? Feel free to share your thoughts or own review in the comment section below! 😉