I just received the January/February issue of the LEGO Club Magazine a few days ago and found something really interesting; a preview of the 2014 LEGO Teenage Mutant Ninja Turtles sets! So let’s take a look! 🙂 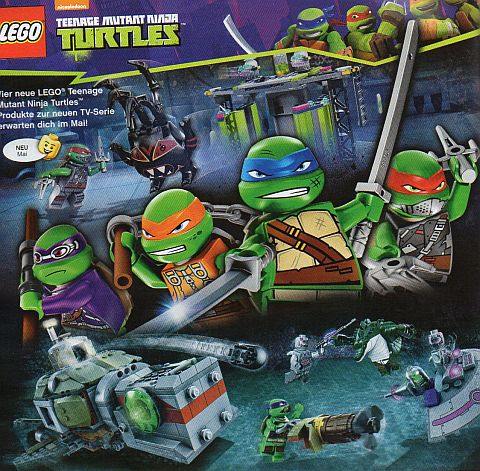 First of all, there are going to be seven new LEGO Teenage Mutant Ninja Turtles sets in 2014; four for the animated TV series, and three for the upcoming movie. Here is the list:

When I first heard that LEGO was making the T-Rawket, I was fairly surprised, as it is only seen in one episode, and not for very long. Then I thought about it, and decided that it would make for a very interesting LEGO set. In the LEGO Club Magazine Donatello introduces the T-Rawket as a project he is working on, so it only shows the blueprint of the model. It looks pretty cool nonetheless, and I hope it will be able to fit all four of the turtles. The engine at the back looks wicked fast, just like it should. There are also some flick-fire missiles on the side, which is expected from LEGO. Towards the back you will notice a handle; I wonder if it lifts up to reveal some storage? I think the #79120 LEGO TMNT T-Rawket Sky Strive set is going to look awesome and I can’t wait to see it! 🙄 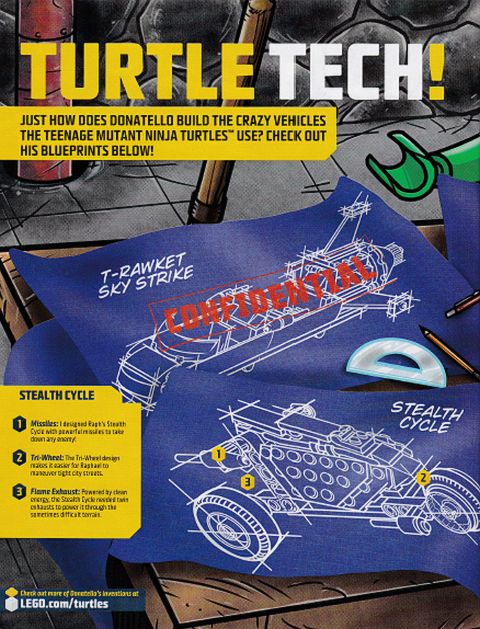 As far as the Turtle Sub from the #79121 LEGO TMNT Turtle Sub Undersea Chase, there is a small image of it in the first picture I shared above, but you can’t really see the sides and the back. In the LEGO Club Magazine Donatello shared a blueprint of this vehicle as well. I really like the fins and the periscope! I also wonder how LEGO designers achieved the effect of the curved car roofs. It would be really cool if the sides could flip up to reveal some workout equipment. I also hope that one of the boosters can be detached so you can recreate the “Wow! That was fast!” scene from the cartoon. 😀 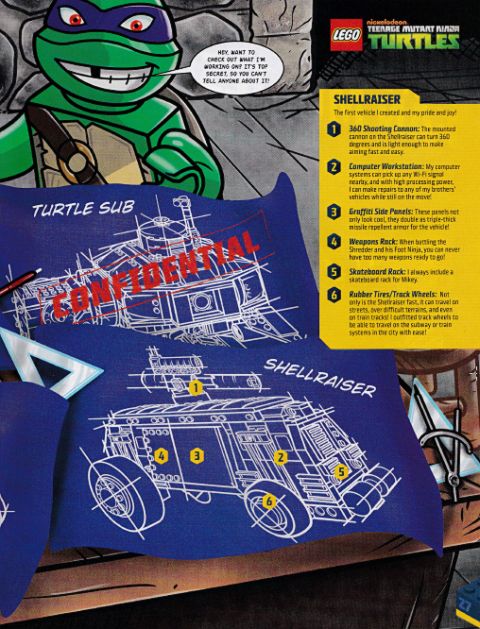 The 2014 LEGO Teenage Mutant Ninja Turtles sets should be available later this year. In the meantime you can check out the current LEGO TMNT sets at the Online LEGO Shop. 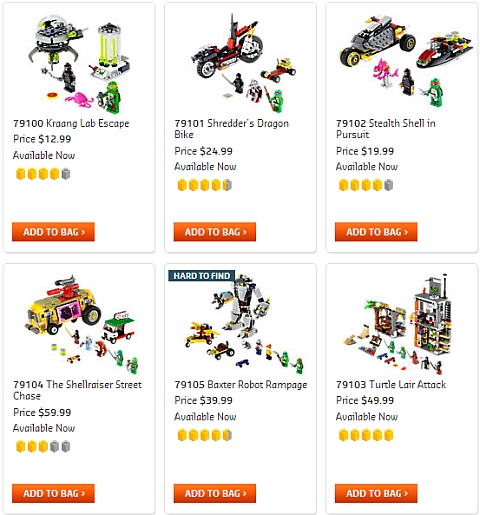 So what do you think? How do you like the 2014 LEGO Teenage Mutant Ninja Turtles sets (well, at least what we can see of them so far). Did you get your LEGO Club Magazine yet, are there any interesting things you have noticed? Feel free to share in the comment section below! Also, I’m a KFOL (Kid-Fan-of-LEGO) and this is my fifth post here at theBrickBlogger. You can read my previous post below. Thanks for reading! 😉