My name is Philip Verbeek from the Netherlands. I’m 18-years-old and a LEGO fan. My specialty is making LEGO GBCs (Great Ball Contraptions). Today I would like to show you my latest project, the LEGO GBC-8. Maybe it will inspire you to make your on LEGO GBC on day. I even have the instructions available for download, if you are interested! 🙂

This is not the first time I have made a LEGO GBC, in fact this is my 8th design. Some of my past LEGO GBCs included ball-launchers, ramps, elevators, grabbing claws, and more (see my website). This time I wanted to add even more, so the GBC-8 comes with elevators, moving ramps, and an undulating bridge. I also incorporated the LEGO NXT that allows me to track data about system-performance and control the whole thing with an Android app. See video below of how it all works!

Some fun facts about the LEGO GBC-8: I used over 2000 LEGO pieces and 2 XL motors (one for all the modules and one for the air-pump). The mechanical energy from the motor is transmitted to most of the modules via gears, or a network of strings woven through the bricks. 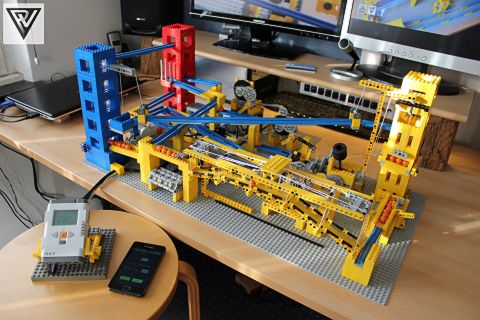 I also used the LEGO NXT, so I can control the LEGO GBC with my smart-phone and wirelessly turn it on and off (a mechanical control-switch is added as well). The LEGO NXT is also used for measuring data; you can see the balls that have passed by, the average amount of balls per second and a clock to see how long the GBC has been running. 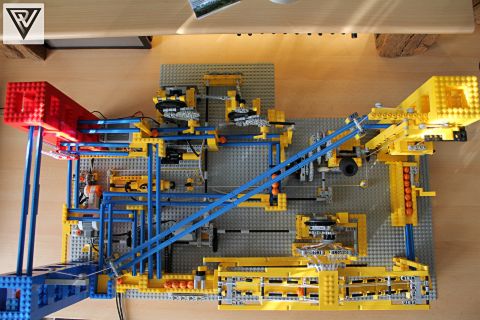 Here is a list of mechanisms and functions of the LEGO GBC-8. Please note that not all of them have official names, so I just named them by the function they perform: 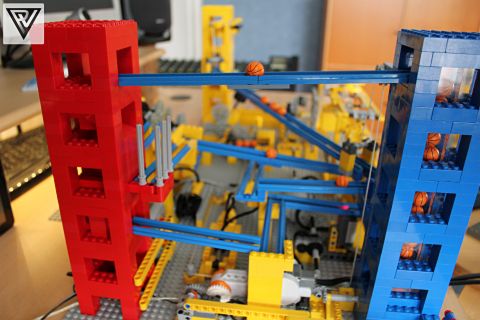 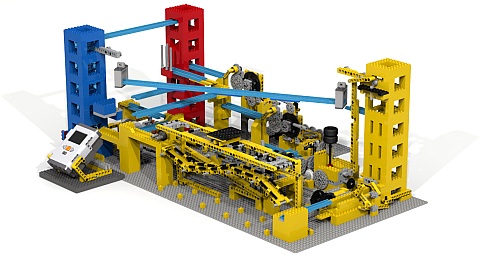 Also, if you would like LEGO to make a Great Ball Contraption set, you can support my project on LEGO CUUSOO. If it reaches 10,000 votes, LEGO may consider making it an official LEGO set.

So how about you? Have you ever built a LEGO GBC before? Are you considering it? Do you have any questions? Feel free to share in the comment section below. Thanks for reading! 😉

And you might also like to check out the Featured LEGO Fans and Featured LEGO Creations section for more inspiring LEGO projects.

Next post: Guide to feeling for The LEGO Movie minifigs