We are just starting to get ourselves acquainted with the incredibly fun The LEGO Movie sets, and there is already news of possible future sets. On gamers’ forum NeoGAF member PhoncipleBone shared some images from an upcoming The LEGO Movie book. So let’s take a look! 🙂

The first The LEGO Movie set is Benny’s (the 1980s something space-guy from The LEGO Movie) Spaceship. If you are a LEGO fan who grew up in the ’80s you will probably faint seeing this picture. The LEGO Alien Conquest sets released a couple of years ago were a really nice reminder of LEGO Classic Space, but this set is pretty much right out of that era! Benny is bringing us back some very good times! Also notice the cute blue Astro Kitty! 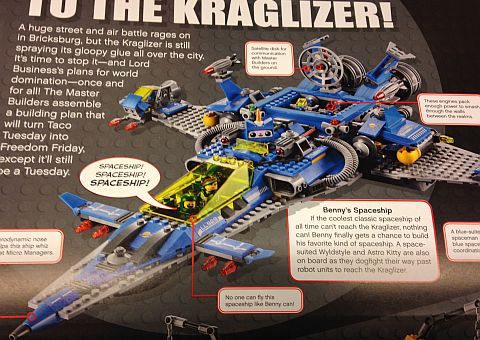 The next The LEGO Movie set is Emmet’s Construction Mech. This thing is huge and looks absolutely fantastic. It also has the same kind of special code on the front as the currently released The LEGO Movie fire-truck mech (#70813), which should unlock something special in the upcoming The LEGO Movie game. To me this indicates that these are definitely going to be real sets, and not just built for the book. Just sayin’. 🙄 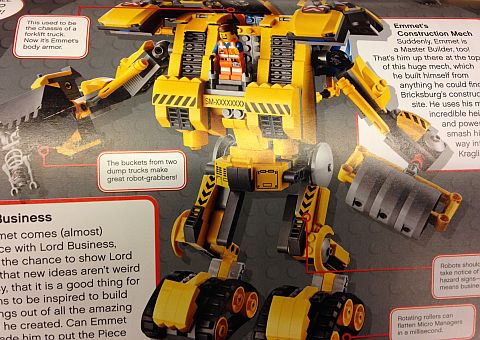 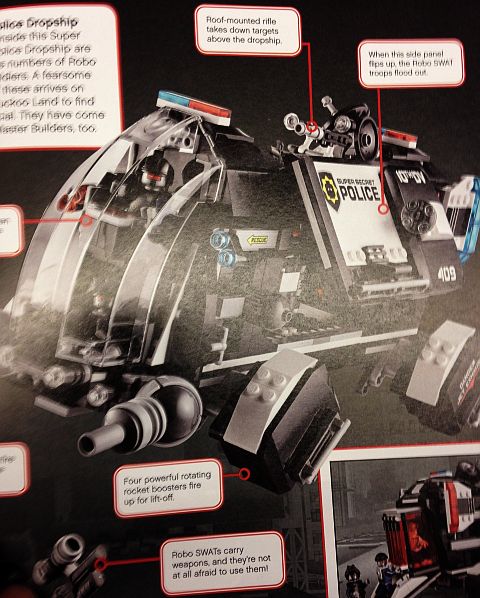 But wait, there is more! Check out the picture below! Here members of LEGO’s staff are showing off with The LEGO Movie sets; both the ones that have been released already, and the ones we just talked about. Have you noticed thought that outrageously huge pirate-ship on the left-hand side? It most likely belongs to Metalbeard. If this get’s released by LEGO it is going to be the largest official LEGO ship ever! 😀 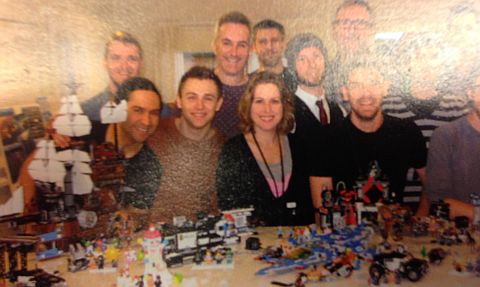 I have been very excited about the first wave of The LEGO Movie sets and would have been perfectly happy if that’s all LEGO releases. These later sets are way beyond anything I have ever expected. They are definitely a dream-come-true for long-time LEGO fans. My expectation is that these sets will be released in the summer. While we are waiting you can check out the currently available The LEGO Movie sets at the Online LEGO Shop. You will not be disappointed. I have built most of the sets already and they are exceptional. Also, you can check out The LEGO Movie books on Amazon

So what do you think? How do you like the currently available The LEGO Movie sets? And what do you think of these possible (I’m pretty sure they will be real) future sets? Feel free to share your thoughts and discuss in the comment section below! 😉