LEGO brickfilm: A Shot in the Dark

by Thita (admin) on February 25, 2014
in Featured LEGO Creations

My name is Ollie Upton and I am a young filmmaker/animator who works in British Television. I thought to share with you my new episodic drama titled A Shot in the Dark. It is taking on the likes of Breaking Bad and The Wire, the ever popular binge TV box set. However instead of one stand-alone short animation, or one long animated film, A Shot in the Dark is a series of very short episodes that follow on from each other, using LEGO minifigures as the characters. 🙂

I’m sure you are just as excited as I am about The LEGO Movie that is playing in theatres right now. It is worth remembering though the roots of The LEGO Movie; the thousands of LEGO films (also known as brickfilms) created by LEGO fans. Some are short and experimental, some long and epic, but they all help to bring in a new era of LEGO animation. In fact, Phil Lord and Christopher Miller, the creators of The LEGO Movie, shared that their biggest inspiration for making the movie were all the brickfilms they found on YouTube and spent many hours looking through. They wanted The LEGO Movie to feel that it has that kind of grass-roots origin and basically make a bigger version of a fan-created LEGO brickfilm (see interview here).

If you have some time I recommend that you browse YouTube for some of the best LEGO films and stop-motion animations, and there are also several of them featured on this website (see links at the end of this post).

Going back to A Shot in the Dark, it is inspired by classic British horror films, period dramas and epic murder mysteries. It parodies the old cinema style, with well-spoken characters, green-screened chase sequences and painted backgrounds. It is loosely based on the classic board-game Cluedo, and it follows the famous game characters such as Colonel Mustard, Reverend Green and Mrs. Peacock as they attempt to work out who murdered the unfortunate Dr. Black… 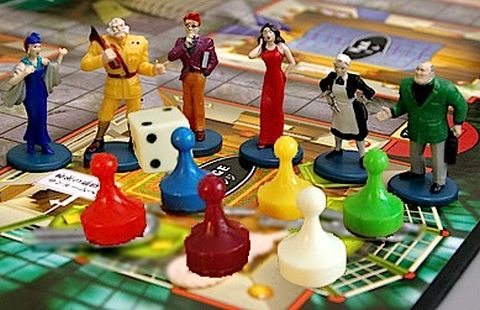 Using LEGO stop-motion animation techniques and some computer effects, A Shot in the Dark was in production for just under a year. The series will slowly unveil the details of an epic tale of murder, vengeance, and wildly speculative accusations. At times violent, funny, hilarious, and crazy, hopefully it will get you hooked. You can watch the first episode below, and following episodes will be released as weekly on my YouTube channel.

I also would like to thank Rachel James for the music, which was recorded by the City of Prague Philharmonic Orchestra. Glenn Pollock for the main voiceover work, and lots of friends and family and others who helped. I have spent many hours making this brickfilm and with a basically zero budget it would not have been possible without the help of others.

So what do you think? How did you like this LEGO stop-motion video? And who do you think murdered Dr. Black? Feel free to share in the comment section below! Your thoughts and feedback are appreciated! Thanks! 😉