While LEGO is still working out the details on the LEGO Exo Suit, the sixth LEGO CUUSOO set designed by Peter Reid, they did unveil the seventh LEGO CUUSOO project, the #21108 LEGO Ghostbusters set at the recent New York Toy Fair. It’s not every year a pop culture classic like Ghostbusters has a big anniversary (June 8th 2014 is the 30th anniversary of the release of the film), so the team at LEGO CUUSOO has been working overtime to make this set available as soon as possible. 🙂 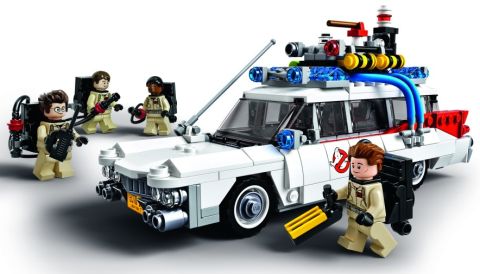 I have to say that while I was quite disappointed with the #21103 LEGO DeLorean Time Machine that was recently released under the CUUSOO line, the #21108 LEGO Ghostbusters looks excellent! Below are some details on this upcoming LEGO CUUSOO set. 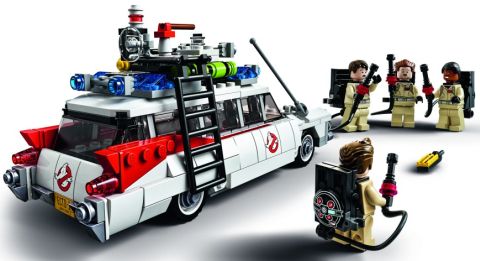 This fun and iconic vehicle from the blockbusting ‘80s movie is fully loaded with all the paranormal detection equipment needed to track down those ghastly ghosts. It also features cool Ghostbusters logo decoration, removable roof, tracking computer and seats for 3 minifigures. 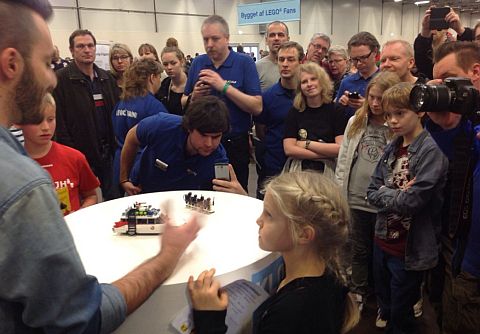 Brent Waller, the creator of this LEGO Ghostbusters set recently shared with the CUUSOO team that he has been a lifelong Ghostbusters fan: “As a child I would recreate Ghostbusters out of LEGO. I had a very primitive Ecto-1, Ecto-1A and the Firehouse as well as all of the main characters with LEGO Classic Space air-tanks for Proton Packs. As an adult rediscovering my love of LEGO, recreating it now was a way of recapturing that unbridled creativity of my youth.” Below is Brent in his Ghostbusters costume, including proton-tank (visit his flickr gallery for more). 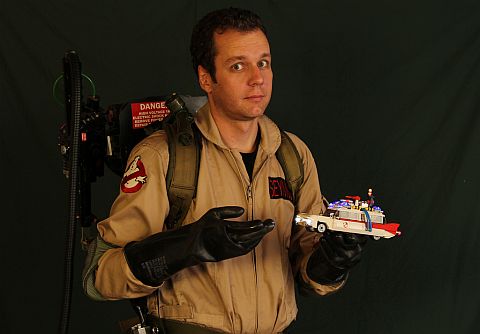 What do you think of the LEGO Ghostbusters set? Do you like it? Are you planning to get it when it becomes available? Feel free to share and discuss in the comment section below! 😉