Many LEGO fans are excited about the newly released LEGO Mixels theme. It features small creatures, divided into elemental tribes, with wacky personalities and interesting LEGO parts. In the previous post on LEGO Mixels we talked about the first series of tribes that were just released (see: LEGO Mixels Available Now!), as well as the LEGO Mixels website where you can find more information about the characters, play games, etc.

As you probably know, Mixels is a collaboration between LEGO and Cartoon Network, so there is another website dedicated to the Mixels cartoon characters from the TV show, and that’s what I would like to introduce to you today; the official mixels.com website. 🙂 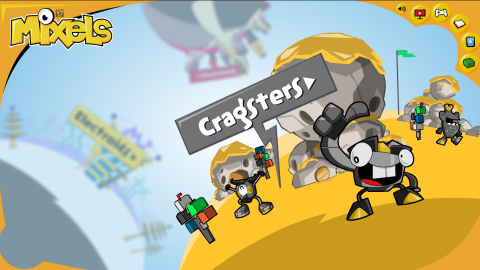 When you first enter the LEGO Mixels website a small cartoon plays as an intro to the characters and story. After that you are presented with a “homeland” for the Mixels, where you can learn more about the Electroids, Infernites and Cragsters (the three tribes featured so far from Series 1), watch videos, and play games. 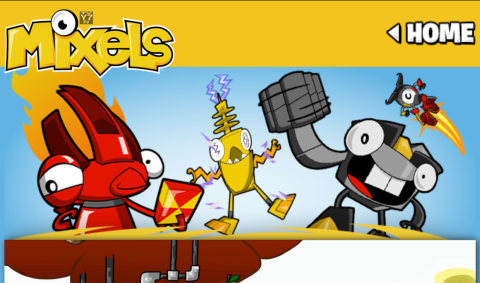 As seen in the shorts, another key element to the Mixels is using a small “color-wheel” type object, that can be used to combine the Mixels into unpredictable forms – as you can see below where two characters, Sesmo and Zorch, got combined. 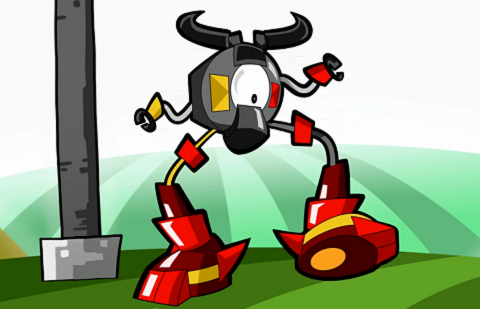 There are three types of combinations for the Mixels characters. MIX: Combine two Mixels and get twice the power. The one Mixel will be the dominant character, while the other Mixel will give it extra powers to solve a particular problem or get you out of trouble. MAX: Combine all three characters of each tribe and they become a MAX – a giant mega-Mixel who has all their powers combined! MURP: Combine two, three or even four Mixels in whichever way you like, but sometimes it goes a little bit wrong and it becomes a MURP – a weird mixed-up Mixel with totally unique personality that cannot be controlled.

And of course besides seeing the crazy combinations on Cartoon Network, you can use the elements in your LEGO Mixels sets to create all kinds of combinations; an excellent way to enhance your LEGO building skills and experiment with some new techniques! 😀 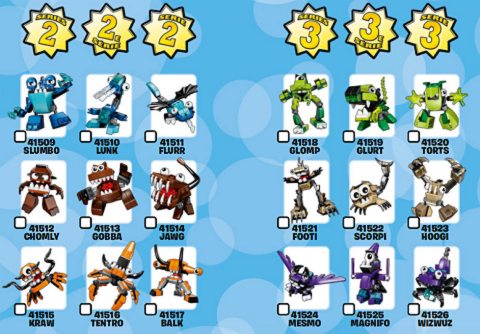 The Mixels website also has a picture of the LEGO Mixels characters in Series 2 and Series 3. In Series 2 there is a blue water tribe, brown mud tribe, and an orange tribe I’m not sure what it represents, and in Series 3 a green plant tribe, a tan tribe I’m again not sure about, and a purple tribe that seems to have magic/psychic/hypnotic abilities. We shall see soon enough…

So visit the Mixels website and let me know what you think! Also, did you pick up any of the LEGO Mixels sets yet? How do you like them? Feel free to share in the comment section below! As you see, I’m a new contributor here at TBB. My name is Alex and I’m just transitioning from a KFOL (Kid-Fan-of-LEGO) to a TFOL (Teen-Fan-of-LEGO) this year. I hope you like my first post – feedback is welcome and thanks for reading! 😉

Previous post: LEGO brickfilm: A Shot in the Dark