The LEGO Movie – contests for everyone!

With the release of The LEGO Movie LEGO also launched a couple of fun LEGO contests you may want to participate in. There is something for all ages and skill-levels, so if you want a fun challenge and also win some prizes, here is your chance to be AWESOME! 🙂

➡ For younger kids there is the Emmet Awards, a series of monthly contests that will test their imagination and building skills. This contest will run between February and July. Every contest will have five nominees chosen and there will also be an overall winner as well. And of course there are going to be some prizes too! There is not a whole lot more known as this point, but look out for further announcements at Emmet Awards website.

The first LEGO contest in the Emmet Awards series was just announced a couple of days ago. It is quite simple; just go to the Emmet Awards website and follow the directions. It basically involves arranging your favorite scenes from the movie, adding a cover and some audio clips and you are done. It is called the Direct Your Own Movie Contest.

➡ If you are sixteen or older and want something more challenging, there is also the Be The Special – The LEGO Movie REBRICK Competition. (REBRICK is LEGO’s own website for older LEGO fans.) This LEGO contest runs from February 10th until March 31st. It is an alternative build competition where you take an existing LEGO set and use the pieces to create something new and original. The catch? You can only use pieces from that set. The size of the LEGO set doesn’t matter, or when it was released, so long as you only use parts from that set. 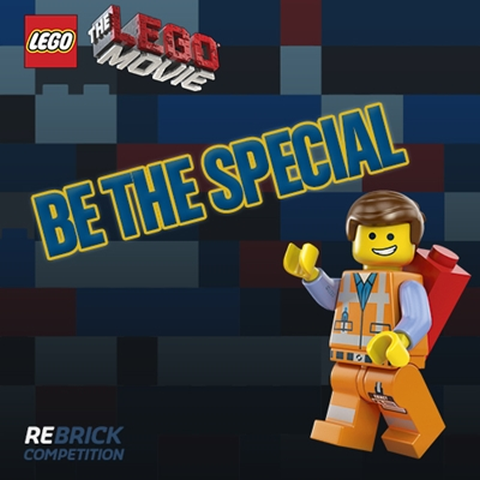 You can either take a picture of your LEGO contest entry, or a video. The top 10 models with the most votes or “likes” by the REBRICK community will be entered into the semi-finals from which the judges will choose the first, second, and third place winners by mid-April, based on creativity, originality and relation to the chosen theme. The jury will consist of: Frederikke Hoff (Community Editor at the LEGO Group), Michael Fuller (Senior Designer at The LEGO Group who has worked on The LEGO Movie sets), and Chris McKay (Co-Director of The LEGO Movie). Just to get these people looking at your LEGO creation is an honor! 😀

Some other important rules besides that you can only build from one set is that you cannot use custom elements, and you cannot choose a set to rebuild from licensed IPs, such as Star Wars or Lord of the Rings. You can however use any LEGO Group created IP, such as LEGO City or LEGO Friends. You can use The LEGO Movie sets too. However using the LEGO logo anywhere in your creation will result in disqualification. You can read the full rules here: REBRICK CONTEST DETAILS 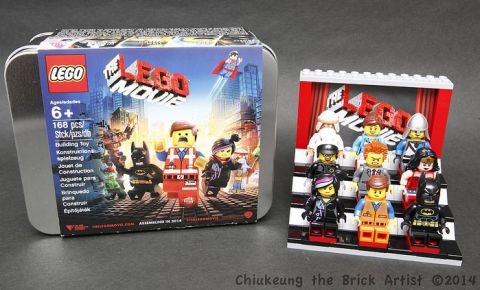 It would be really cool if some of our community members would enter the contests and show LEGO their awesome building skills! The first contest appears to be great for younger kids, and the second contest looks quite challenging for older builders! And the prizes are amazing too! What do you think? Are you planning to participate in either of these LEGO contests? Feel free to share in the comment section below! 😉