There are a couple of interesting LEGO projects that made it to 10,000 votes just recently that I thought we should discuss. One is the LEGO CUUSOO Doctor Who project, and the other is the LEGO CUUSOO Big Bang Theory. So let’s see what we got! 😉 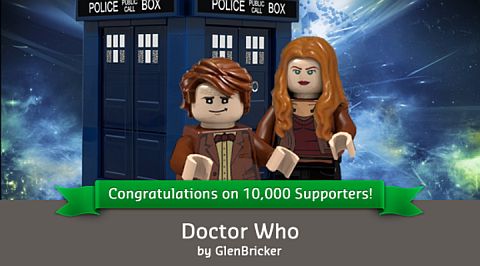 The first recent LEGO CUUSOO creation that made it to 10,000 public votes is the LEGO Doctor Who project by GlenBricker and Kaminoan. This was actually a really interesting development, as LEGO originally rejected all Doctor Who related creations citing licensing conflicts. However at the end of February it was announced on the LEGO CUUSOO Project Guidelines page, that the licensing issue has been resolved and Doctor Who related LEGO creations are welcome again. GlenBricker and Kaminoan didn’t waste time and listed their LEGO Doctor Who project right after the announcement. It took them less then two weeks to achieve the required 10,000 votes for LEGO to consider their idea for production. 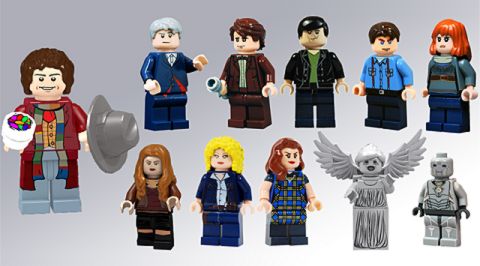 Here is what they shared about the LEGO Doctor Who project: “…Doctor Who fits in every theme LEGO has ever produced. It is like the grand unification theory. LEGO City, Castle, Space, Miners, Agents, Underwater, even Chima – if you go back to some of the older episodes… well, ok, so The Doctor would look a bit weird in LEGO Friends, but even then, he is visiting some strange Alien species… So what we are looking for in this LEGO set are the elements that are harder to come by, a few LEGO parts that have not been molded in the correct colors, and of course some figures. Just enough content to drop the TARDIS, the TARDIS console, the Doctor, and his companions into a build for a little flavor, and a few trouble-makers to stir the pot. We are suggesting 5 minifigures, K-9, and 3 Brick Built Daleks for characters. We are also suggesting the TARDIS external (police-box) and a TARDIS console.” 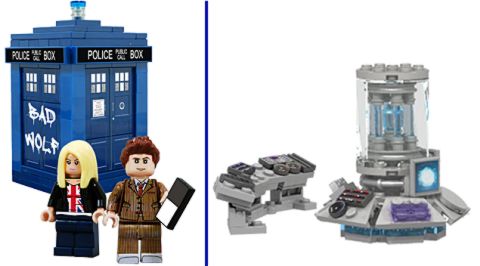 I know that Doctor Who is a significant part of British culture, and elsewhere it has become a cult television favorite, but the fact remains that most people outside of the UK have little idea what the show is about. So here is a bit of info about it from Wikipedia: “Doctor Who is a British science-fiction television program produced by the BBC. The program depicts the adventures of the Doctor, a Time Lord, and time-travelling humanoid alien. He explores the universe in his TARDIS, a sentient time-traveling spaceship. Its exterior appears as a blue British police-box, which was a common sight in Britain in 1963 when the series first aired. Along with a succession of companions, the Doctor faces a variety of foes while working to save civilizations, help ordinary people, and right wrongs.” You can read more about the series on Wikipedia.

I’m very curious to see if this LEGO Doctor Who project is actually going to be made into a LEGO set. So far the official response from the LEGO team has been the following: “Congratulations GlenBricker and Kaminoan on reaching 10,000 supporters on LEGO CUUSOO! You’ve presented a very nice TARDIS exterior and interior playset, and an assortment of characters from which to choose. We’re looking forward to considering this project in the LEGO Review, but for now excuse us while we go make an electroshock device… just in case this really IS a Nestene plot to take over the world via a toy factory! We now officially advance this project to the Review phase.” 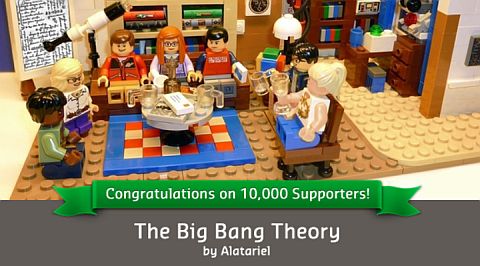 The other LEGO CUUSOO project that just reached 10,000 public votes is the LEGO Bing Bang Theory by Alatariel and GlenBricker (yep, GlanBricker is on a roll here!). This LEGO set proposal is based on the popular American sitcom The Big Bang Theory created by Chuck Lorre and Bill Prady. The set represents the living-room of Sheldon Cooper and Leonard Hofstadter, which is the core location of the series. It’s filled with geeky details accurate to the show including Sheldon’s board, Green Lantern lantern, Rubik’s cube tissue box, DNA model, mini LEGO Death Star and more. You can read more about the series on Wikipedia. 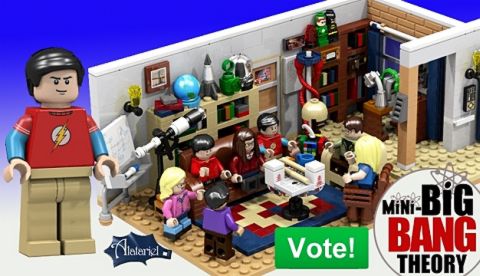 This project also made it to the LEGO CUUSOO Review phase where a LEGO Review Board composed of designers, product-managers, and other key team members will examine the ideas. They will build concept-models and determine if the concept meets their standards for what it takes to be a LEGO product. This includes factors such as playability, safety, and fit with the LEGO brand. Every potential LEGO product goes through a process like this and must meet the same standards. The next review begins in May and ends in September.

Once the review is complete, the LEGO CUUSOO team will inform the LEGO community of their decision on which project meets their approval and goes to the Development phase of the process. During this time LEGO model designers refine the product and develop it for release, create the product materials (box, instructions, marketing), and get everything ready for a production run. This also takes several months, but the end we will have the next LEGO CUUSOO project! In the meantime you can check out the currently available LEGO CUUSOO sets at the Online LEGO Shop.

So what do you think? How do you like these two LEGO CUUSOO projects that successfully made it to the Review phase? Which one would you like to see as an official LEGO set? And which do you think has the better chance? Feel free to share and discuss in the comment section below! 😉