An interesting piece of news that came out this past weekend is the first image of the #75059 LEGO Star Wars Sandcrawler that is rumored to be released on Star Wars Day (May 4th) of this year. The picture is from the upcoming updated and expanded version of the LEGO Star Wars: The Visual Dictionary, and shared by flickr user kjavis88. Check it out! 🙂 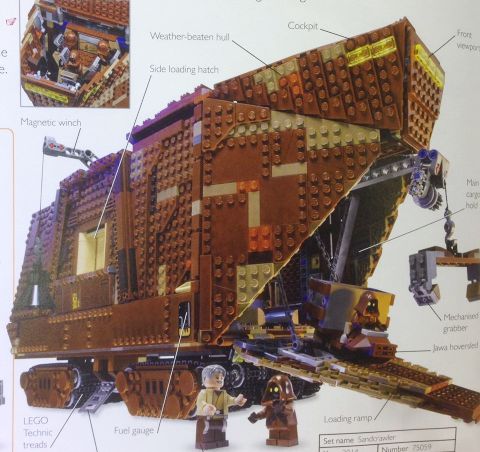 As you may remember there was a previous version of this set released back in 2005; the #10144 LEGO Star Wars Sandcrawler. That original set came with 1669 pieces, 11 minifigures (including the highly sought-after Jawas) and retailed for $140. The new version of the LEGO Star War Sandcrawler is quite a different design with a plated instead of brick-built hull. The Jawas are of course included, along with Uncle Owen and presumably several droids. The minifig and piece count is not yet confirmed, but the rumored price is $350 – which puts this into the large and expensive LEGO Star Wars sets category, somewhere between the #10236 LEGO Star Wars Ewok Village (1990 pieces – $250) and the #10188 LEGO Star Wars Death Star (3803 pieces – $400). So yeah, it’s big! 🙄 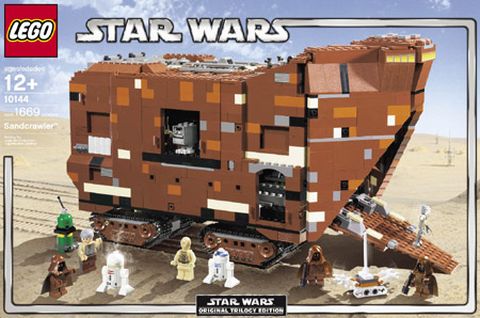 We only have this one image of the new LEGO Star Wars Sandcrawler, but my initial reaction is that it looks great. I like the plated hull which gives is a rugged, weather-beaten and roughly-welded look. It will most likely come with a lot of features all around and inside. I’m a bit unsure about the large eyes of the Jawas, but I do hope they glow in the dark! 😎

Also, this is a good time to remember and pay homage to the motorized LEGO Star Wars Sandcrawler project on CUUSOO by mb_bricks, that although received the required 10,000 votes, was ultimately rejected by LEGO due to it’s tremendous size and cost (see video of this project below).

As I have mentioned, the picture is from the upcoming new version of the LEGO Star Wars: The Visual Dictionary. The book is scheduled to be released at the beginning of May as well. Below is the official description: 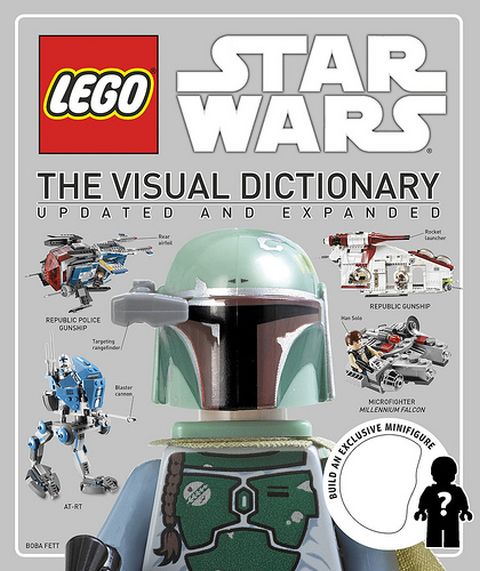 With more than two million copies of the original sold worldwide since 2009, DK now brings you a fully revised and updated edition of the #1 New York Times bestseller, LEGO Star Wars: The Visual Dictionary. Complete with 48 additional pages and updated throughout to show all of the new sets and innovations from LEGO Star Wars, LEGO Star Wars: The Visual Dictionary: Update and Expanded provides detailed and annotated photography giving insight into the characters, locations, creatures, and spacecraft of the LEGO galaxy far, far away. 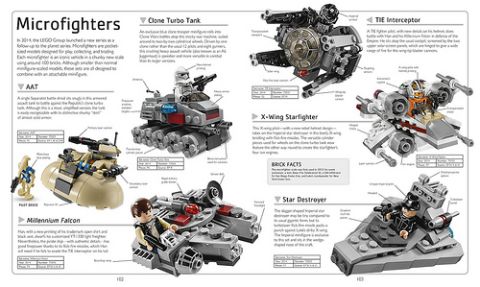 Young Padawans will learn the ins and outs about their favorite vehicles, weapons, and minifigures such as Anakin, Yoda, Luke Skywalker, and Darth Vader. Fans of all ages will learn about every LEGO Star Wars set released while exploring the updated cross sections that expose the inner workings of larger-piece sets such as the Death Star or Millennium Falcon. The updated “Beyond the Bricks” chapter goes behind-the-scenes to take a look at how LEGO sets are made, new models, plus fun fan creations. Of course this book would not be complete without an exclusive LEGO Star Wars minifigure, which is sure to impress even the most dedicated collector. See more details about the book and pre-order here: LEGO STAR WARS VISUAL DICTIONARY ON AMAZON

So what do you think of the new LEGO Star Wars Sandcrawler? Do you feel it’s an improvement over the original design? Are you looking forward to the release of this set? Feel free to share your thoughts and discuss in the comment section below! 😉